Mike and Gabi’s Engagement Session Allentown NJ was one of my favorite sessions at the barn yet! Their session was just all-around fun. They didn’t want anything too fancy. They brought a bunch of fun props and signs to use during their session, and I was so excited about the Light Sabers.

Mike and Gabi are huge Star Wars fans, so naturally, we had to incorporate Light Sabers into their session. At one point I told Gabi that she could have a Light Saber fight with Mike and she was happy about that. When I tell you she went to town on having a sword fight with Mike, I was worried she was gonna knock him out haha.

Mike and Gabi are avid golf players, musicians, and just all-around amazing people. We all attended Montclair State University together, which is where I met Mike and Gabi. Funny story, one of my first portrait sessions was for Mike’s Senior Recital Photos back in the spring of 2014. Boy have we both come so far since then. Engagement Session Allentown NJ

When I found out that they got engaged, I was so excited for them. I was even more excited and humbled that they would consider me to be their wedding photographer and when they reached out to sign a contract, I told them that they were in good hands, and they would have nothing to worry about.

Their session was supposed to originally happen at Verona Park, which is a great location to shoot at in North Jersey, however due to weather in North Jersey, we had to relocate to the barn in Allentown. Engagement Session Allentown NJ

I cannot thank you both for allowing me to capture your love story and I am so excited for your wedding days! Gabi and Mike are tying the knot in September 2020 and as they call it their “Instagram” wedding in August 2021. 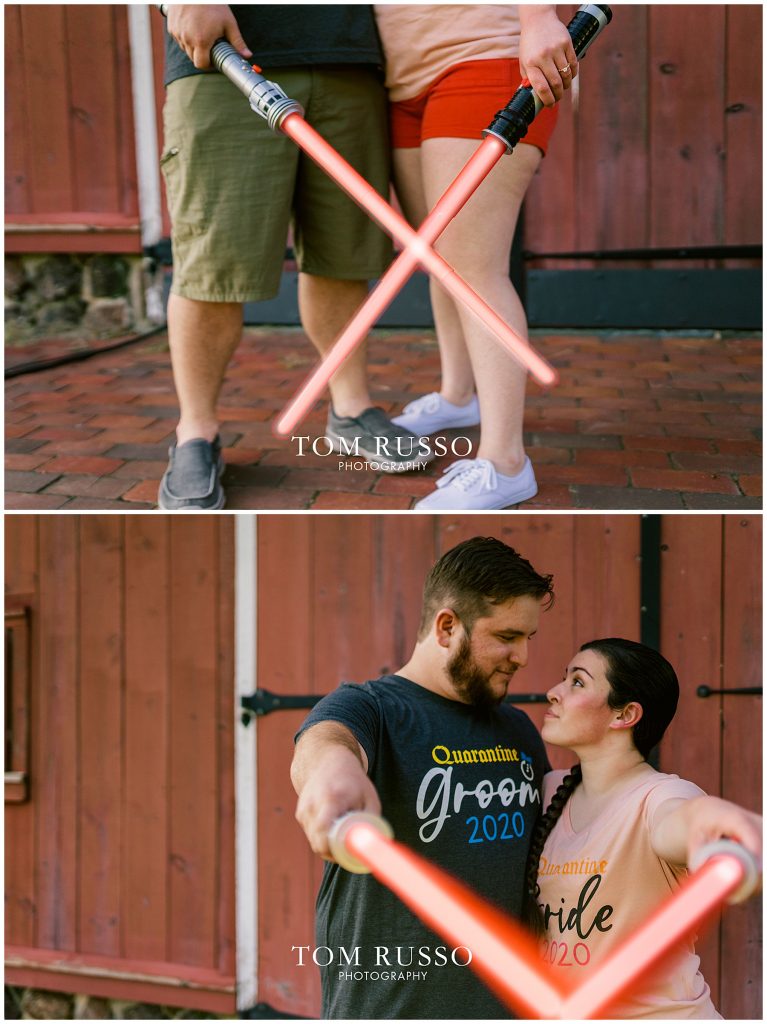 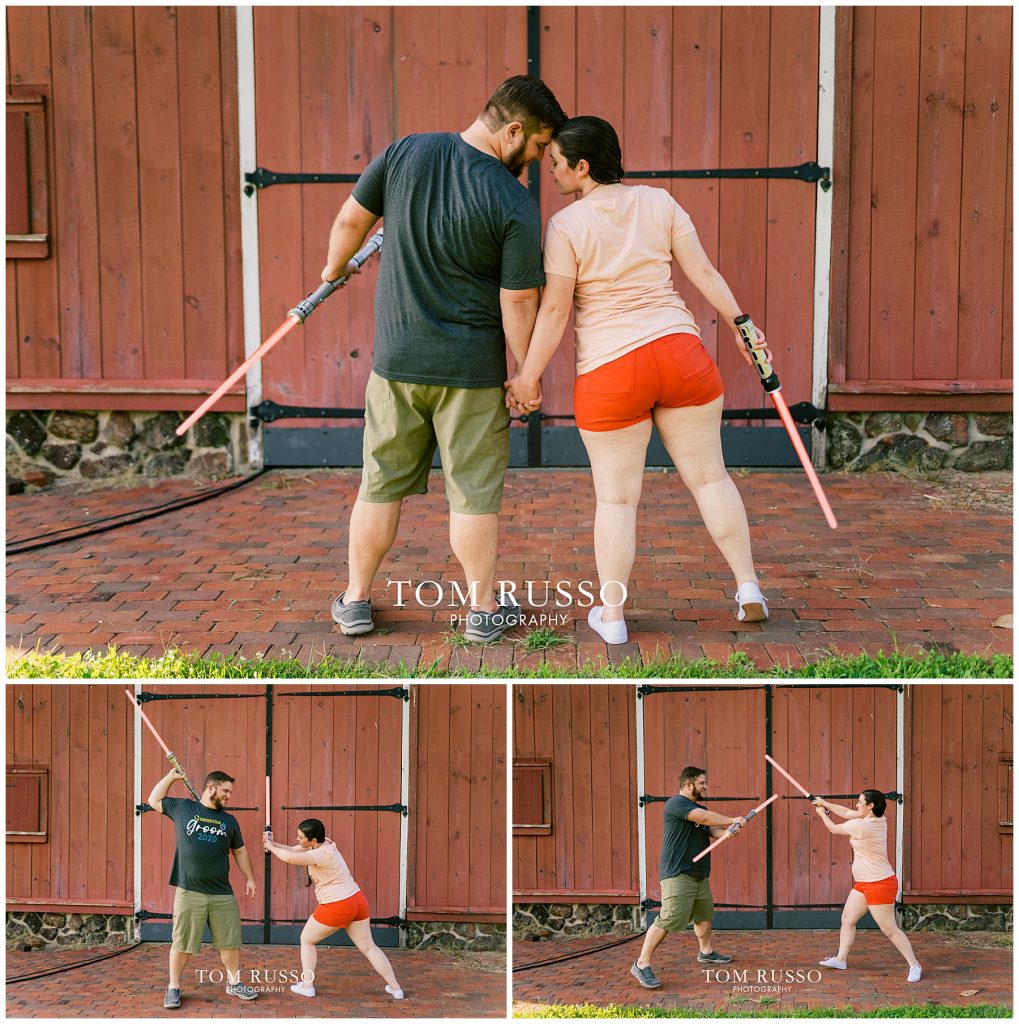 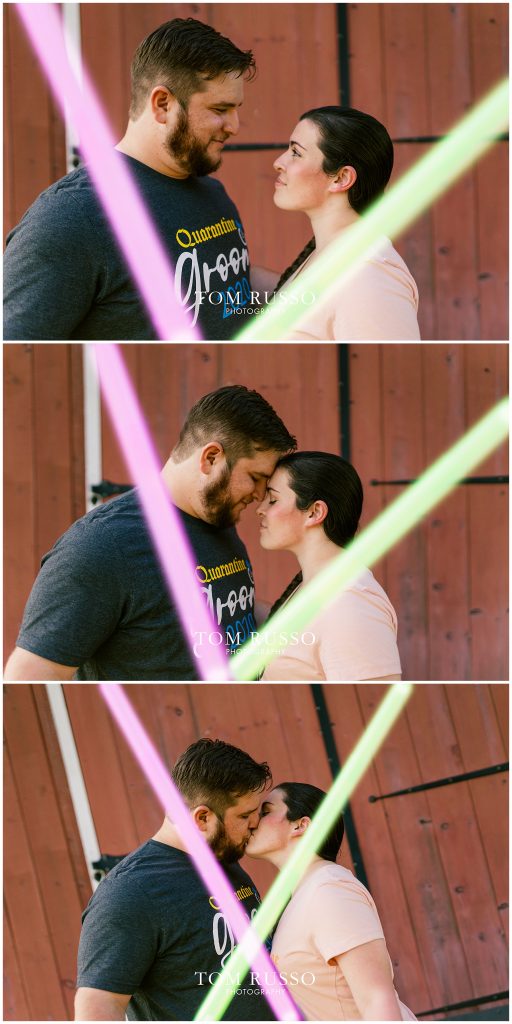 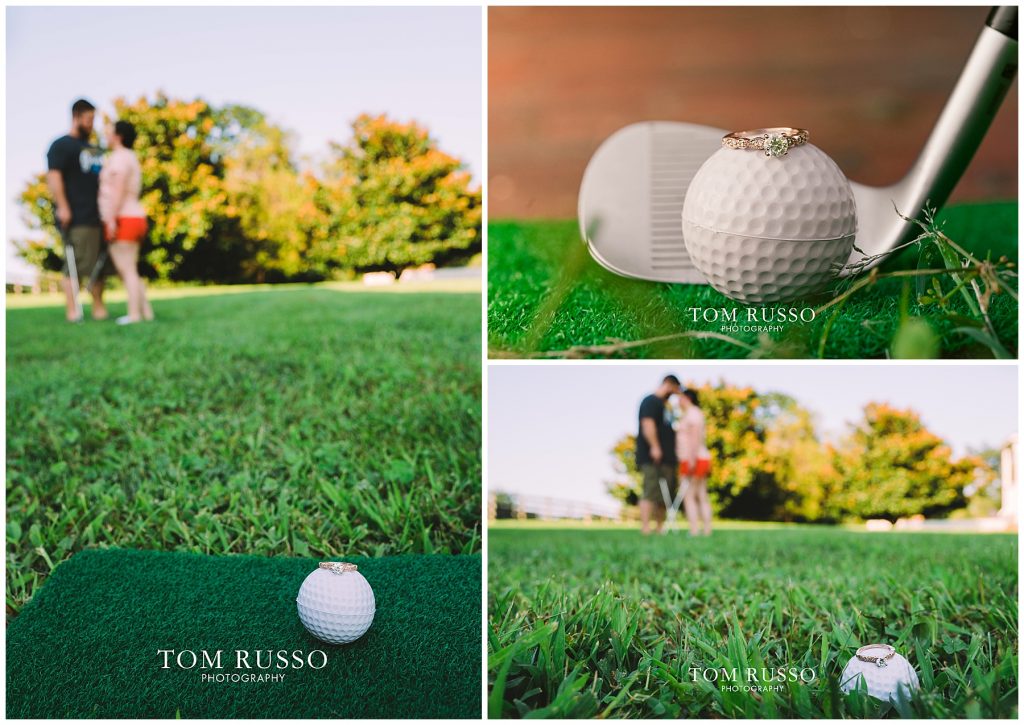 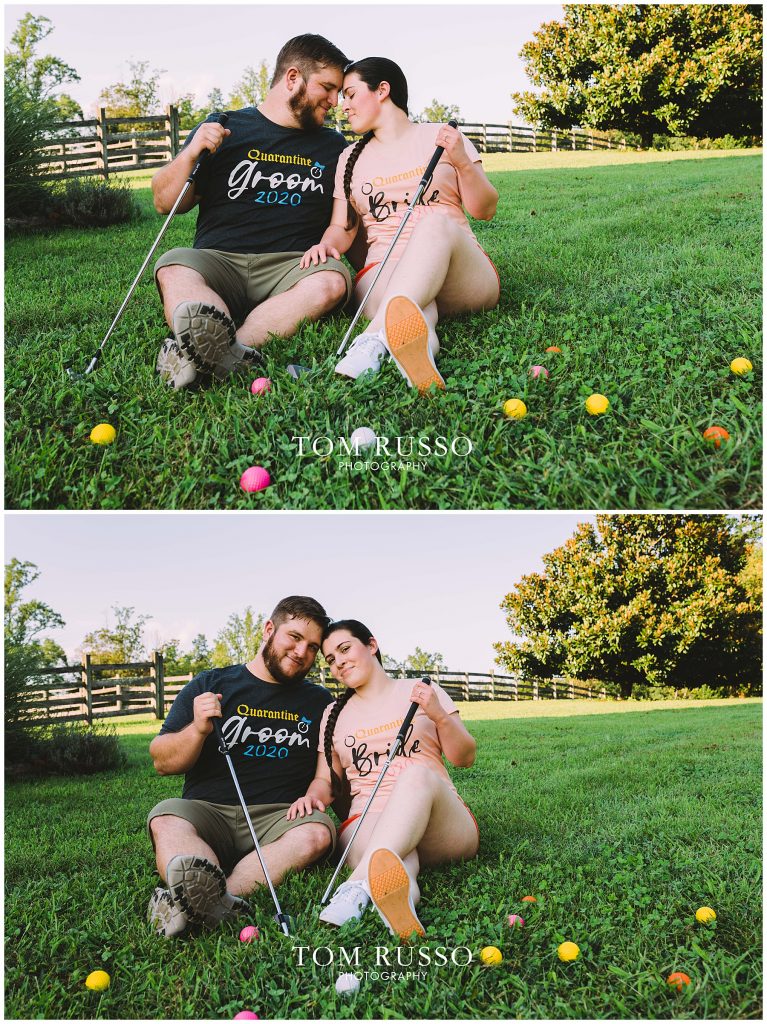 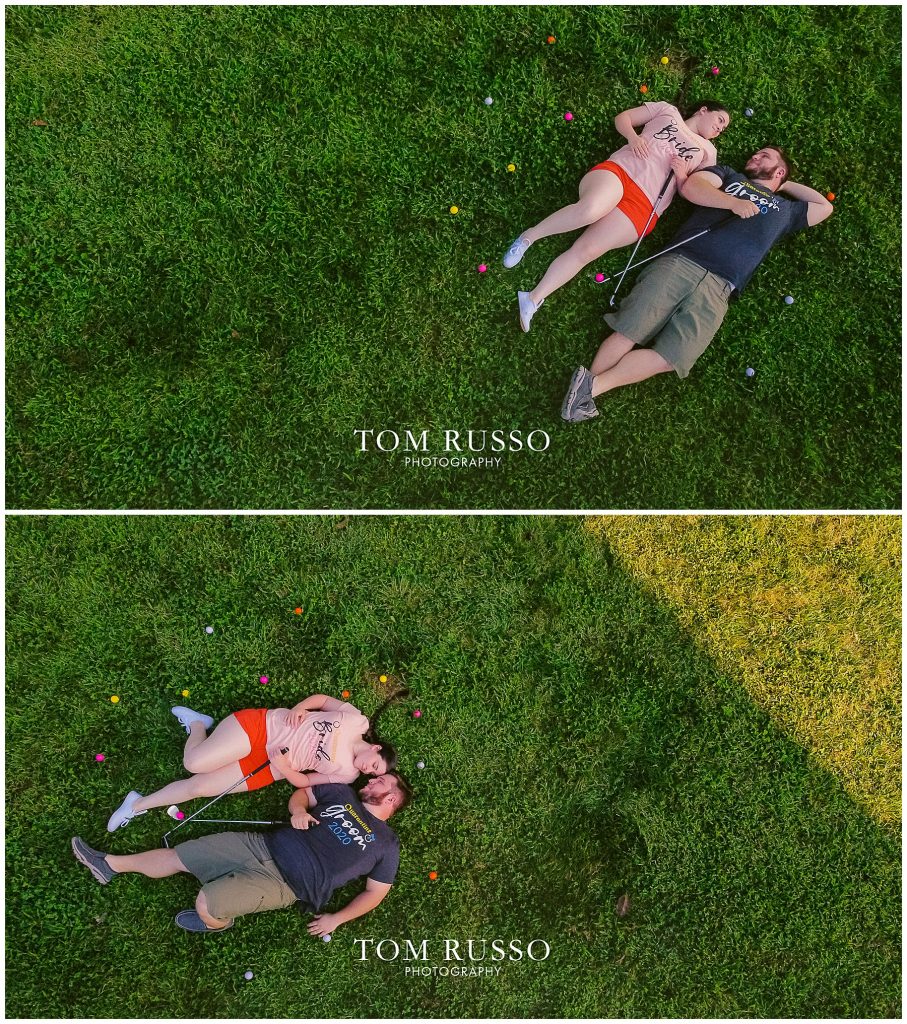 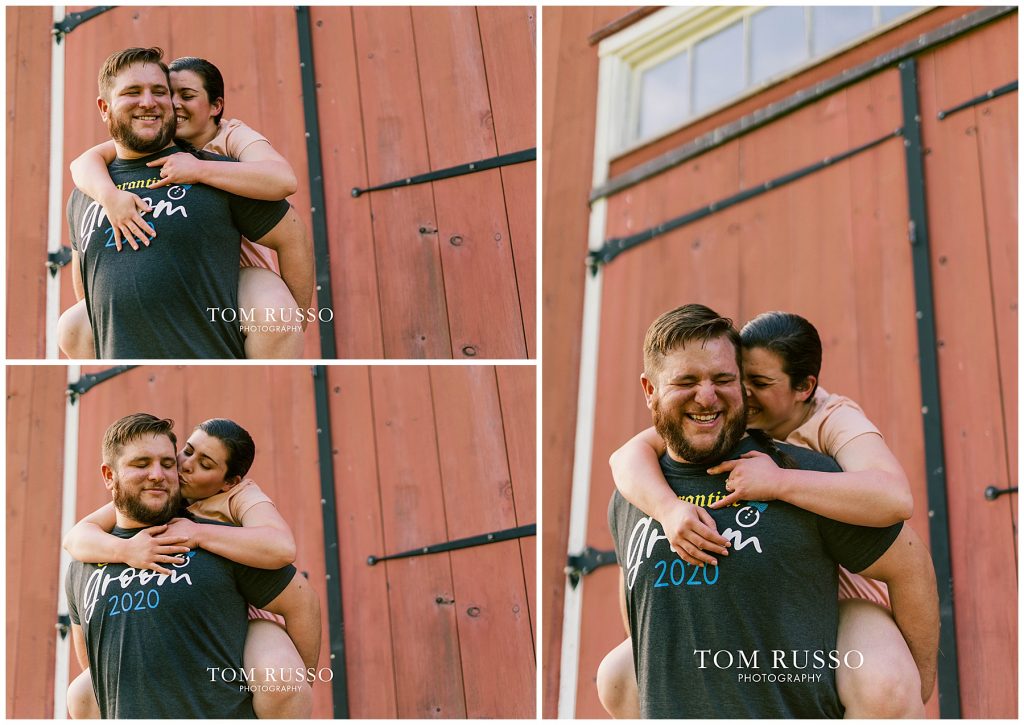 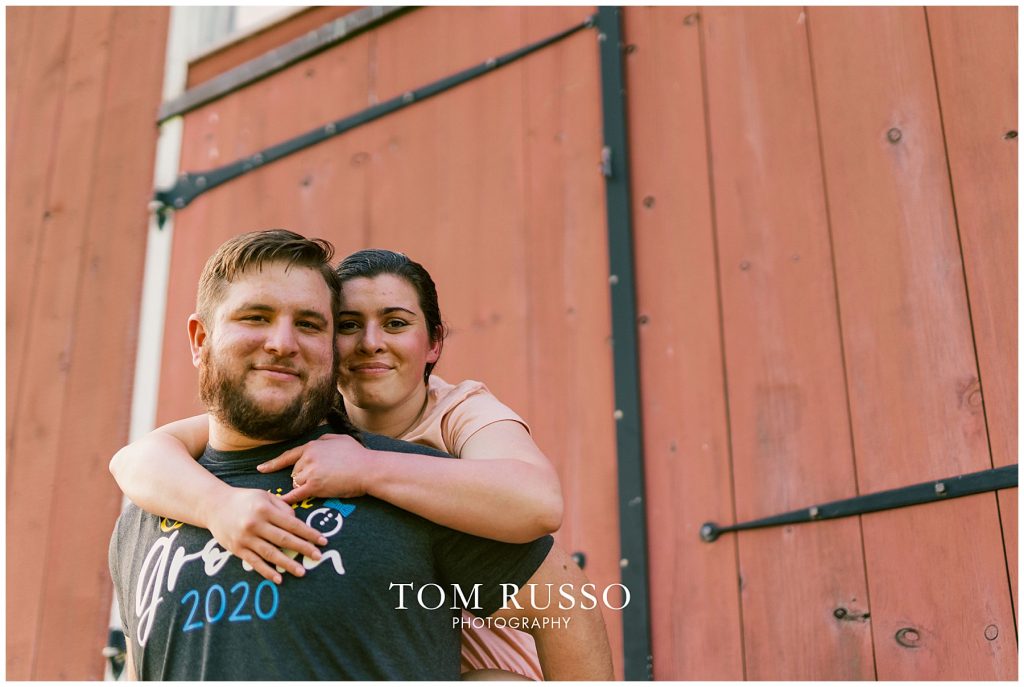 HOW DID THEY MEET?

Mike and Gabi met when they attended Montclair State University. Gabriella was a composition major who needed someone to sing one of her pieces and Michael, who has an incredible voice, agreed to perform it. It was a musical theater piece about a man who has a hidden attraction for a woman he’s helping. The Fates were doing some major foreshadowing that week. Engagement Session Allentown NJ

Mike and Gabi went on their first date to see Star Wars Episode 1 in 3-D and then 4 days later to Forte Pizzeria.

“We went to see Star Wars: Episode I in 3-D and had an amazing time! On our way out of the theater, they ran into some friends from school. Our friends asked if they were on a date, and I literally laughed out loud and said no… (I had never been asked out before and Michael was a bit too subtle.)” Engagement Session Allentown NJ.

They ended the evening with a lightsaber vs. sweatshirt duel; Michael had the sweatshirt…and sore knuckles. Even though Michael had a great time, he told me that he was discouraged that Gabi didn’t realize it was a date.

“Michael still had hope though! So he asked me out again on Valentine’s Day (I still missed the fact it was a date…it’s painfully true). When we got to the car, he surprised me with a beautiful purple rose and asked me to be his Valentine. I was extremely shy and bashfully hid behind the car, but agreed and we have been together ever since.” Engagement Session Allentown NJ 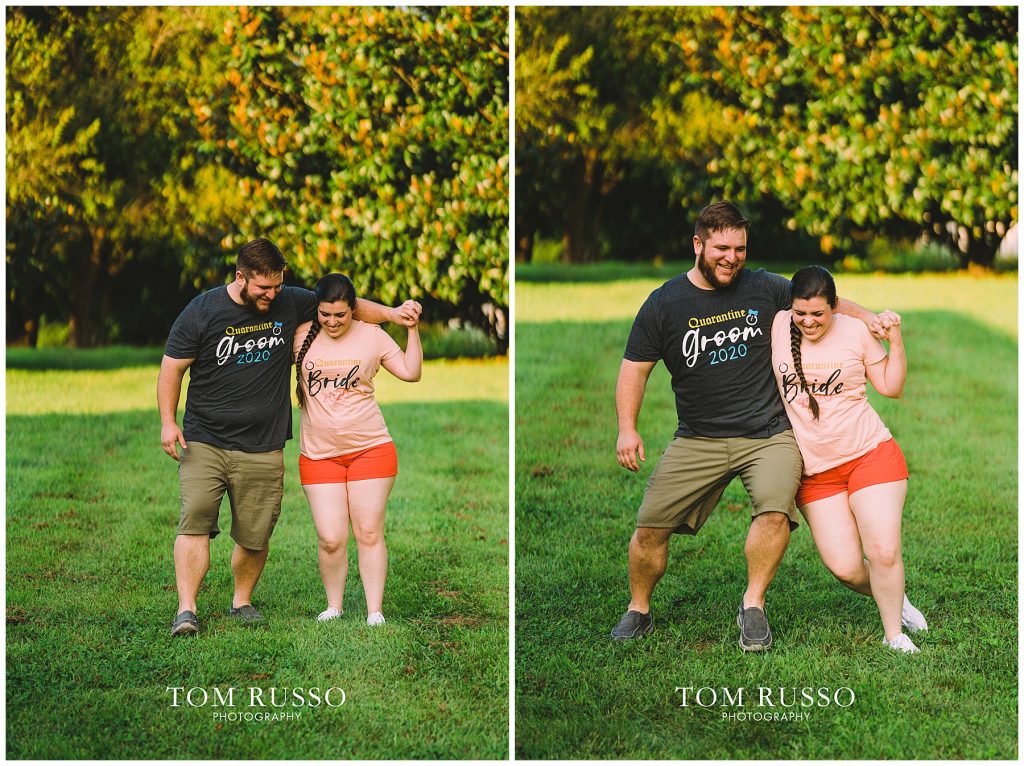 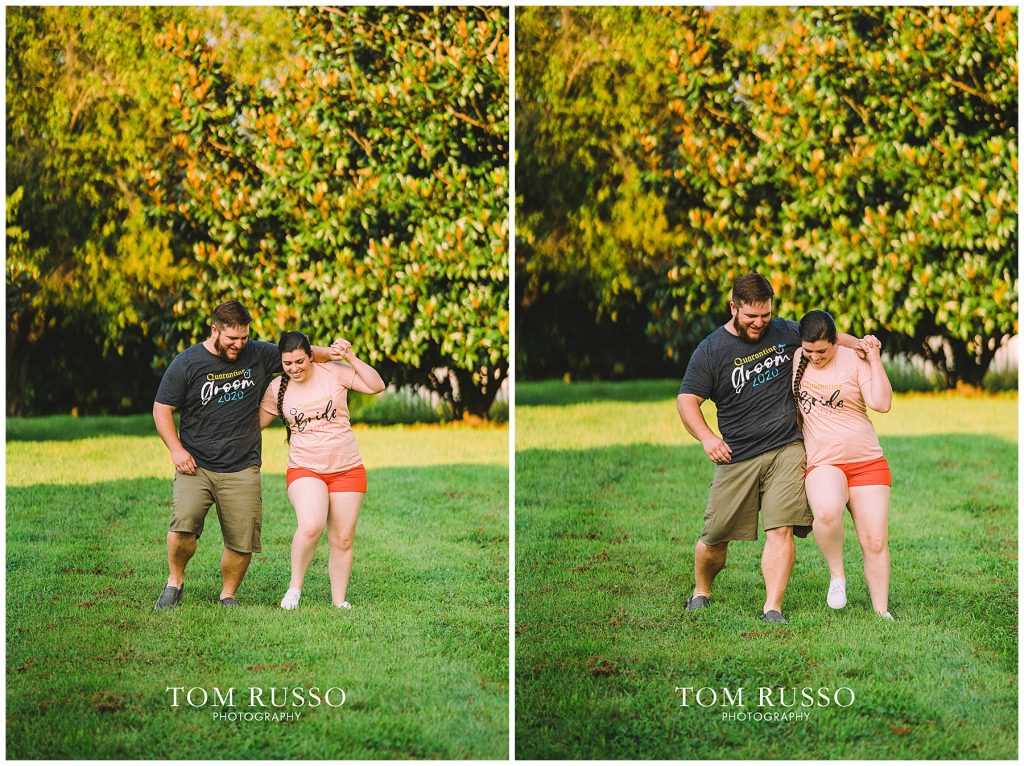 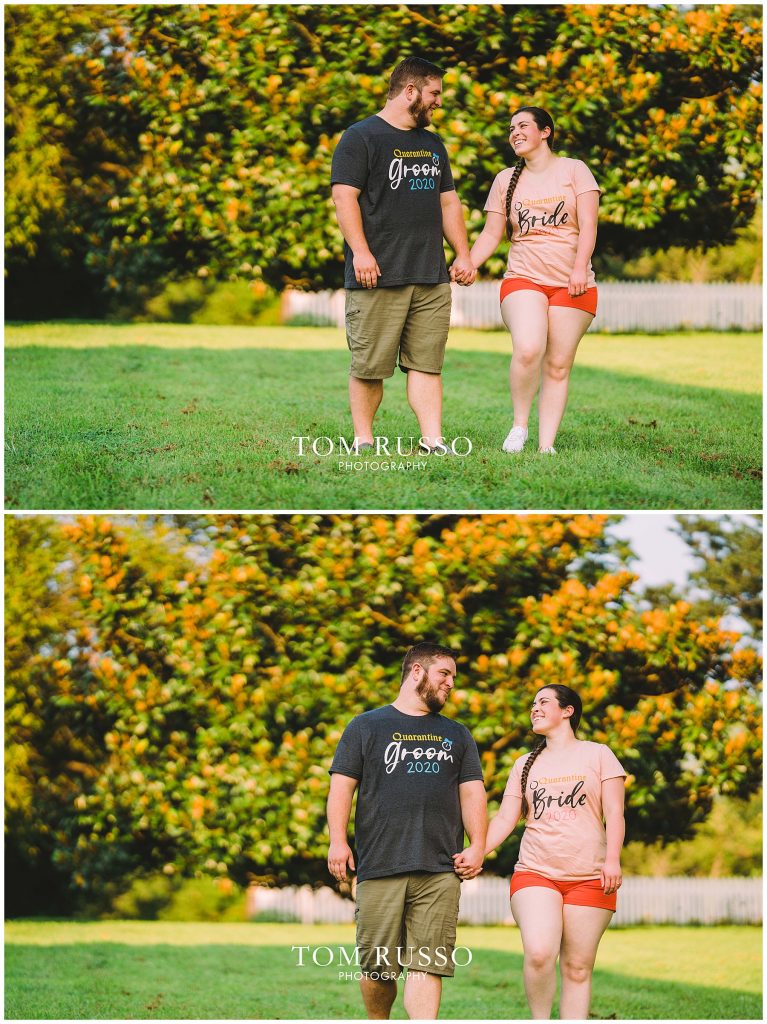 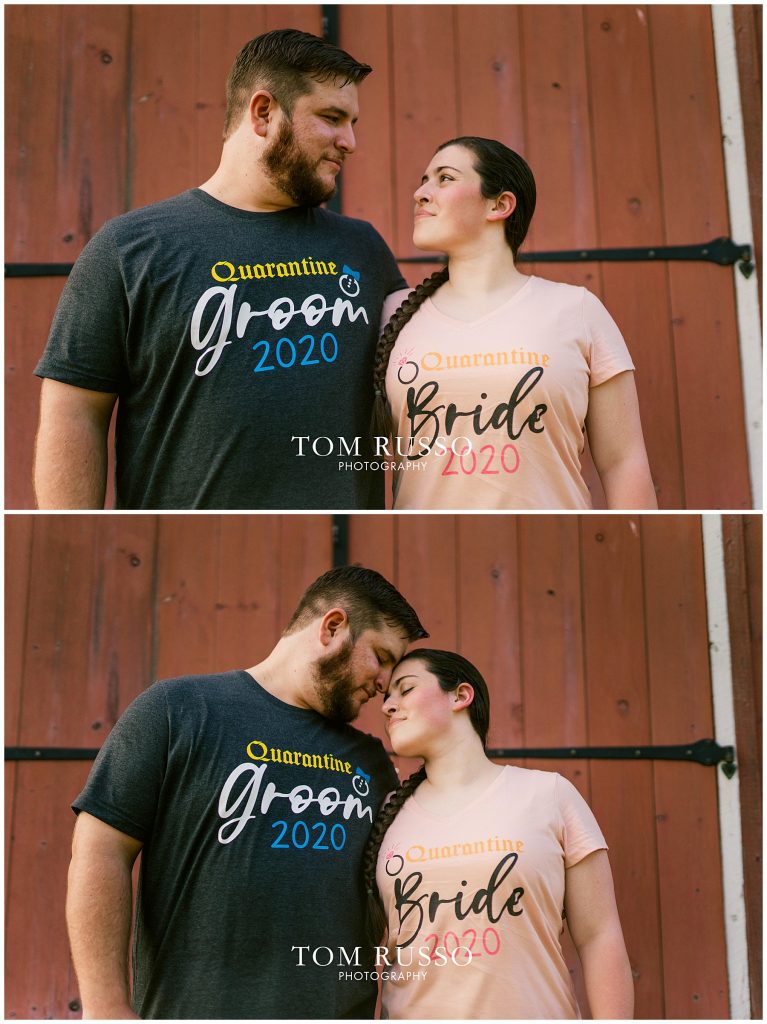 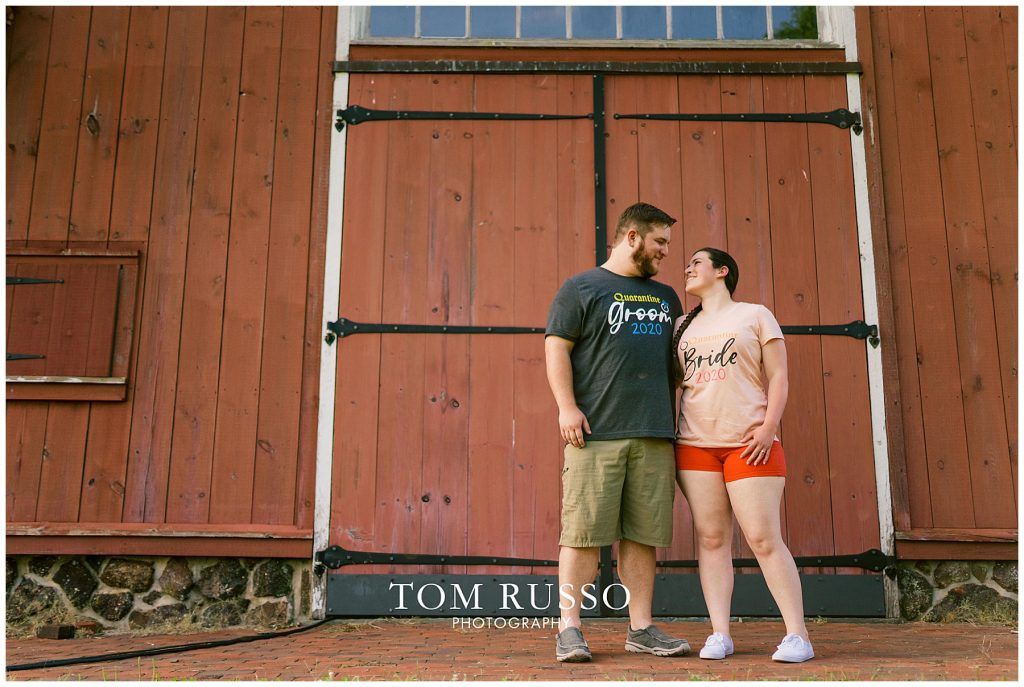 HOW THEY FELL IN LOVE

For Mike and Gabi, they fell in love with eachother in different ways. Gabi told me that four months into their relationship, Mike sent her a recording of him singing “You Leave Me Weak” by Toby Keith. By the end, she said that she was smitten for life.

I asked Mike the same question and he told me once the school year ended Gabi had to return to south jersey and during their first month apart, he realized there was a piece missing in his life and that piece was Gabi. Engagement Session Allentown NJ 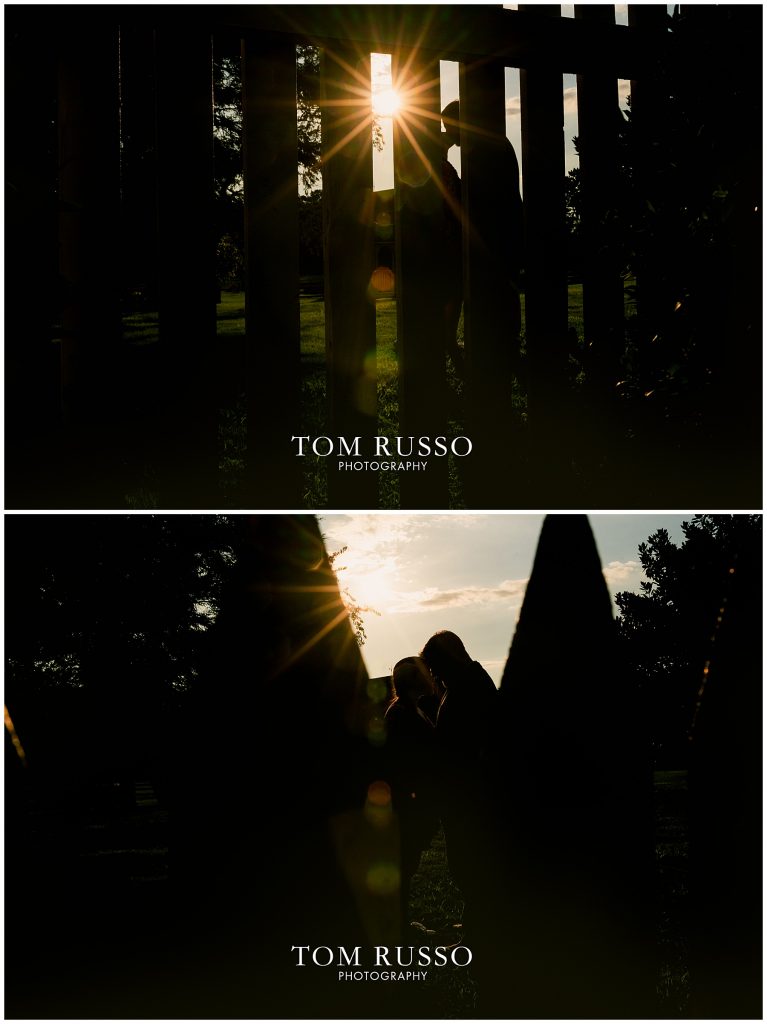 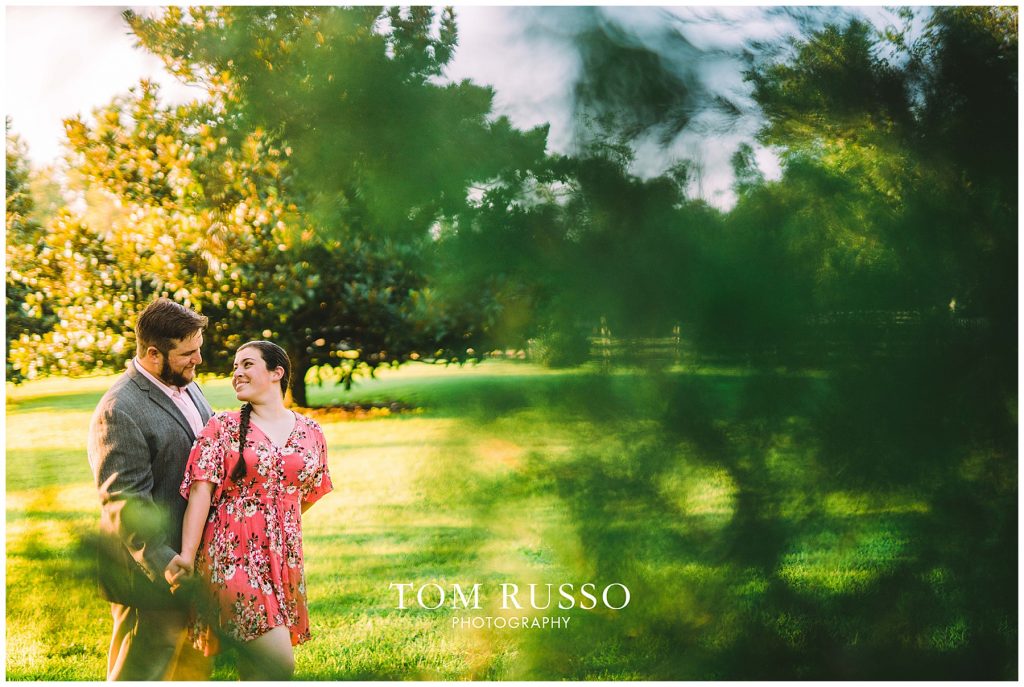 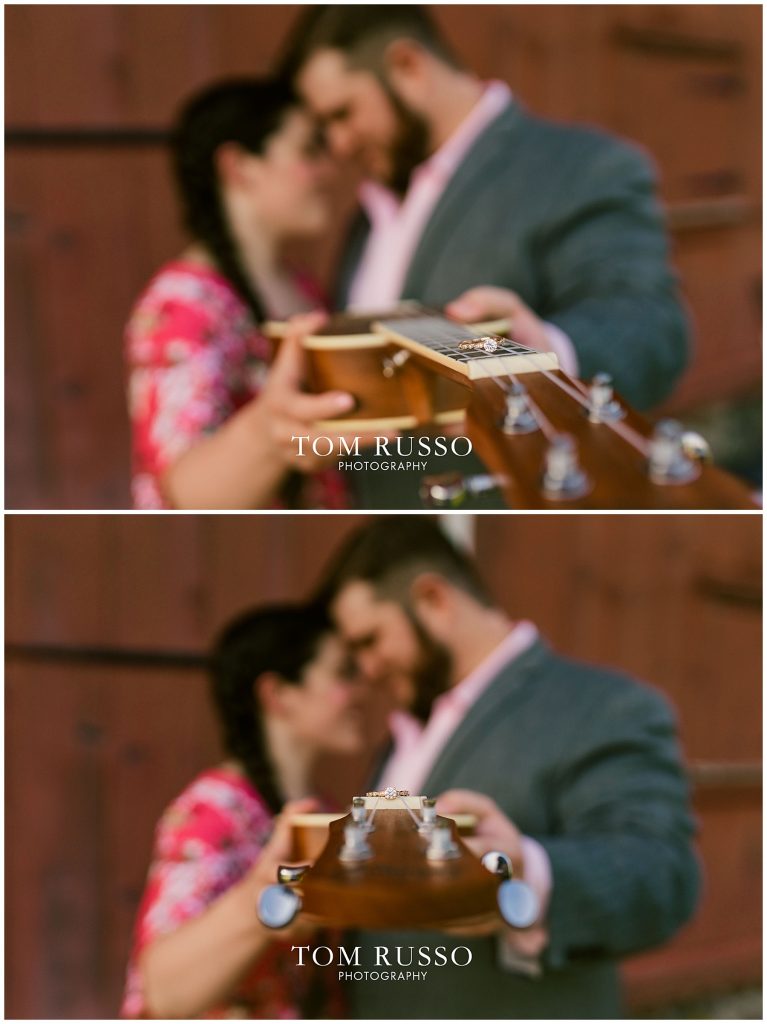 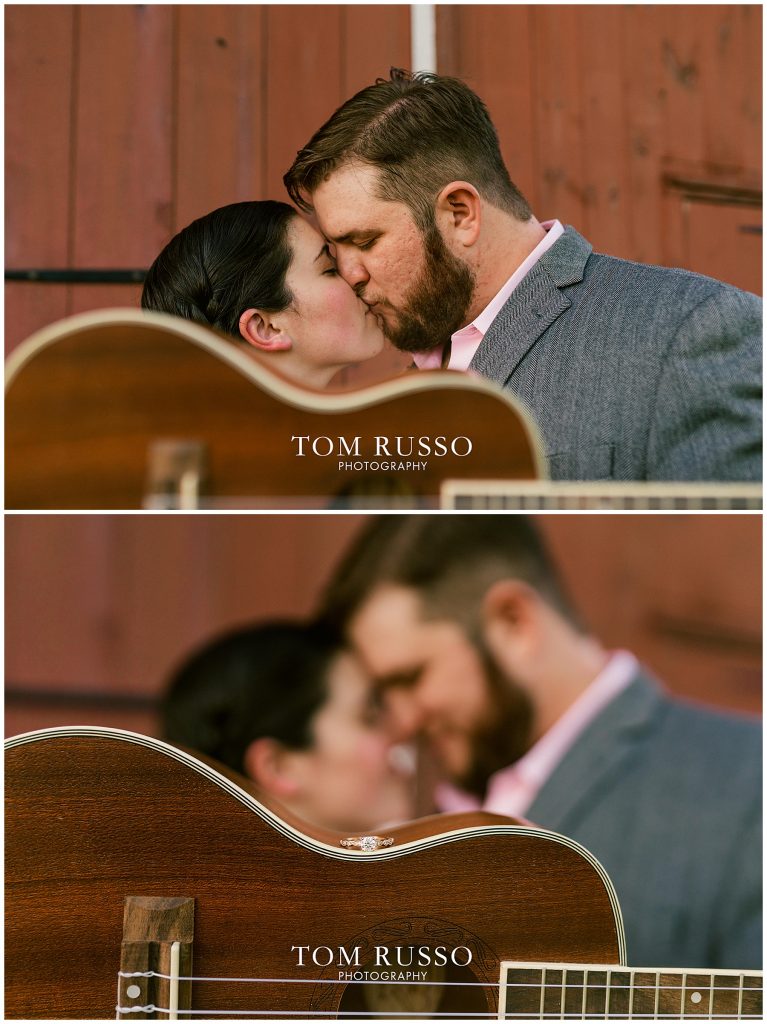 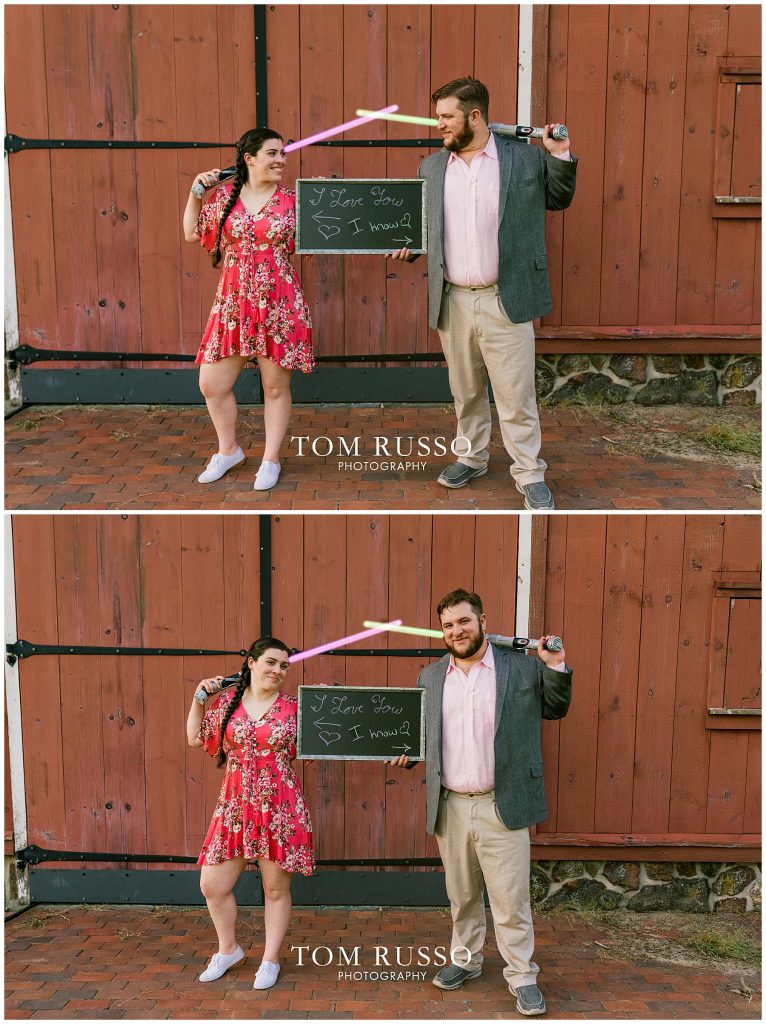 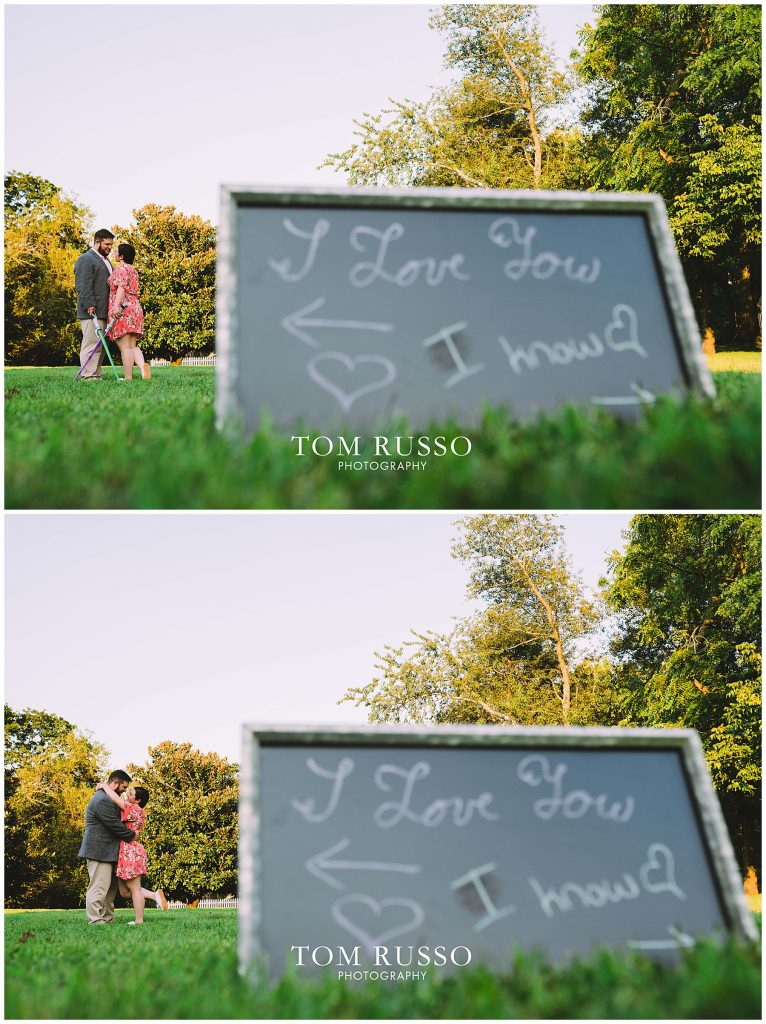 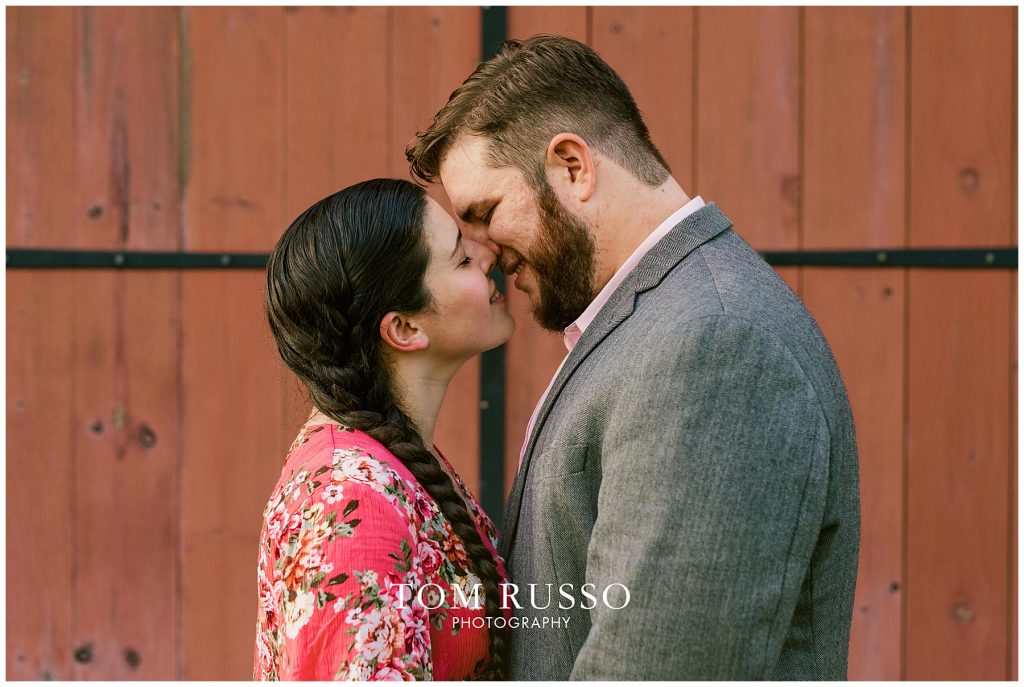 HOW DID HE PROPOSE

It was a weekend getaway for their birthdays (Gabriella’s August 2nd and Michael’s August 3rd). He took her to Niagara Falls. This was her childhood dream vacation!

On the second day, they found this AMAZING view of both the Horseshoe Falls and the American Falls at the same time. They came back to the spot in the afternoon. Gabriella leaned against the rail looking out and Michael hugged her tenderly from behind. After a moment he started to fumble in his pocket, then Gabriella turned her shoulders towards him. It was at that moment that she noticed a very small but beautiful wooden jewelry box in his hand.

He took her hand and spoke of how the past seven and a half years were the best of his life and that he loved her with all his heart. He opened the box to reveal the exact ring she had hoped for and asked the fated question: “Will you marry me?” After years of blossoming affection and dedication, he had finally put his heart completely in her hands and asked if she would keep it forever. Engagement Session Allentown NJ

It was in August of 2019 when all of Gabriella’s dreams came true with a simple word: “yes.” With her answer, they shared an embrace of a lifetime. Engagement Session Allentown NJ 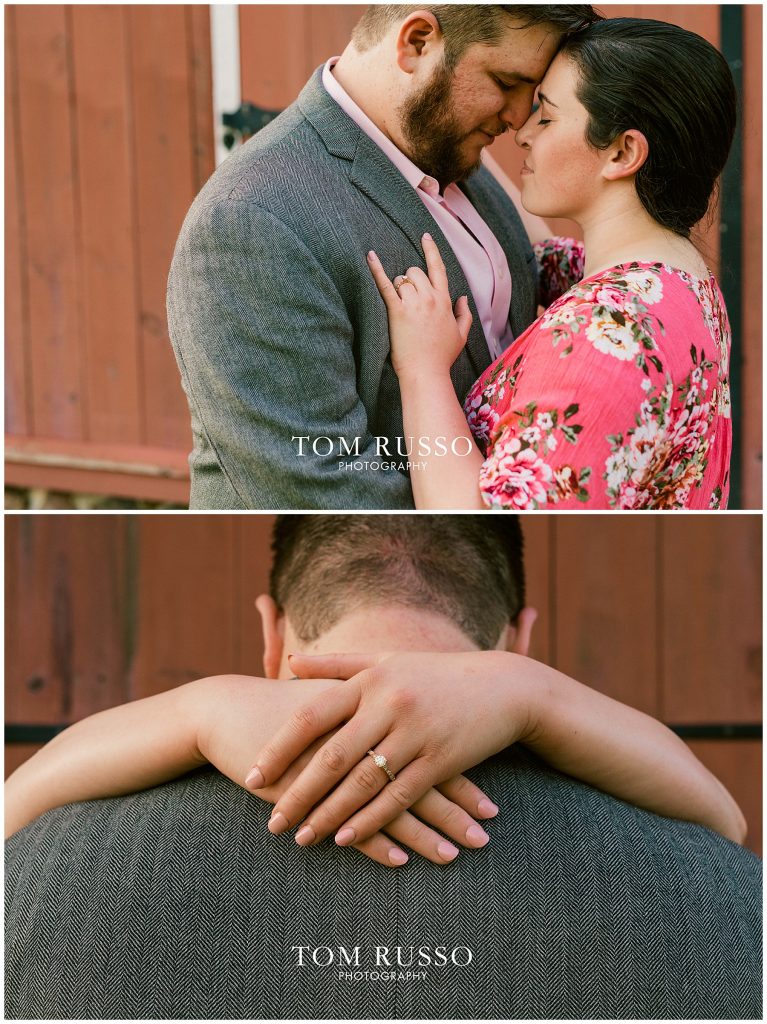 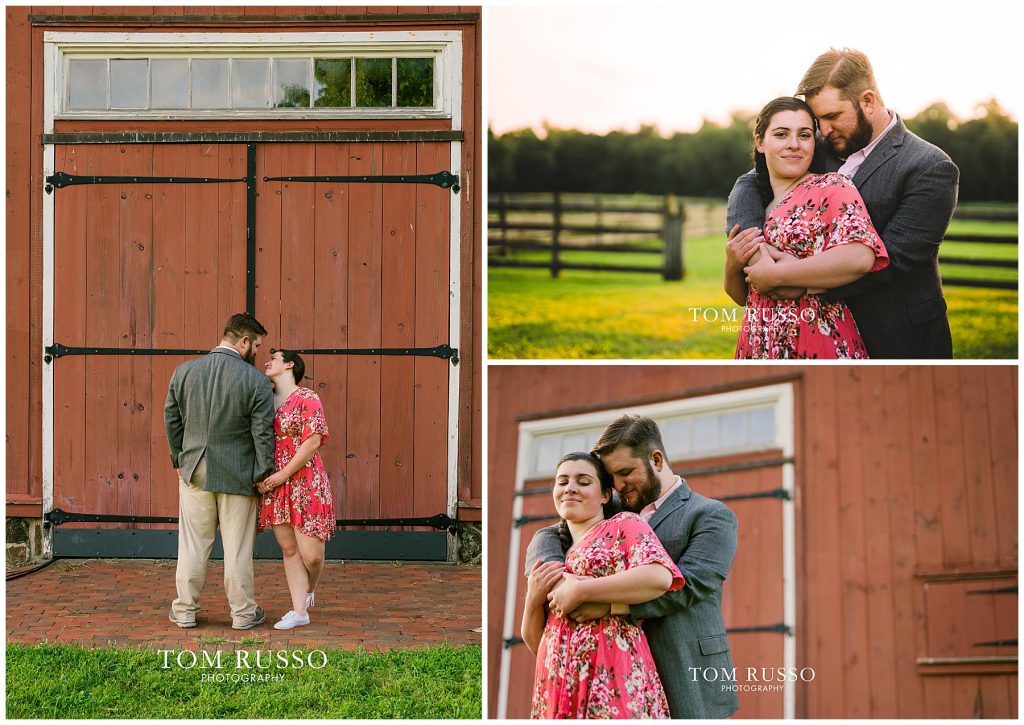 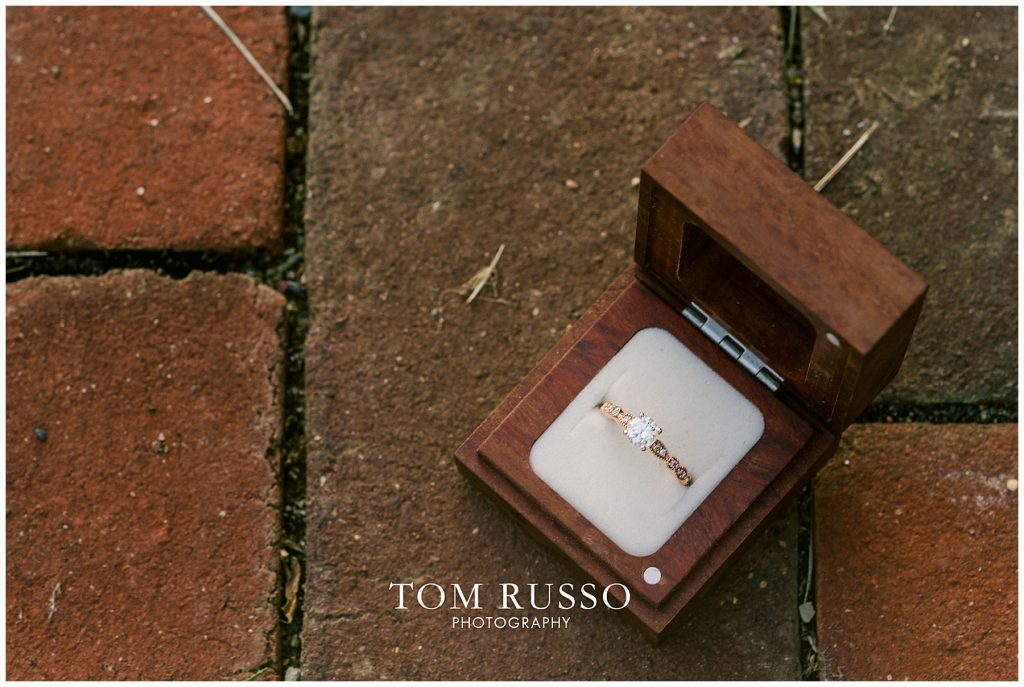 “When Opposites Attract and Don’t Kill Each Other”

WHAT IS SOMETHING THAT MEANS THE MOST TO YOU 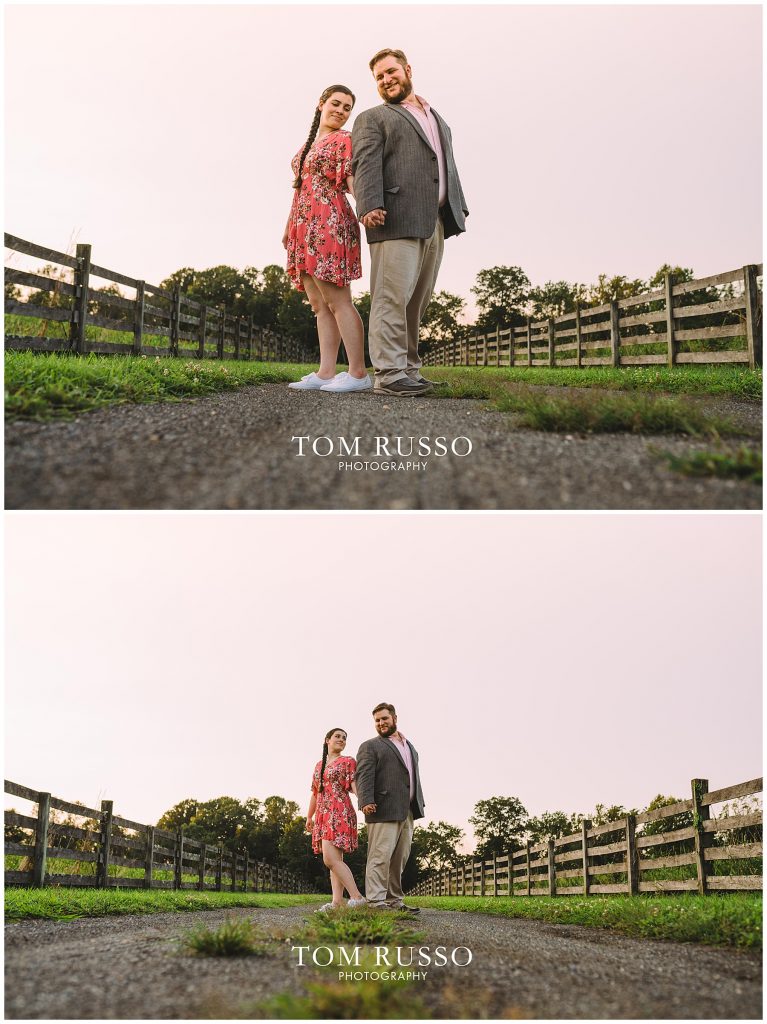 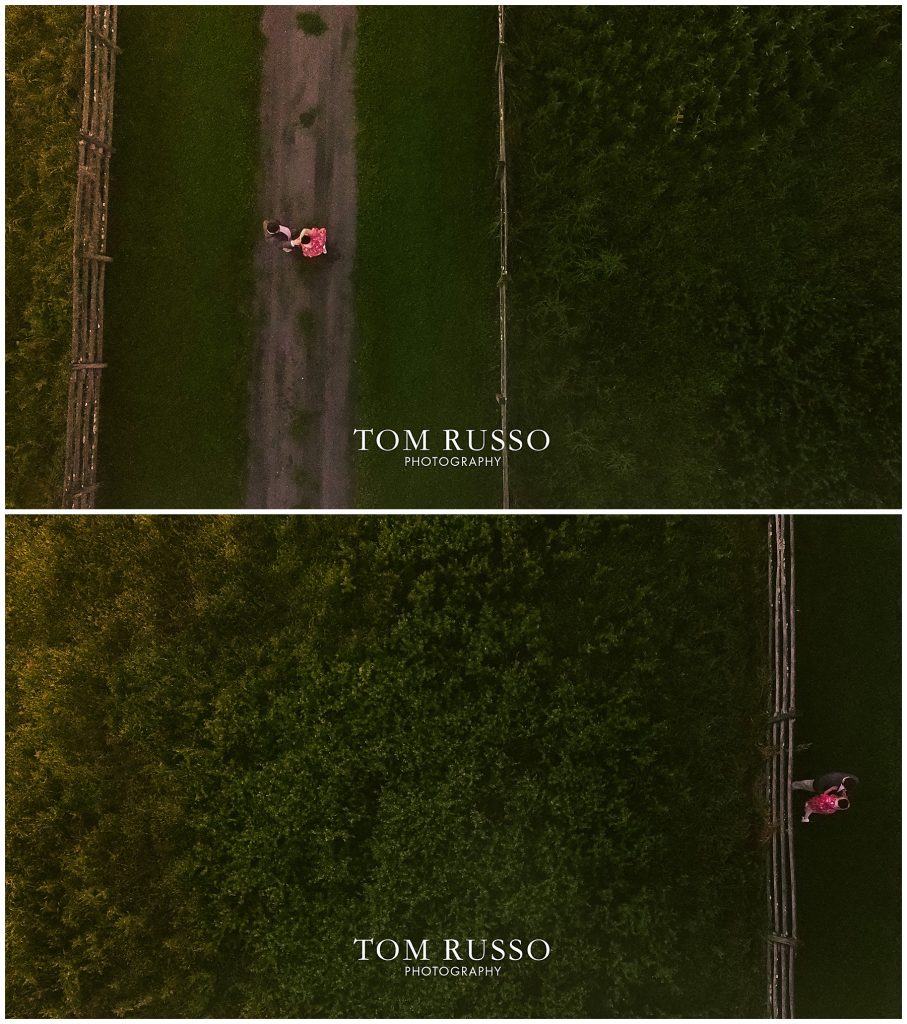 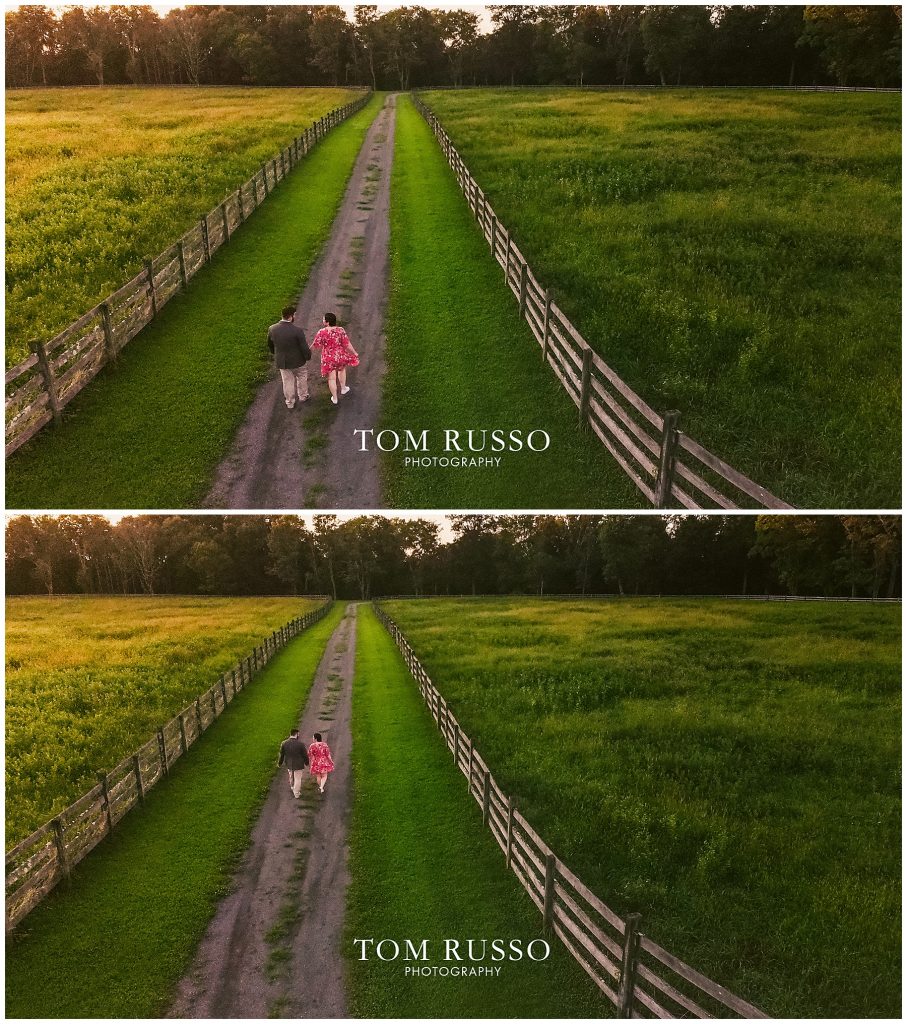 If you’re engaged or if you know anyone who is engaged and is looking for an Engagement Photographer Allentown NJ or a Wedding Photographer, please CONTACT ME