Carolann and Bryan’s Engagement Session Appalachian Trail was so much fun!! Carolann and Bryan are the sweetest people ever and I can’t wait for everyone to see the images below. I met these lovely people back at the end of 2019 from one of my free engagement session contests! We had to reschedule their session a few times because of COVID-19 and rain!

Carolann and Bryan met when they attended Ronkonkoma Middle School. As we all know, most middle school relationships either don’t last or are “not real” As Carolann told me, that “…it sounds corny but for me, it was kind of love at first sight. I didn’t know him but I knew his friends.”

“One day in middle school my friends and I were hanging out after school by the Gym and I saw him from afar walking in.. he forgot a book in his locker. I literally went on a hunt to find him inside the school and I did! Introduced myself and then he found me on Myspace the next day!”

Their first-ever date was in June of 2008 to the movies with their two friends. When they were in high school Bryan took her to a restaurant called Ragazzi.

Carolann was in 8th grade and Bryan was in 7th grade! The best part is that she sought him out and made sure she got to know him. Talk about young love at first sight. My favorite part is that they have been together this entire time and literally grew up as boyfriend and girlfriend!! 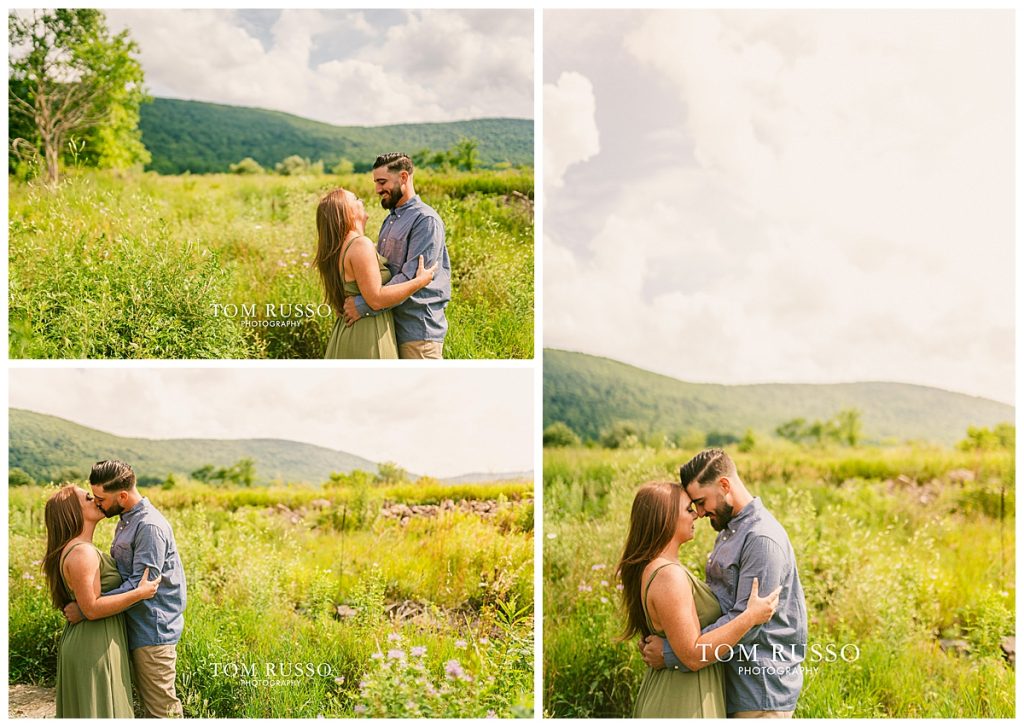 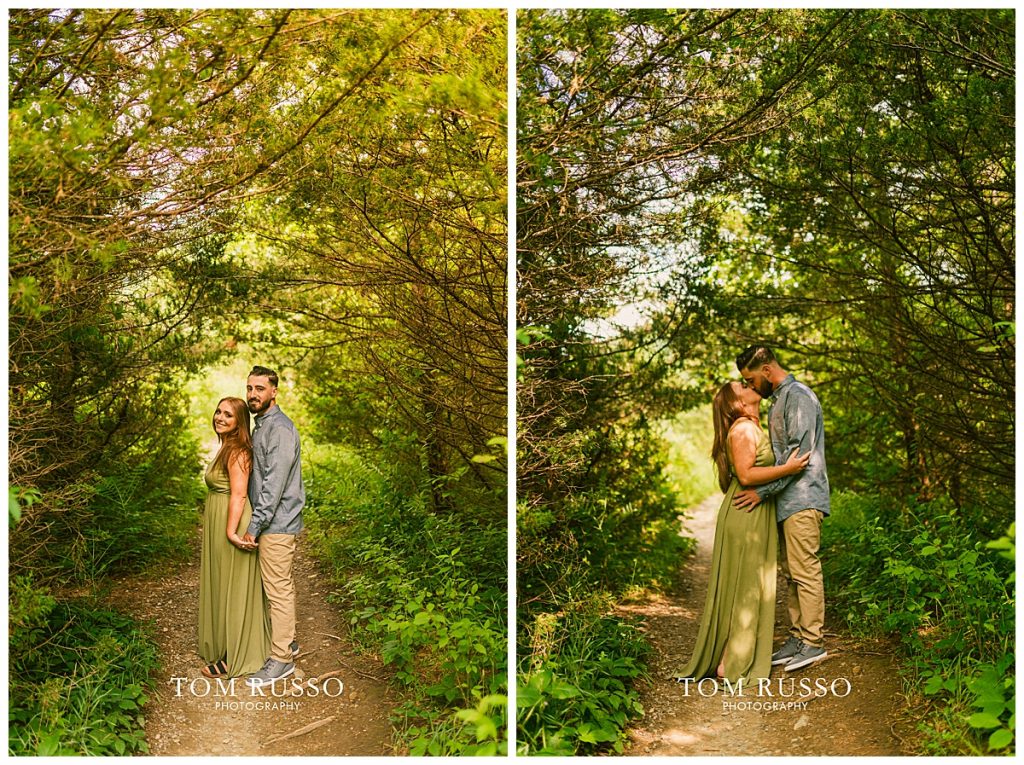 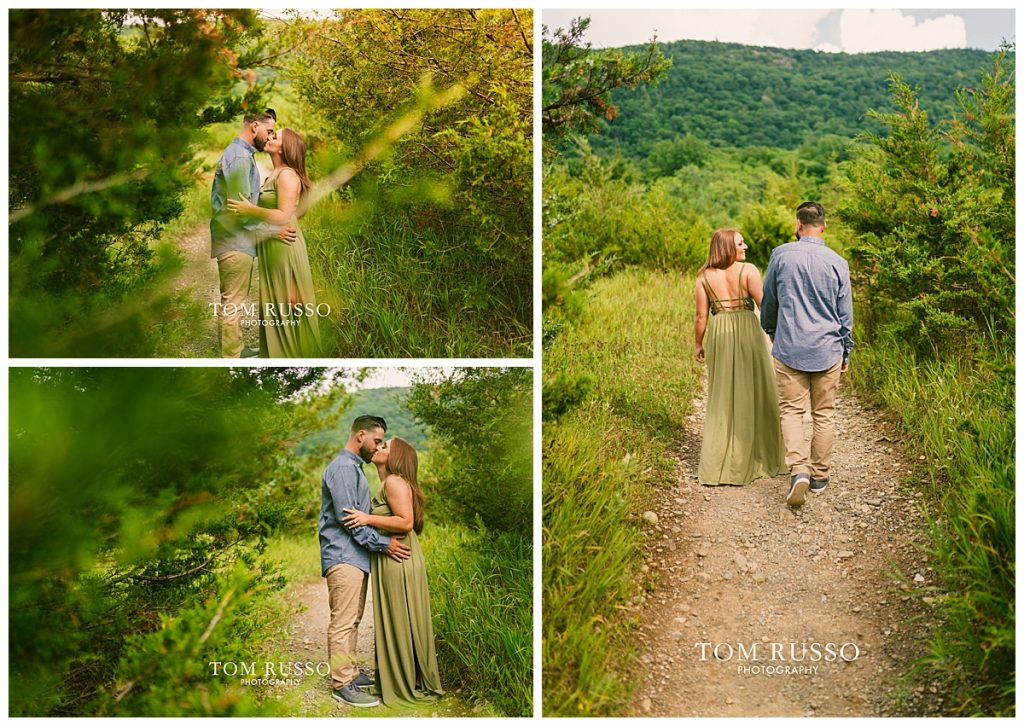 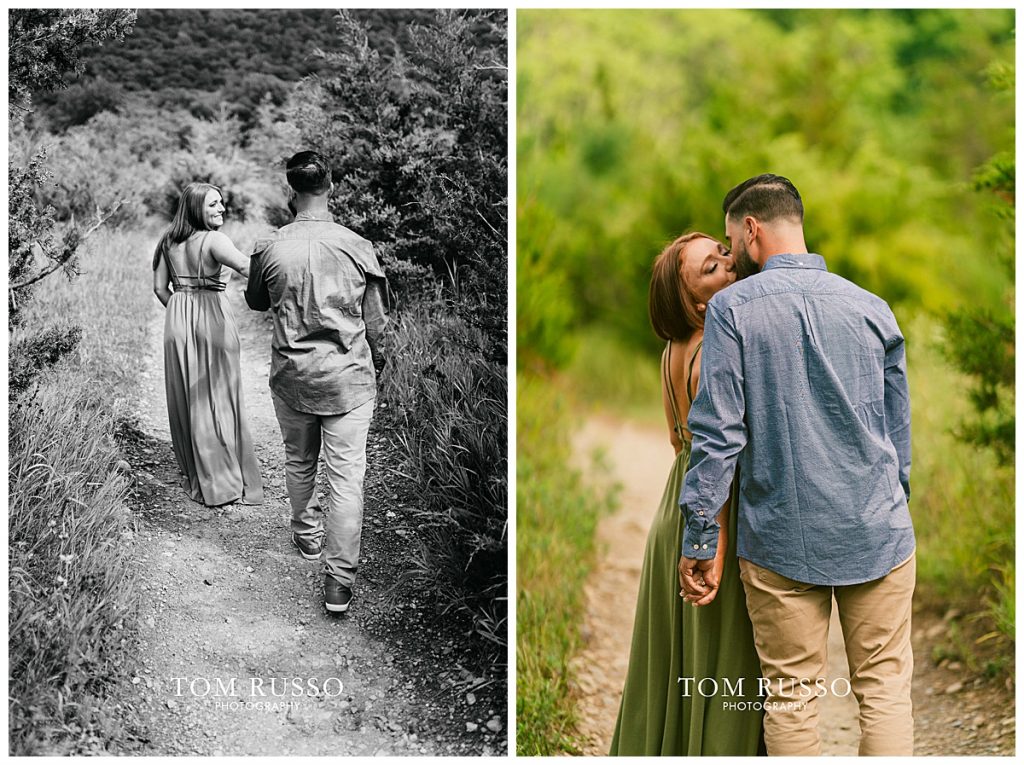 HOW THEY FELL IN LOVE!

I like to have the bride or groom tell this part! So read how they fell in love!

“They say your too young you don’t know what love is yet but from the moment we met that day in the hallway we both couldn’t deny what we felt.. of course we had our ups and downs and I think that’s what made us stronger and made us both love eachother even more!”

“We say it all the time to eachother we don’t know what we would do without one another because we really wouldnt.. we grew up together went through Litterarly everything together not only as boyfriend and girlfriend but as best friends. We were both blessed enough to be able to find someone at such a young age and get to have that best friend love and romantic love at the same time!” 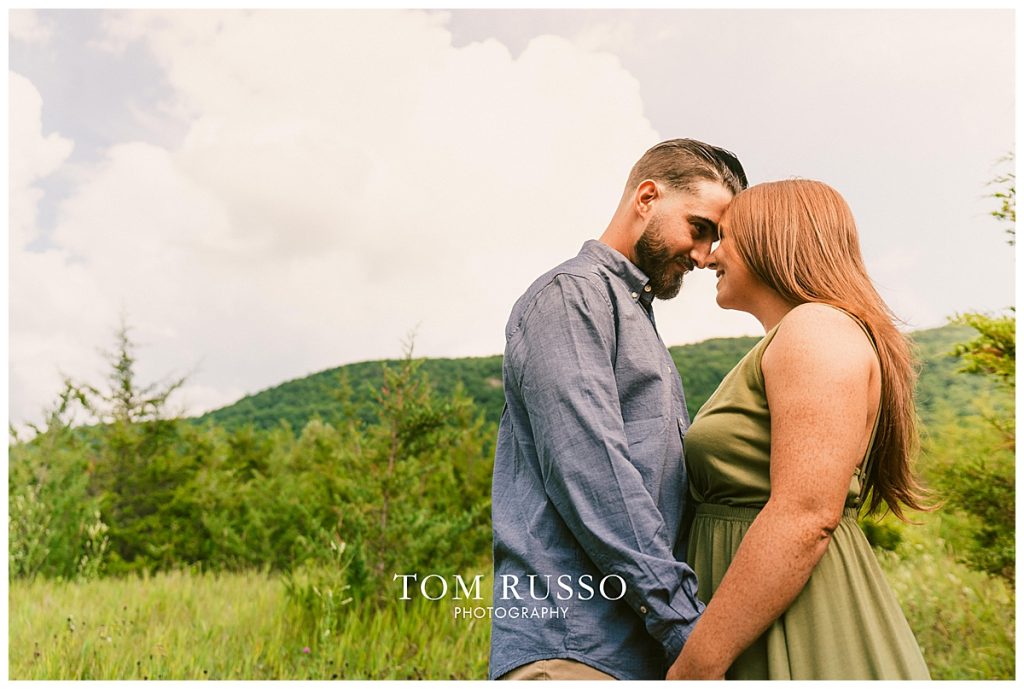 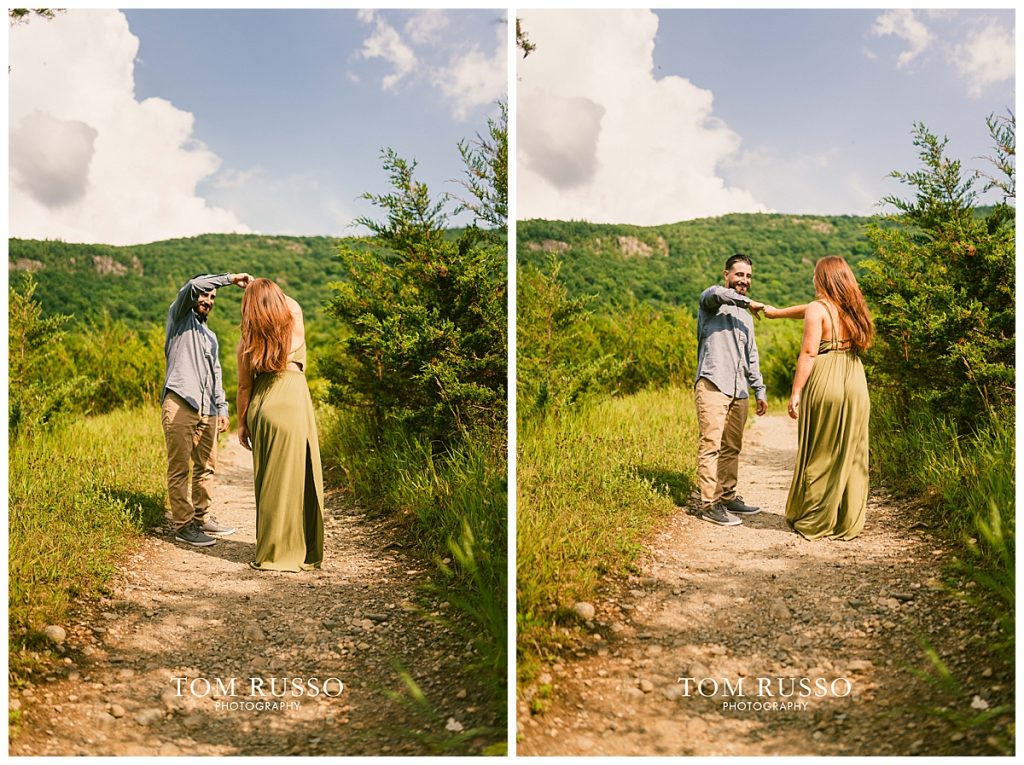 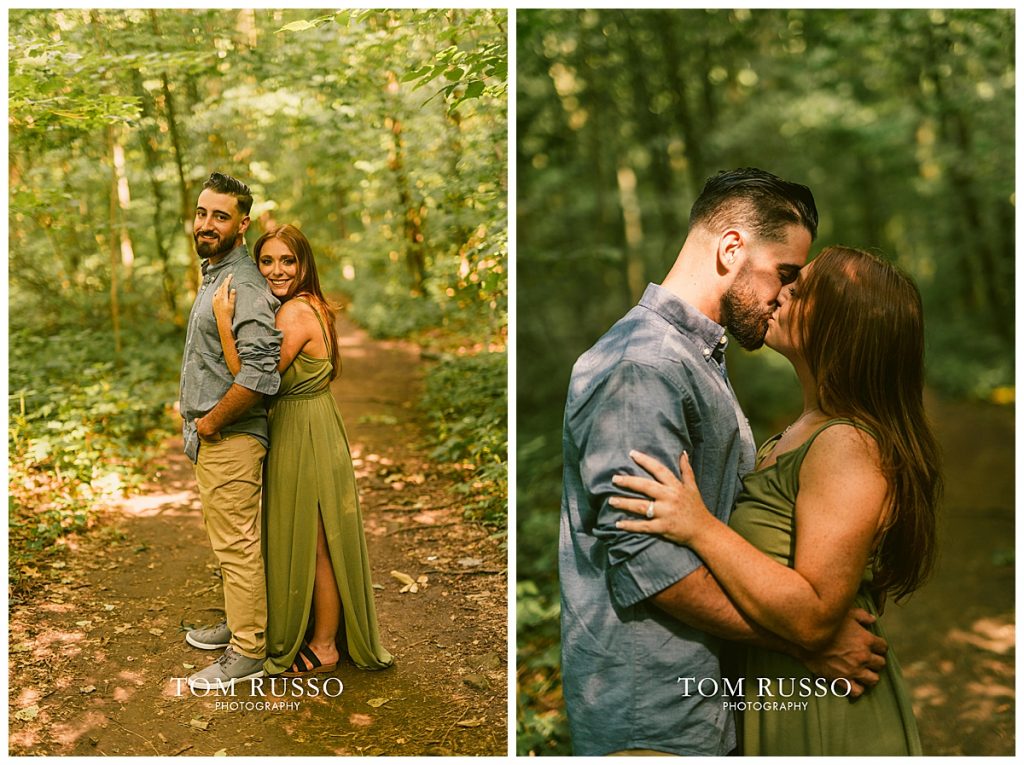 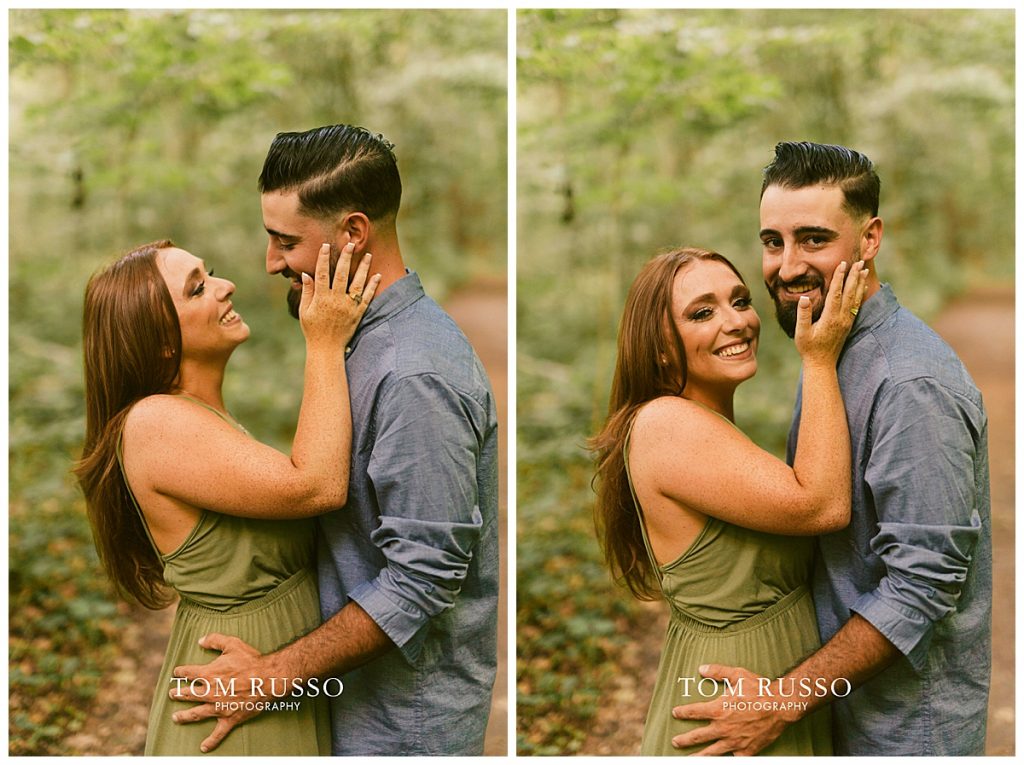 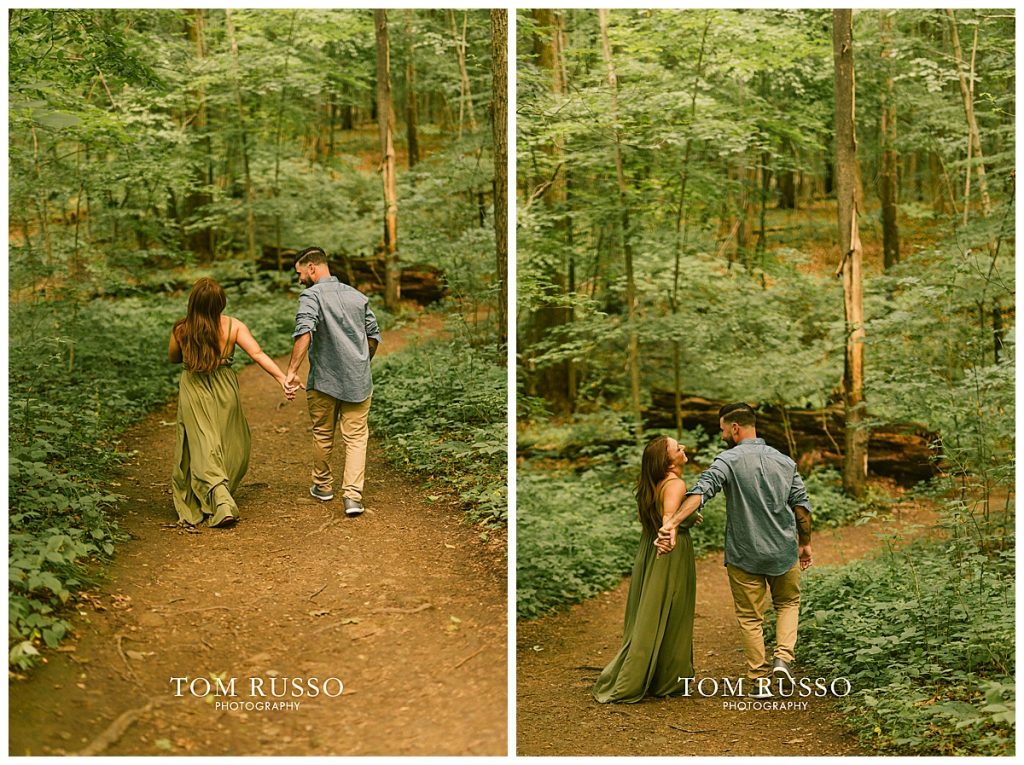 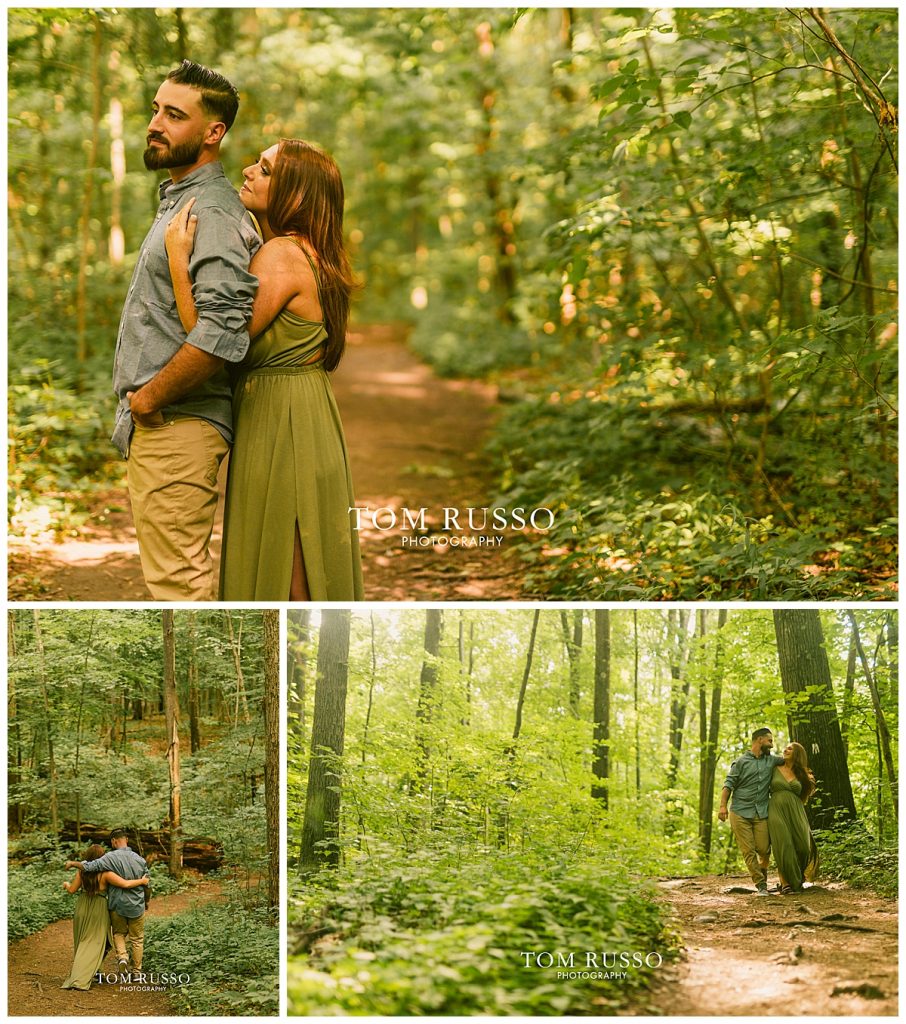 “Well, it was a surprise! One of my best girlfriends has an apartment in Brooklyn with a rooftop and she was hosting her birthday party up there so I had no idea he was going to do it there!”

“Whenever we go places with friends we sometimes like to go separate and meet. I went earlier with the girls and he came later with the guys.”

He walked on to the rooftop and immediately pulled me aside I thought he was just saying hello lol and he got down on one knee and proposed! It was such a special moment for me he knew it meant a lot to have all my closest friends there for that moment as they’ve also been on our journey with us since Middle School and we all have been waiting for this moment since we were 16! Best day of my life so far!”

I love proposals, especially when you are surrounded by all the important people in your life! 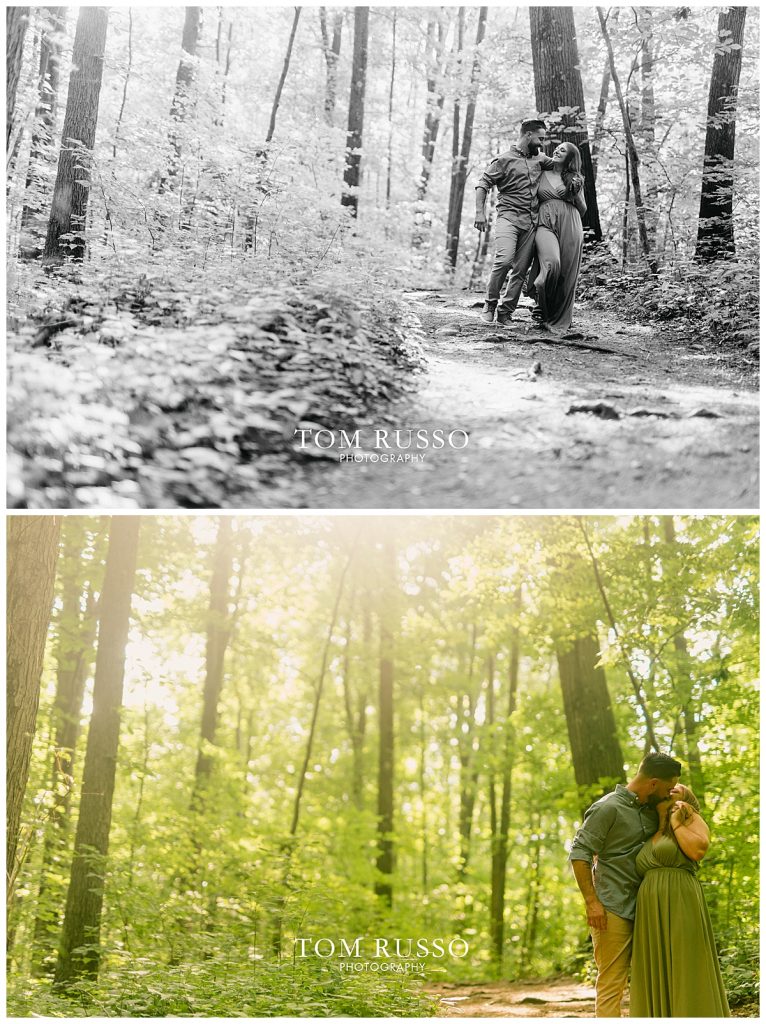 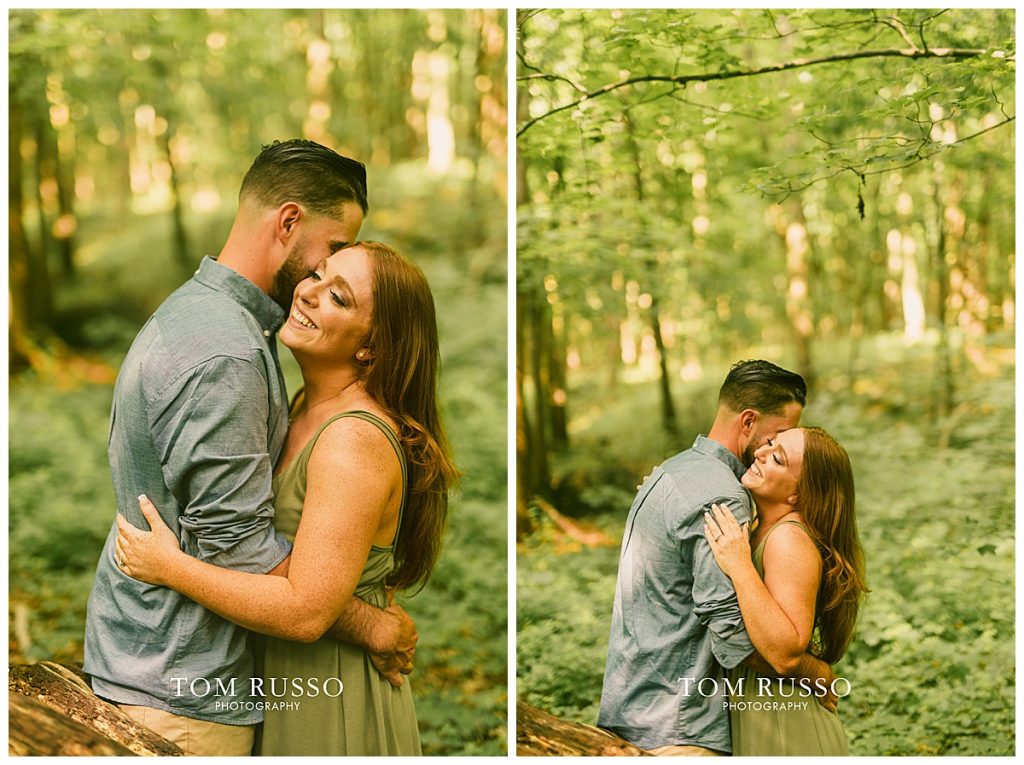 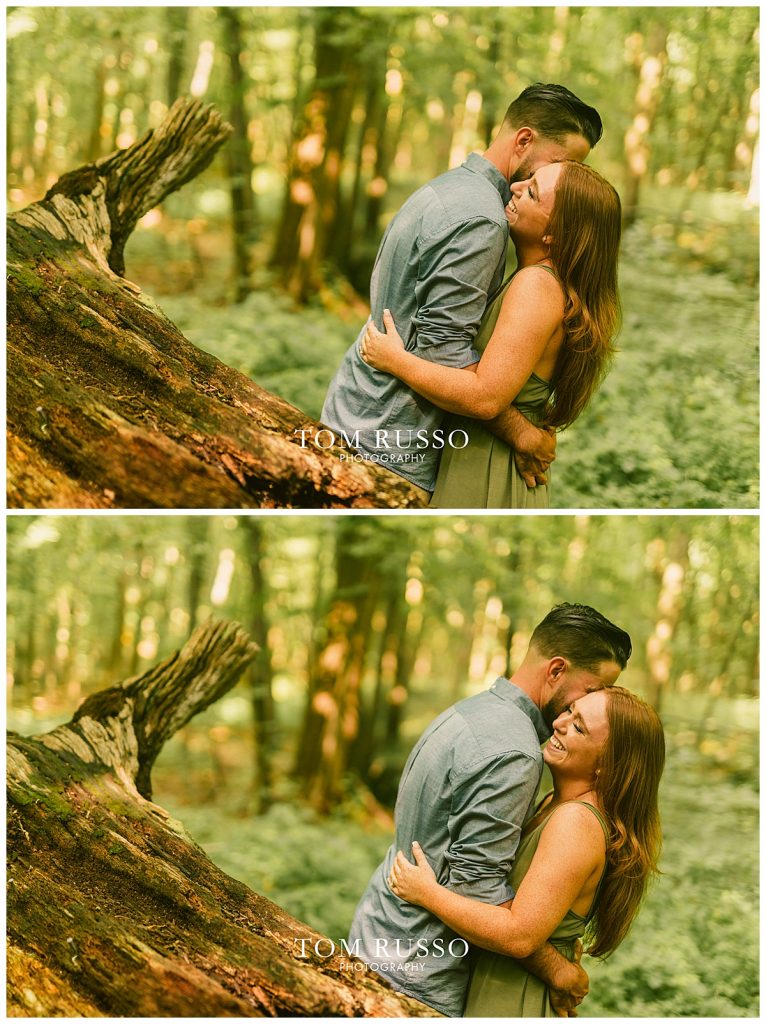 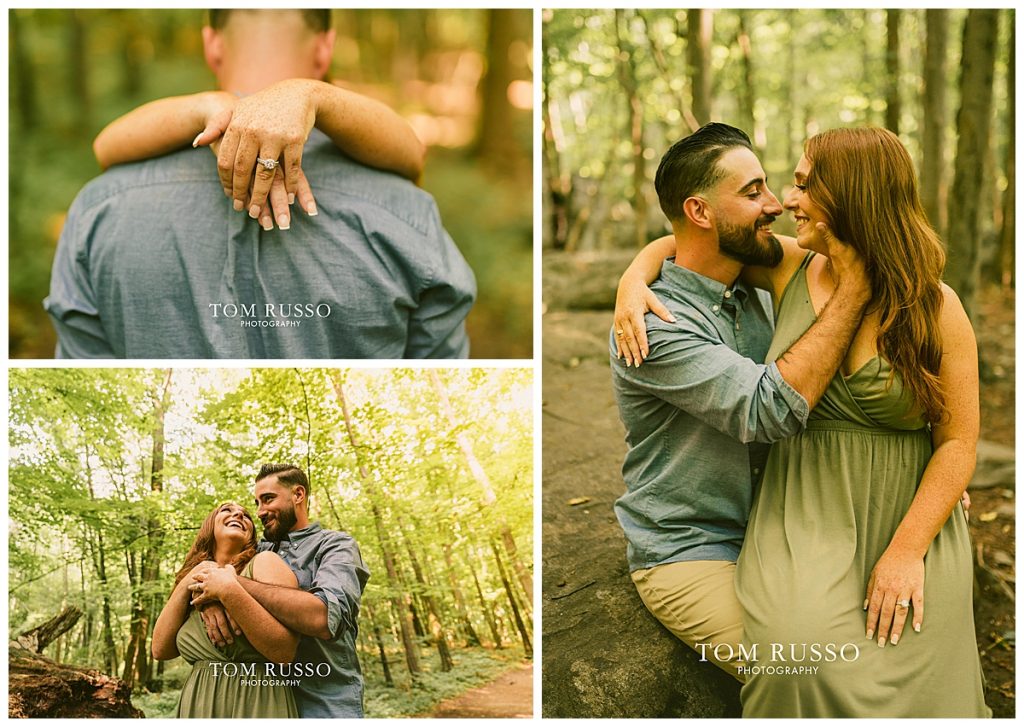 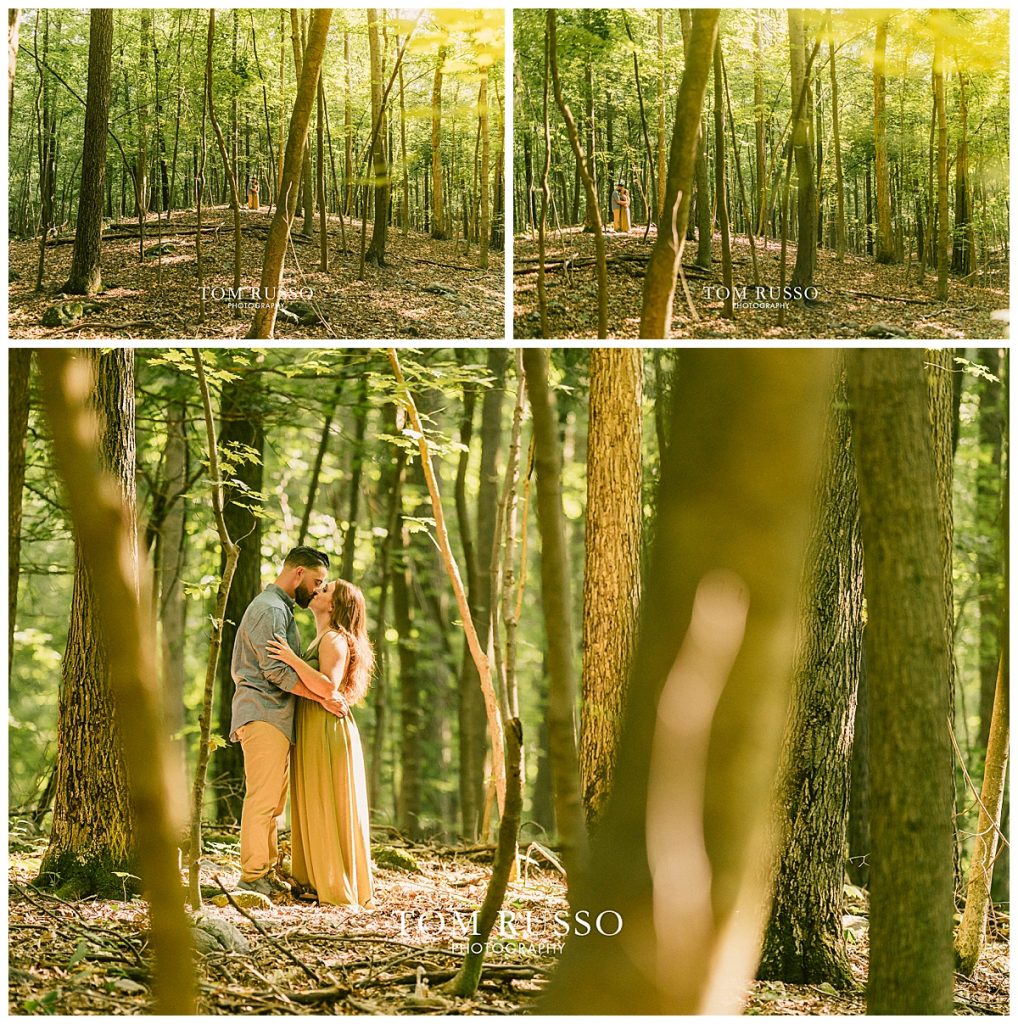 “We are so excited for the reveal! That moment is just going to be the most emotional and special for us. We’ve both dreamt about this day for so long and the fact that it’s only a couple of years away is so insane in a good way! Were also very excited to be able to share our love with all our family and friends as they have also been waiting for this day for a long time!”

Carolann and Bryan will be tying the knot in May 2022 at Flowerfield Celebrations in St. James, NY.

YOUR LOVE STORY IS MADE INTO A MOVIE –  WHAT’S THE TITLE?!

“In love for a lifetime” 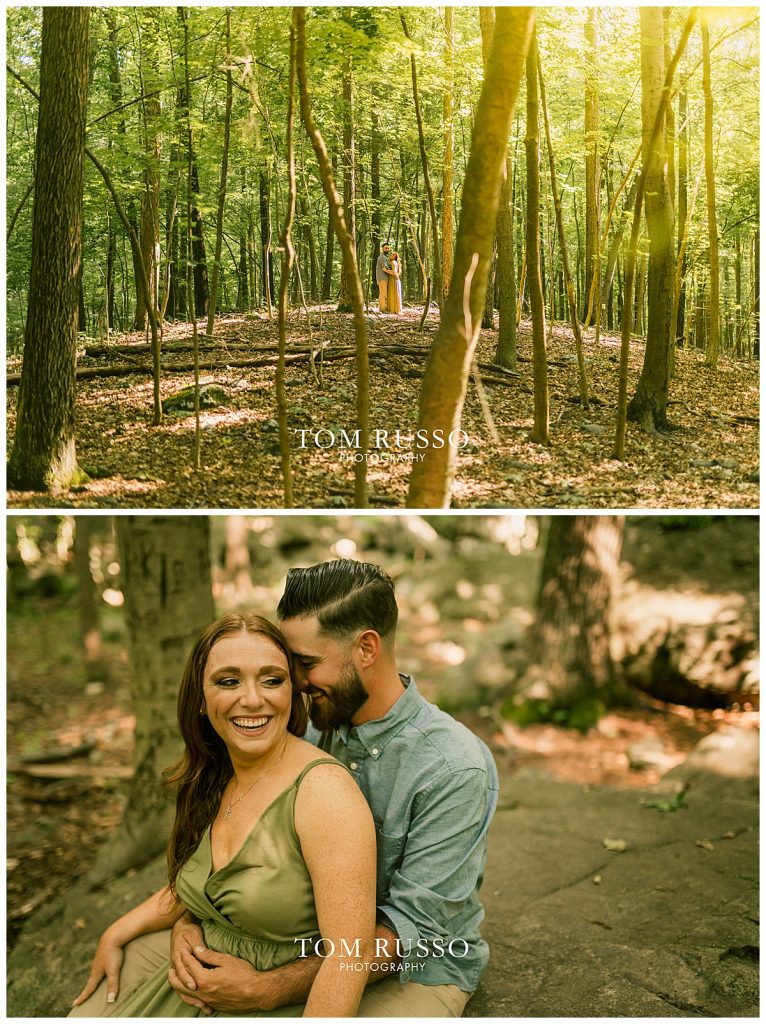 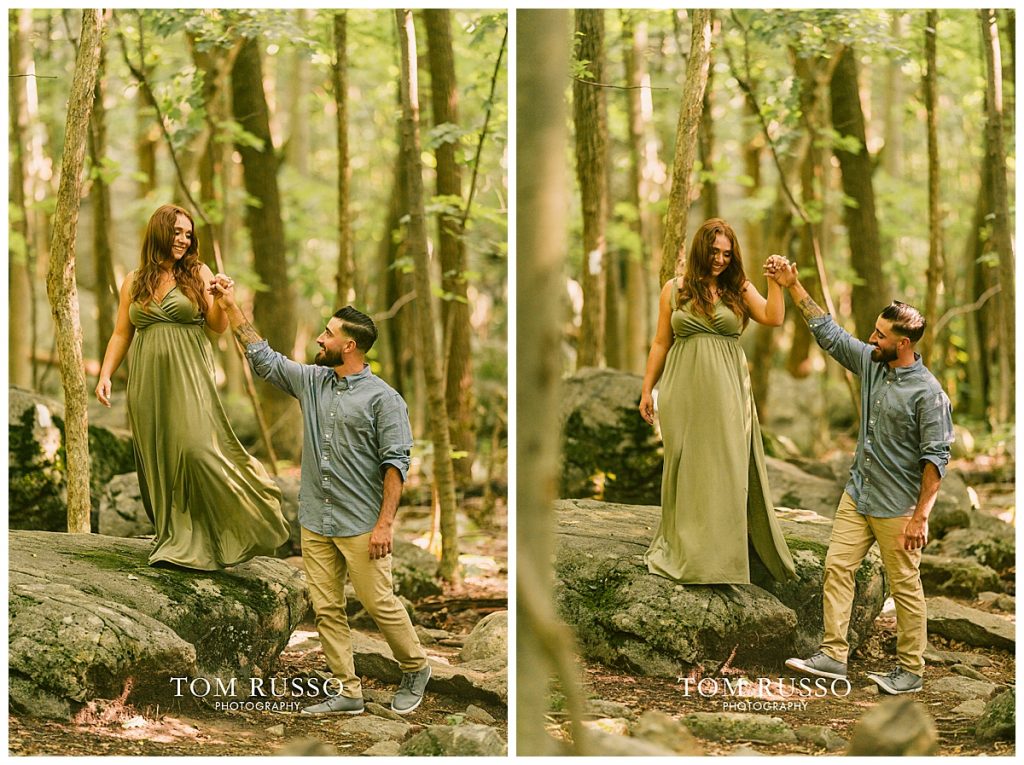 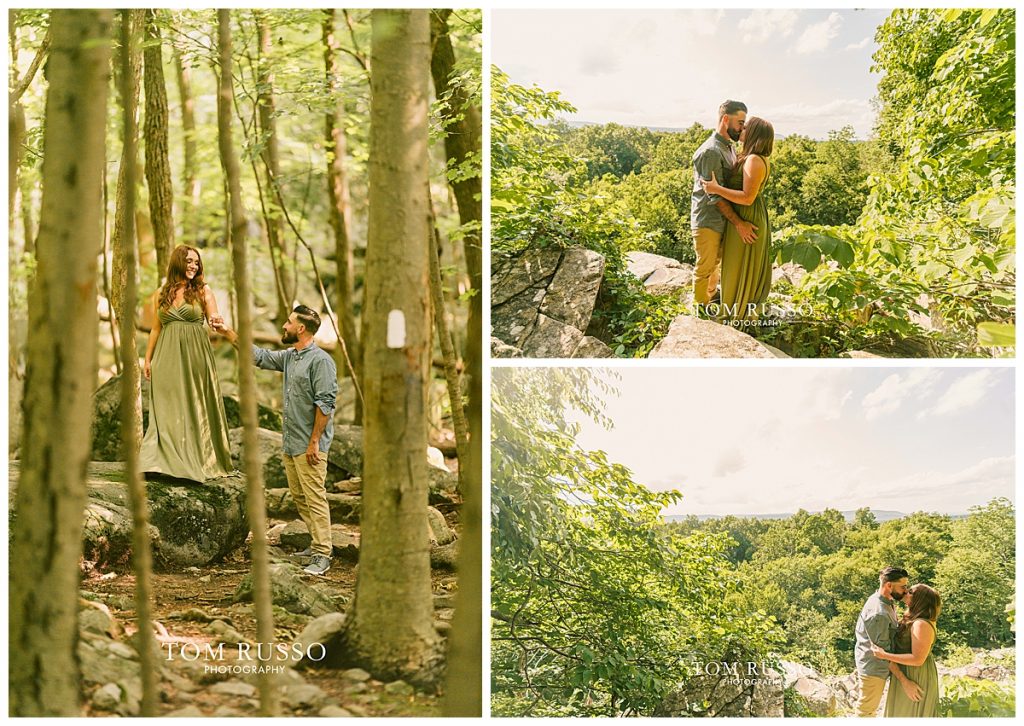 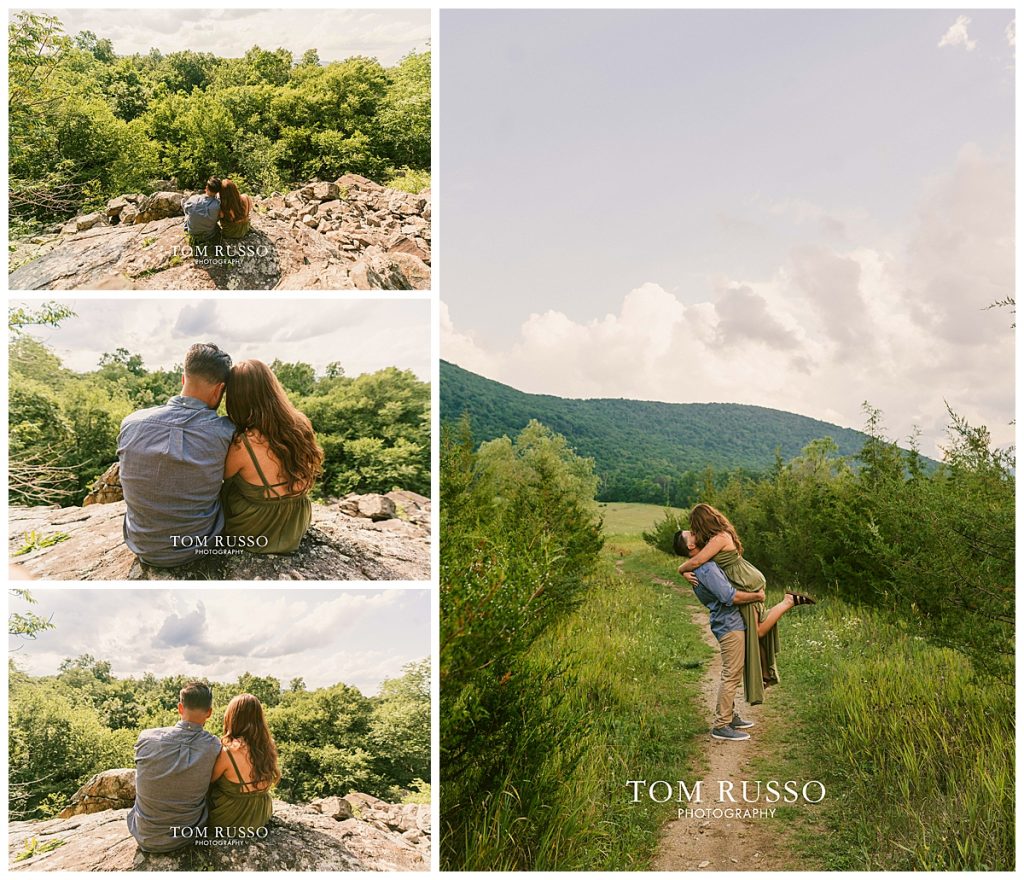 WHAT IS SOMETHING THAT MEANS THE MOST TO BOTH OF YOU?!

If you engaged or if you know anyone who is engaged and is looking for an Engagement Photographer Appalachian Trail or a Wedding Photographer, please CONTACT ME.