Matt and Lauren approached me about doing their session while we were away in the Gulf Shores for my cousin’s wedding. Since their wedding is on the beach in Jamacia, Lauren told me that they didn’t want them to be too close to what their wedding images were going to look like. Engagement Session Gulf Shores AL

Shooting in the middle of the day is very difficult, and most photographers shy away from shooting during that time. Well, we took the challenge, and to be honest, it wasn’t that difficult to shoot in direct sunlight. Luckily, there was an unattended lifeguard stand right where we were.

One thing we struggled with the most with the locations we picked was the number of people in the background of their images. In the end, we got an amazing set of engagement images, and Matt and Lauren couldn’t be happier with how they turned out. Engagement Session Gulf Shores AL 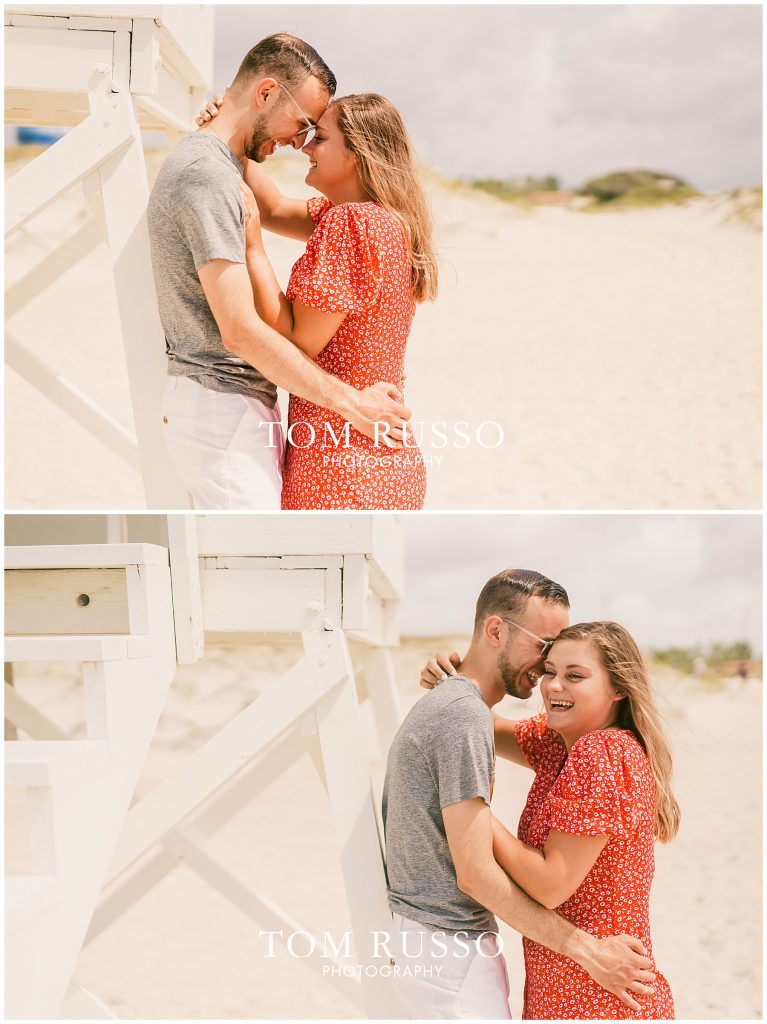 April of that year, both their collegiate teams, respectively, made the National Finals for the Collegiate Bowling. During the match before the TV Finals, Lauren mentioned something to Matt about his Black Widow Rosin Bag, which ended up being their only contact until a few months later. Engagement Session Gulf Shores AL

Lauren’s team had just won the NCAA National Championship, and Matt had reached out to one of her teammates to find out who she was and how to contact her because he had a crush on her.

“It happened because we exchanged information for being on Junior Team USA together as part of the group, and she ended up telling one of her friends to tell him to message her after they told her I had a crush on her.”

“We started talking on May 15, and we were dating by June 18th.” Engagement Session Gulf Shores AL HOW THEY FALL IN LOVE

“We fell in love by getting to know one another, pushing overcoming the distance for two years of our relationship, and sharing the same passion for our sport.”

I asked Lauren what she would say he loves most about her, and she summed it up perfectly. “I would say Matt loves everything about me, but mainly my drive and motivation in life, and I love how he cares and is so passionate about our relationship. He goes out of his way to make sure we have what we need and would do anything for it.”

WHEN DID HE PROPOSE?!

It was such an amazing proposal. Matt had me help him plan this entire thing while we were away in Las Vegas at Team USA Trials. He planned a nice dinner with everyone and proposed to Lauren at Caesar’s Palace in Las Vegas. All of her family and friends surrounded her when Matt proposed. Engagement Session Gulf Shores AL

They invited everyone to dinner at Trevi next to the Trevi Fountain in the hotel to celebrate afterward.

Team USA and bowling are two huge parts of their lives, and so it meant a lot for him to propose to her at Team Trails this past year.

Keeping it from Lauren was harder for the family, then it was for Matt, and he lives with her. There were a lot of tears at the proposal, all happy, of course! 🙂

Matt and Lauren will be tying the knot in October 2023 at Beaches Negril on the beautiful Island of Jamacia. 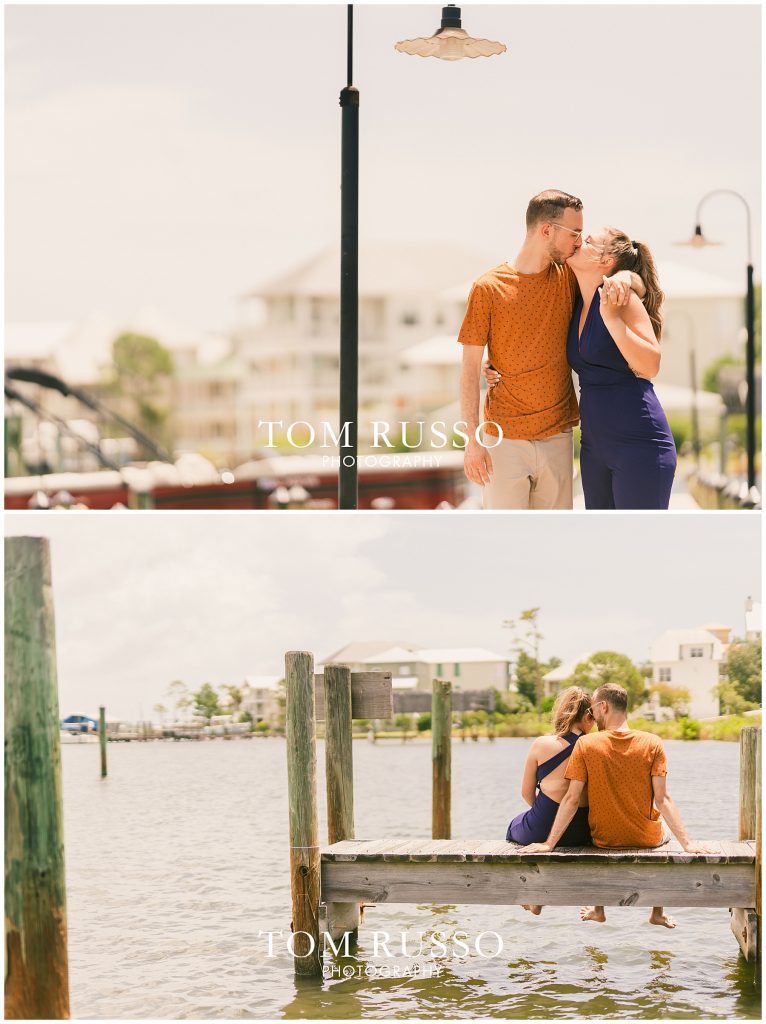 WHAT ARE YOU MOST EXCITED FOR ABOUT YOUR WEDDING?!

“Being at a destination with close family and friends to celebrate our love.”

YOUR LOVE STORY IS MADE INTO A MOVIE…WHAT IS THE TITLE?

NAME SOMETHING THAT MEANS THE MOST TO BOTH OF YOU

“Being able to work through the tough times together and remember we are each other’s best friends.”

If you engaged or if you know anyone who is engaged and is looking for an Engagement Photographer  or a Wedding Photographer, please CONTACT ME.