This week, I adventured to a new location on Long Beach Island and boy let me tell you, this spot that Brielle and Jack picked for their engagement session was amazing. We were on a private beach with no one in sight. Long Beach Island is beautiful, and I was so excited to shoot there. When we met a week ago, Brielle and Jack knew exactly where they wanted to do their engagement session and it made my life really easy when it came to picking their location.

Let me tell you, Brielle and Jack’s engagement session in Long Beach Island was such an amazing session. I recently bought the Mavic Mini Drone from DJI and it was a game-changer!

Flying and doing aerial shots really changed the way we took this session. Brielle and Jack are the sweetest people and you can tell that they love eachother so much.

They shined through the images and we had a very successful shoot. I was sending Brielle screenshots from their engagement session and she was absolutely going nuts over them.

They pulled out the picnic basket and champagne to start the engagement session. When Jack opened the champagne, the cork popped out and it made for some great candids. 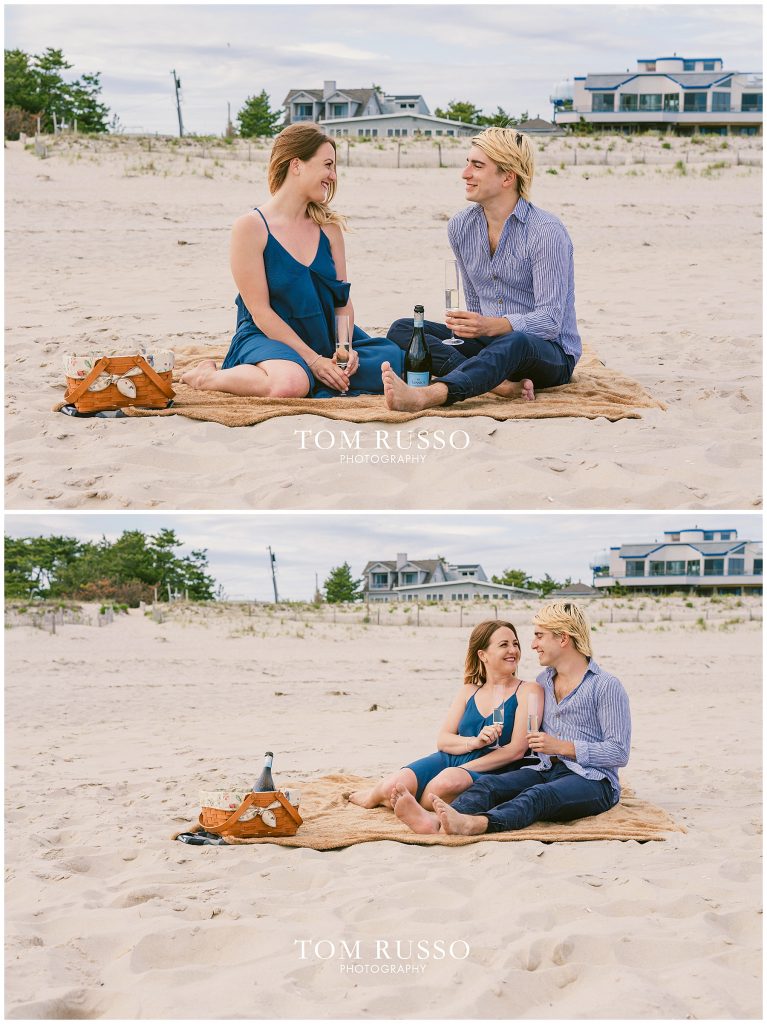 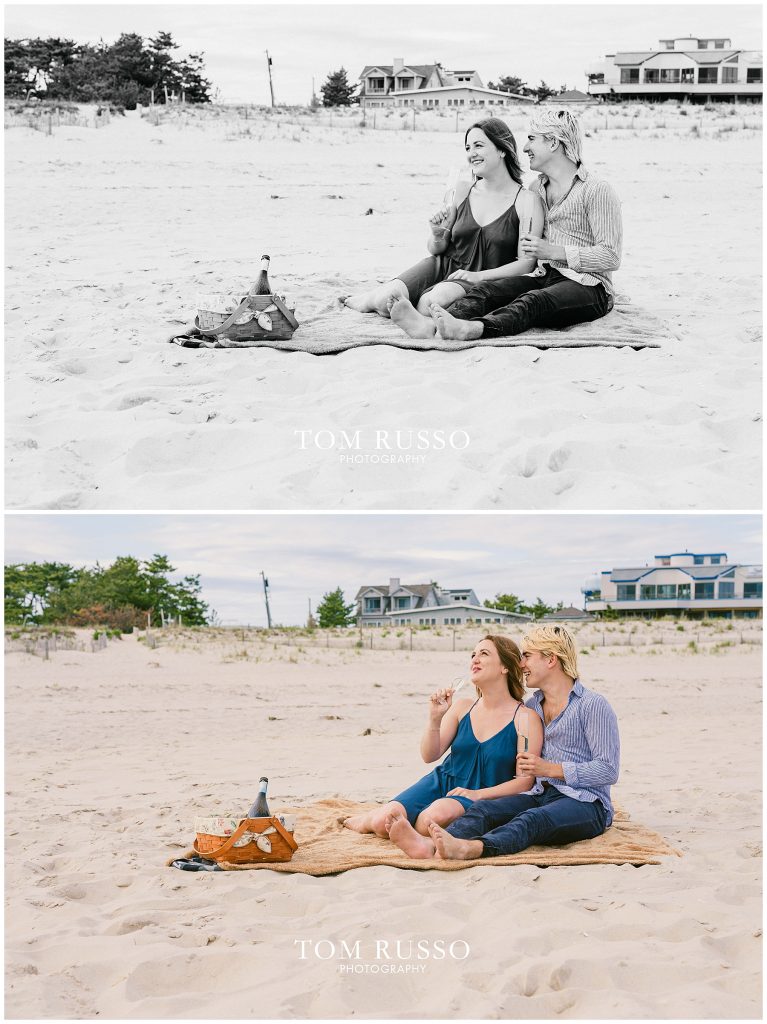 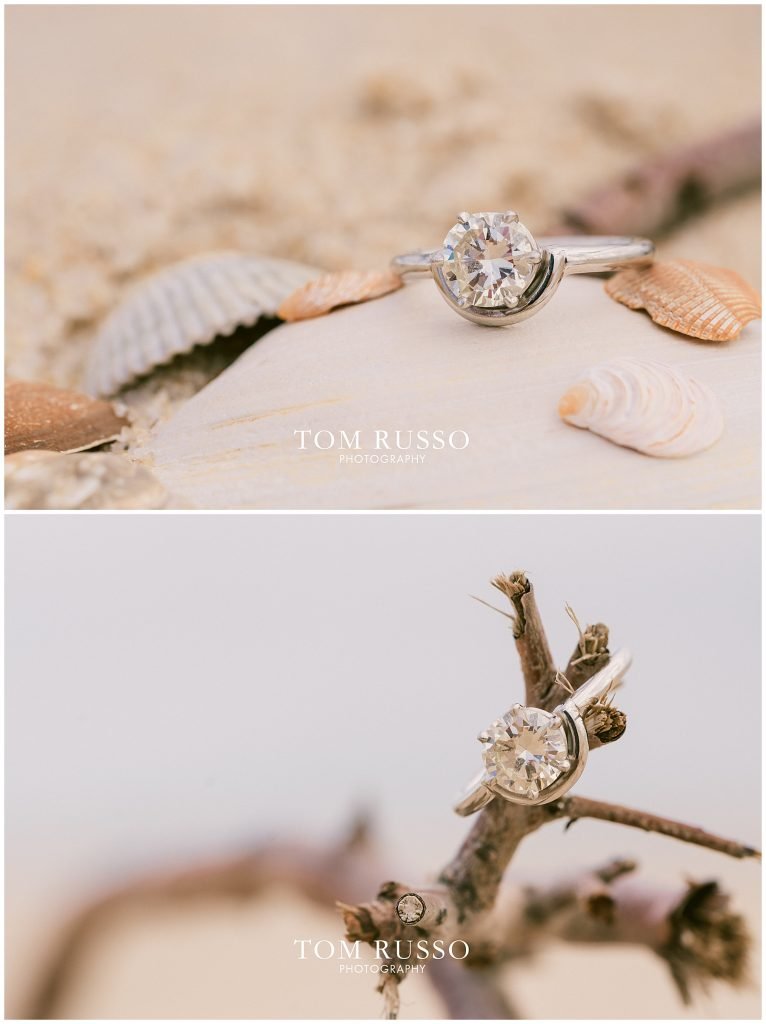 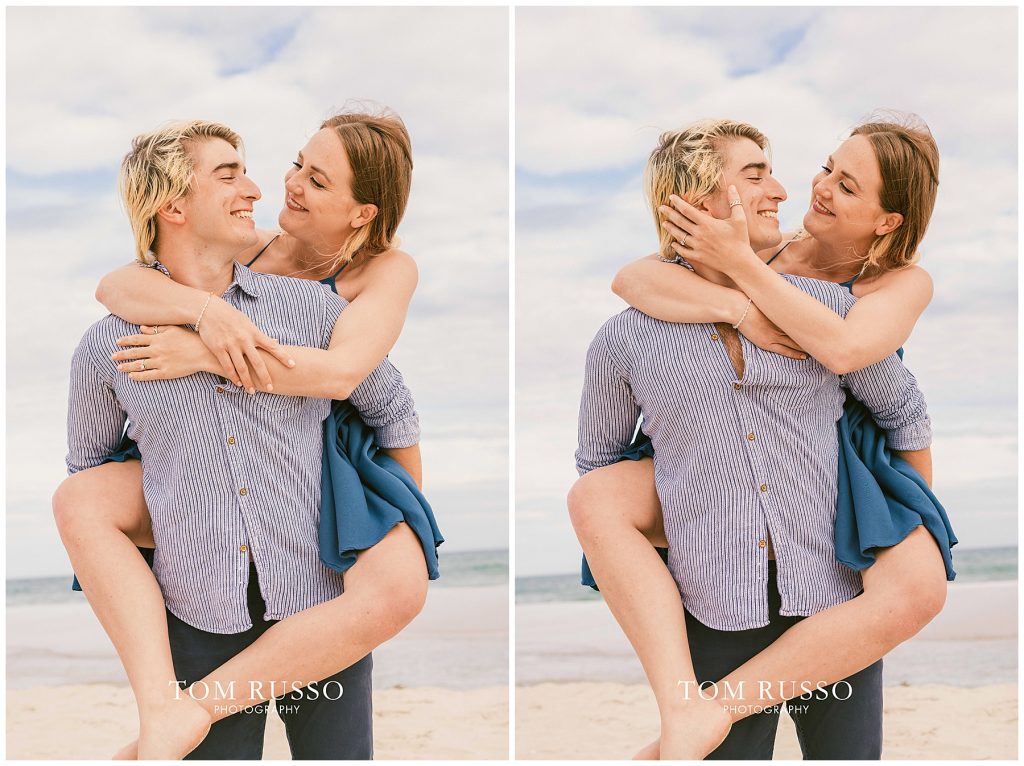 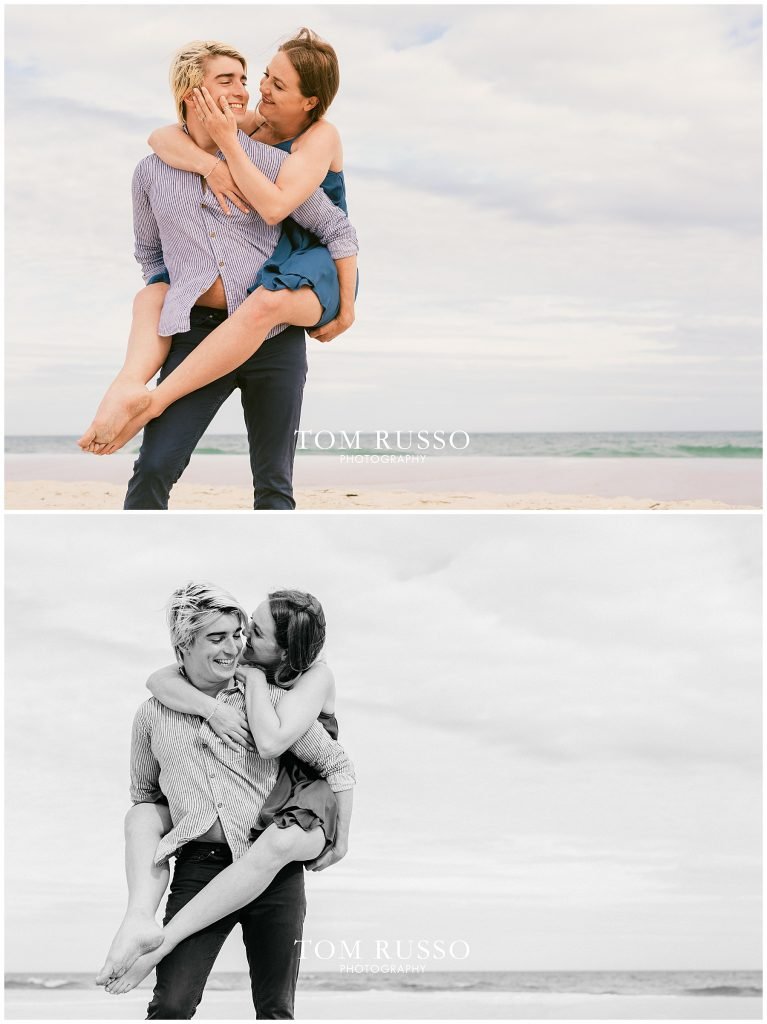 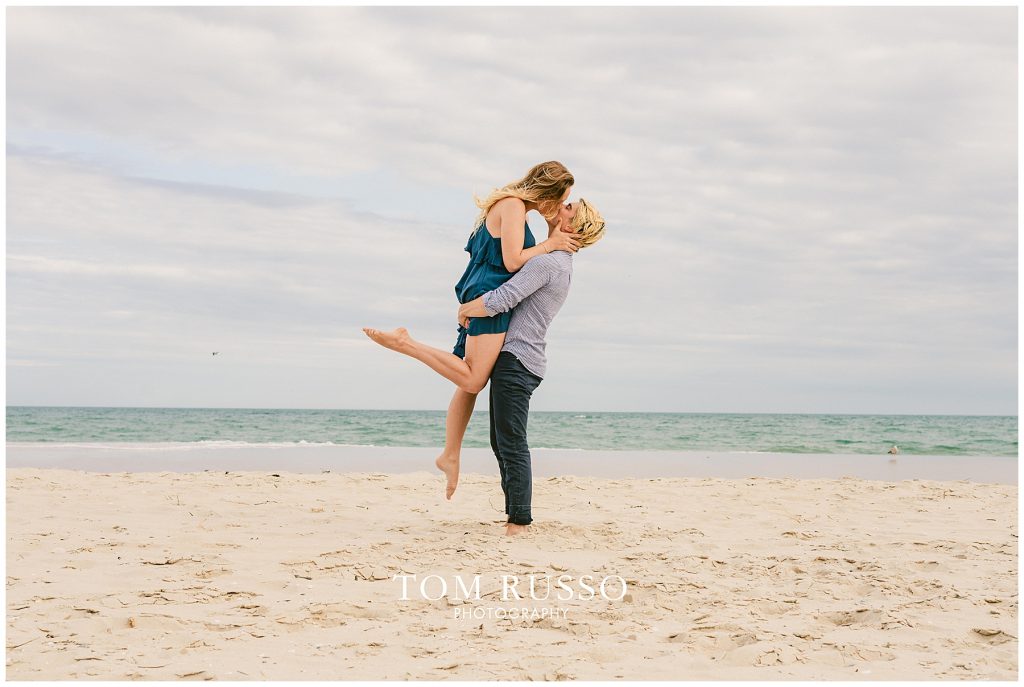 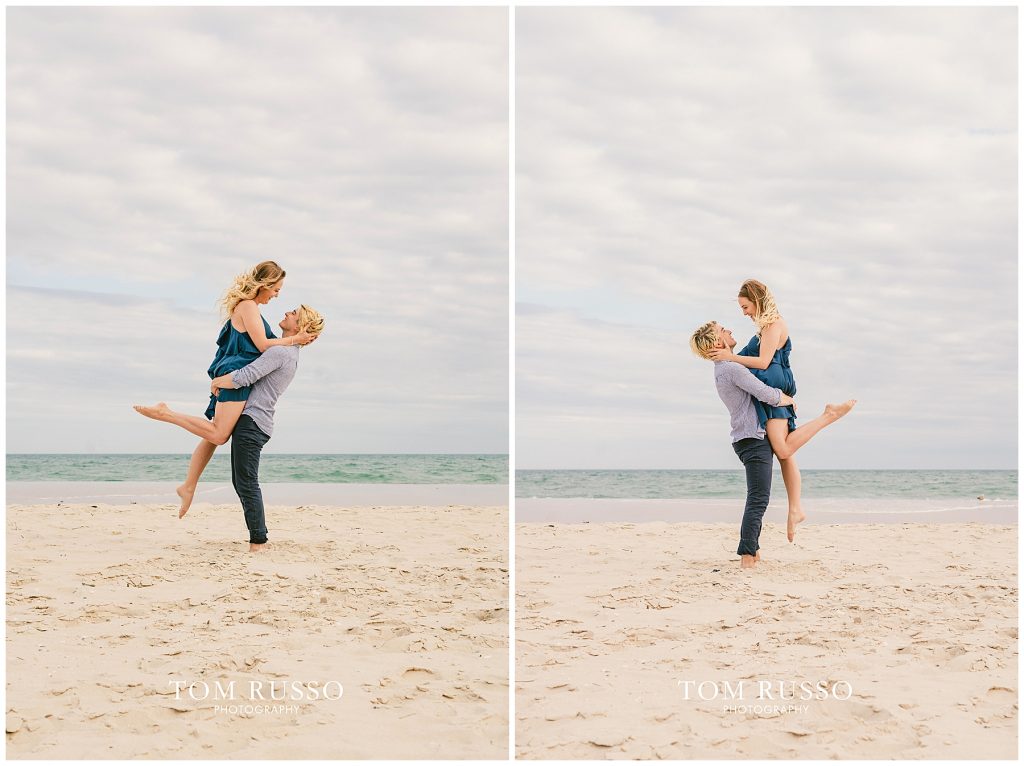 Brielle and Jack met in Beach Haven in the summer of 2016, working at the Sea Shell together. Brielle had worked there for a few years prior as a bartender, and Jack was the new kid coming in to expedite in the kitchen. Brielle struck on Jack first, and their quick friendship turned into something more. After a summer fling, Jack left for a three month trip across Europe. Brielle met him in Venice, Italy.

It was on that trip on November 11, 2016, that Jack asked Brielle to be his girlfriend and they have been inseparable ever since.

They spent ten days in Venice together to start their relationship and then headed back to the states. “We were in Europe for about ten days together, then stayed together after we got home. It was pretty seamless, and we never stopped seeing eachother.”

HOW THEY FELL IN LOVE!

When they got home from their beautiful trip to Europe, the dating ensued. From simple dates to the Black Whale in Long Beach Island to Stella Pizzeria in Philadelphia, PA. Their relationship blossomed into something beautiful. Jack would go up to New York City to see Brielle in her dance shows, taking different trips around to the state and off-season adventures to Long Beach Island, they began to fall in love.

Jack was the first to say I love you, and it was so cute because when I asked Brielle who said it first, she told me Jack did, and she even remembered the date, which was January 2017. I asked Brielle if when Jack said I Love You it was a mutual feeling to which she told me, “Yeah, I think it was! All of our friends knew it too.”

Their love story is so unique because sometimes when we are young, summer flings never really last but Brielle and Jack liked eachother so much that they did the long-distance work while Jack was in Europe that life led them all the way to getting engaged back in May on the balcony of their apartment. 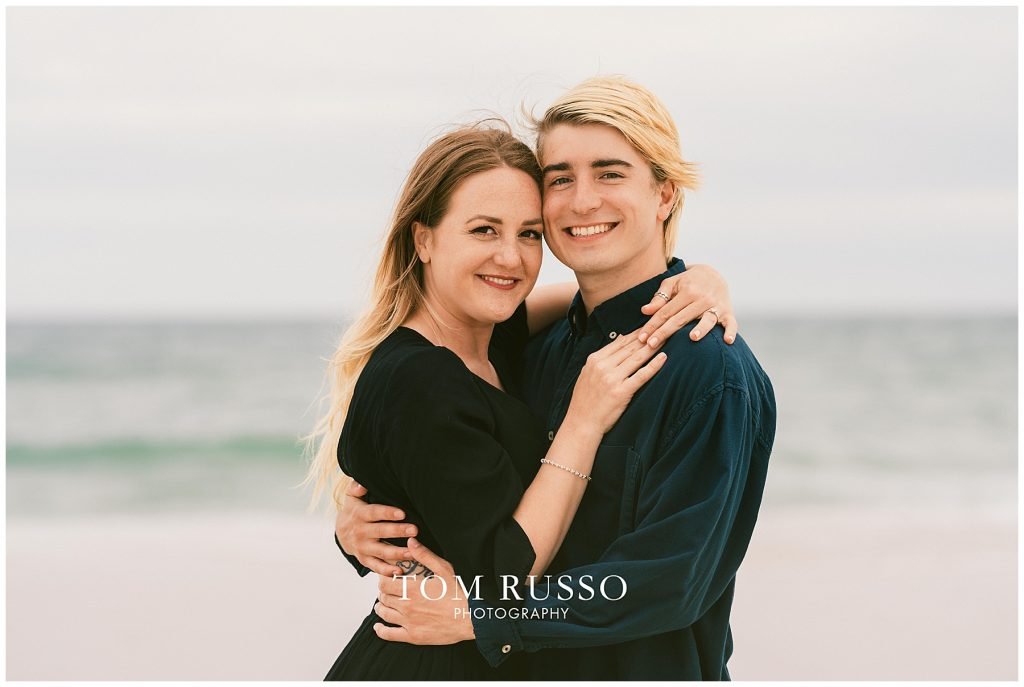 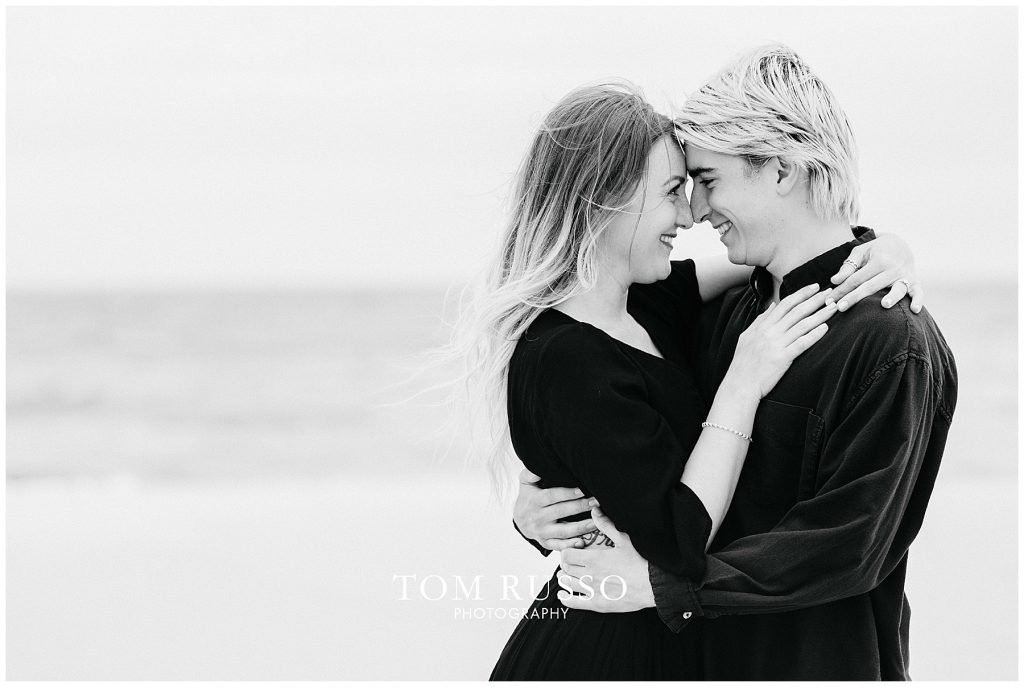 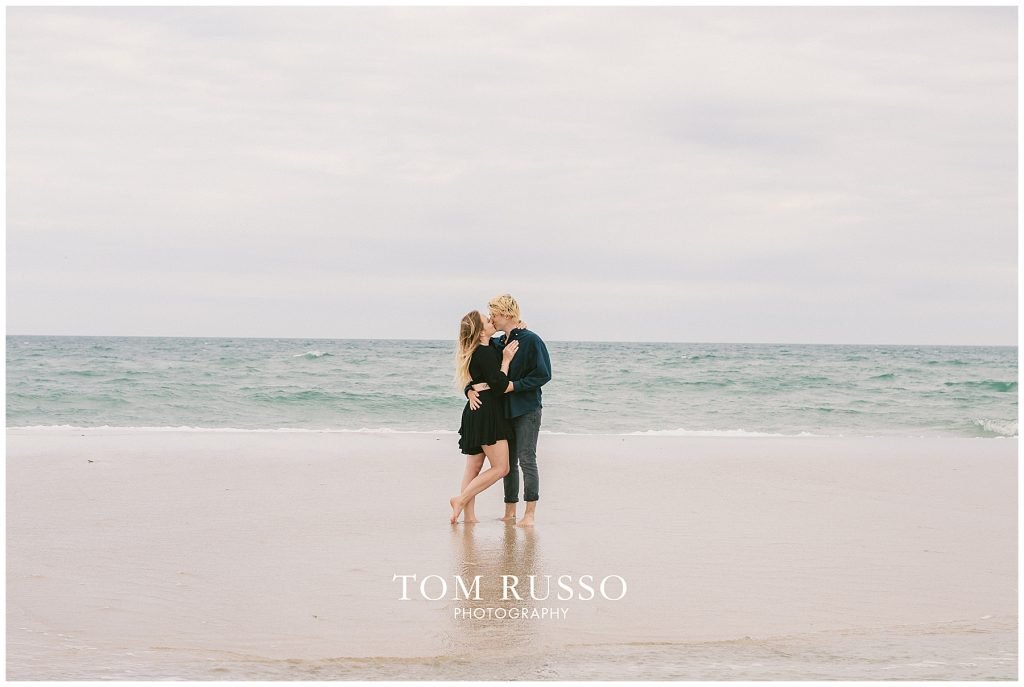 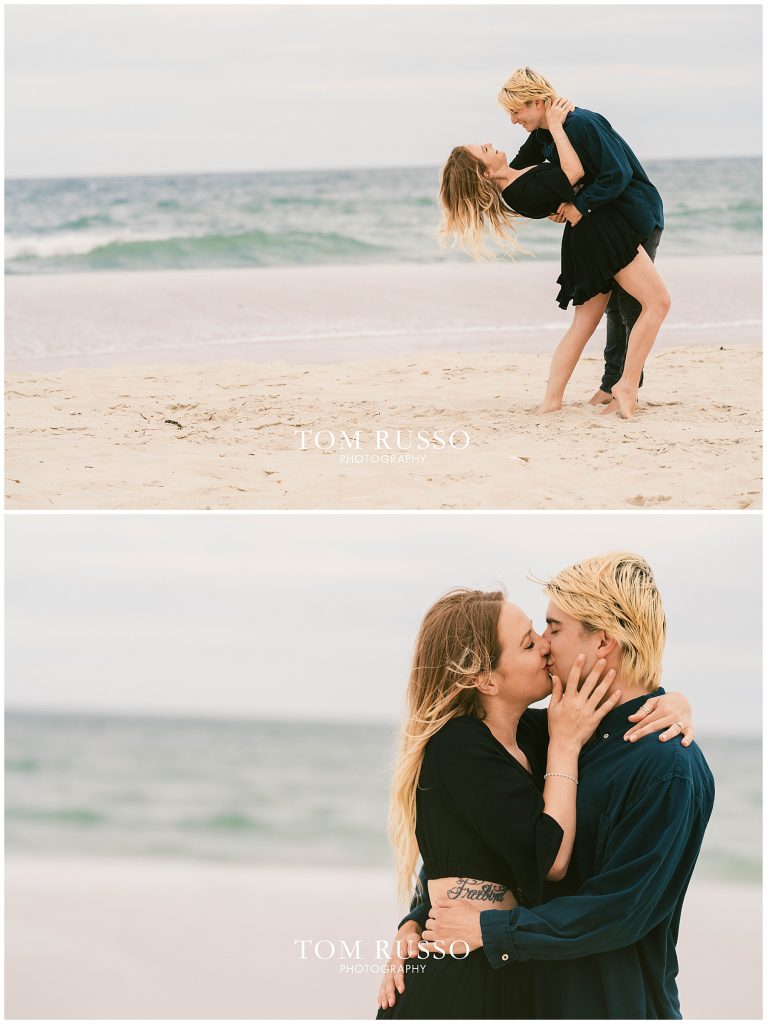 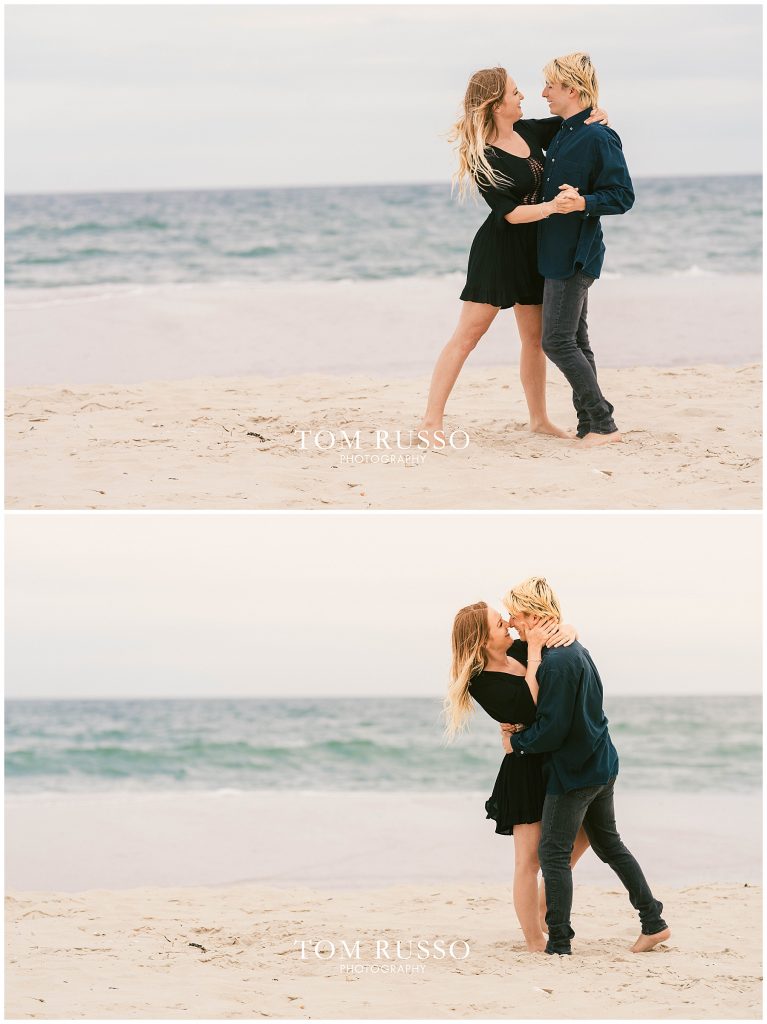 It was a beautiful sunny morning. Jack and Brielle were out on their balcony when Jack got down on one knee and asked Brielle to marry him!

When I met with them to set up their engagement session, I asked Jack how the proposal went and this is what he said, “Plan A was going to be that I proposed to Brielle in LBI [Long Beach Island] but that fell through with the Corona Virus happening, plan B was to do it in Asbury on the Boardwalk but Brielle didn’t wanna go. So, I just decided one Saturday morning on the balcony of our apartment while we were enjoying our morning coffee and fresh bagels I bought, I asked her to marry me. It wasn’t the exact plan I had wanted but she was just happy I asked” 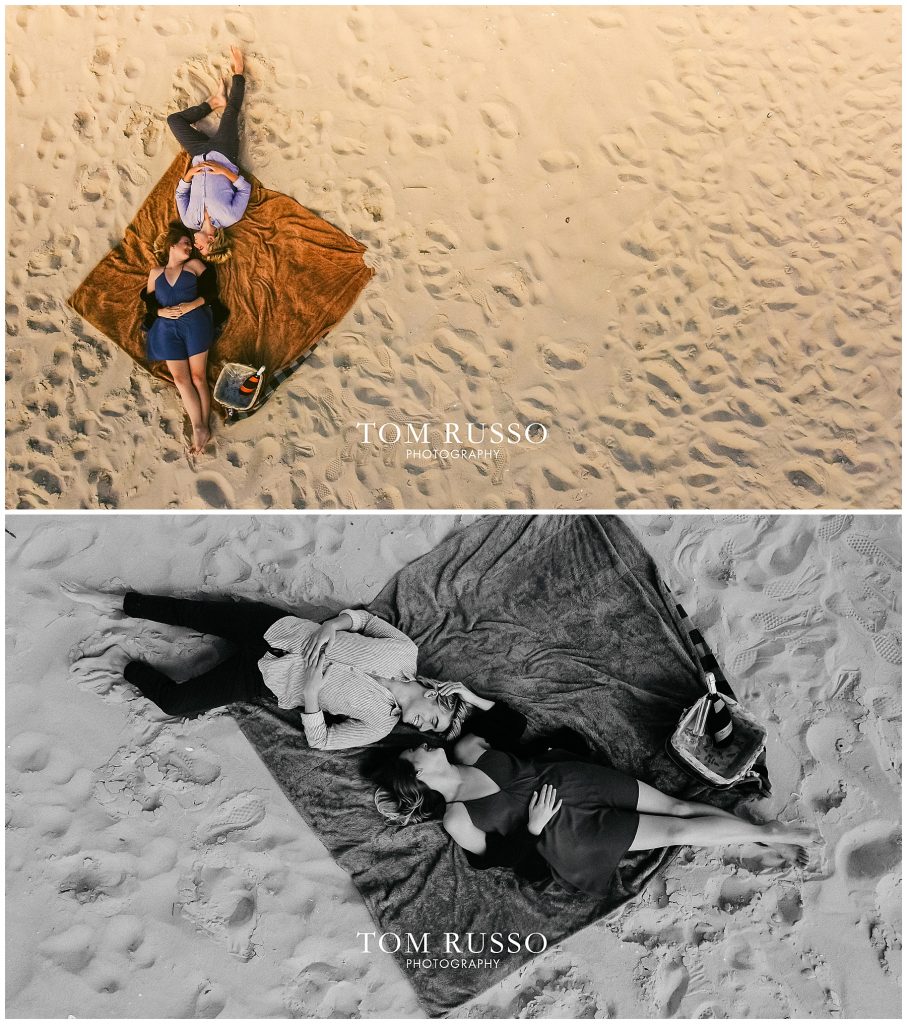 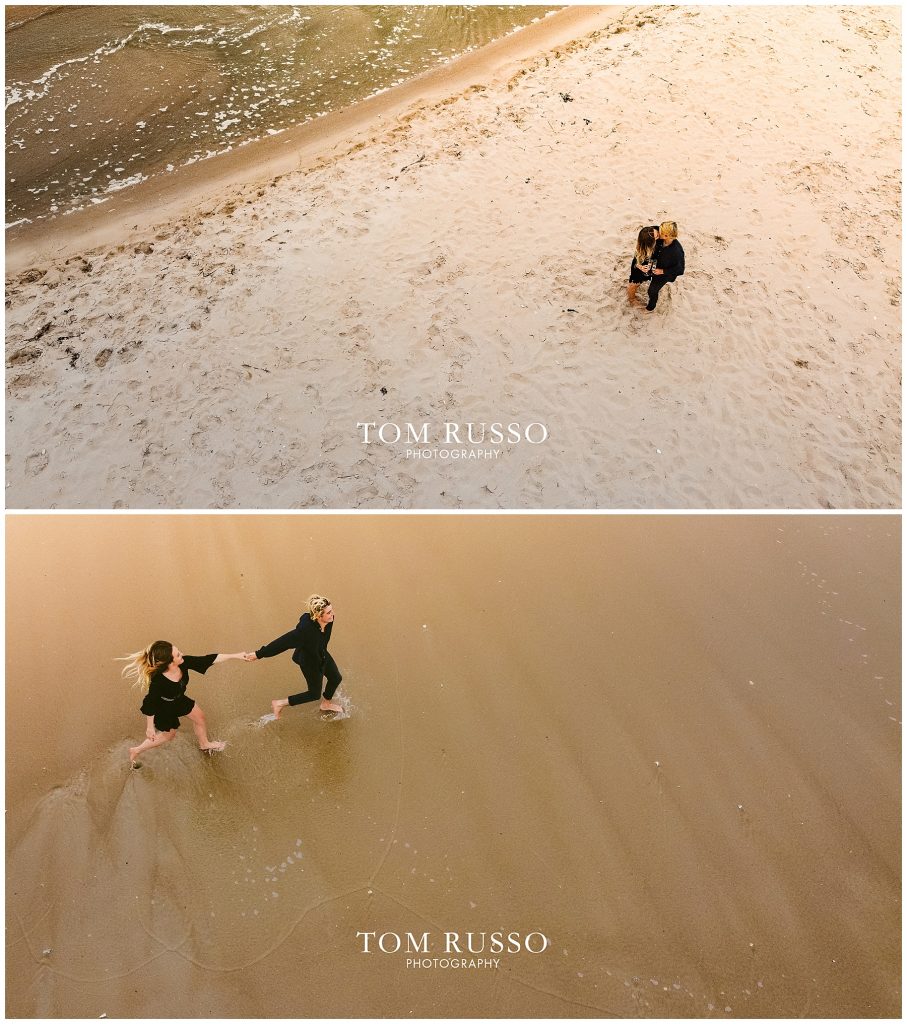 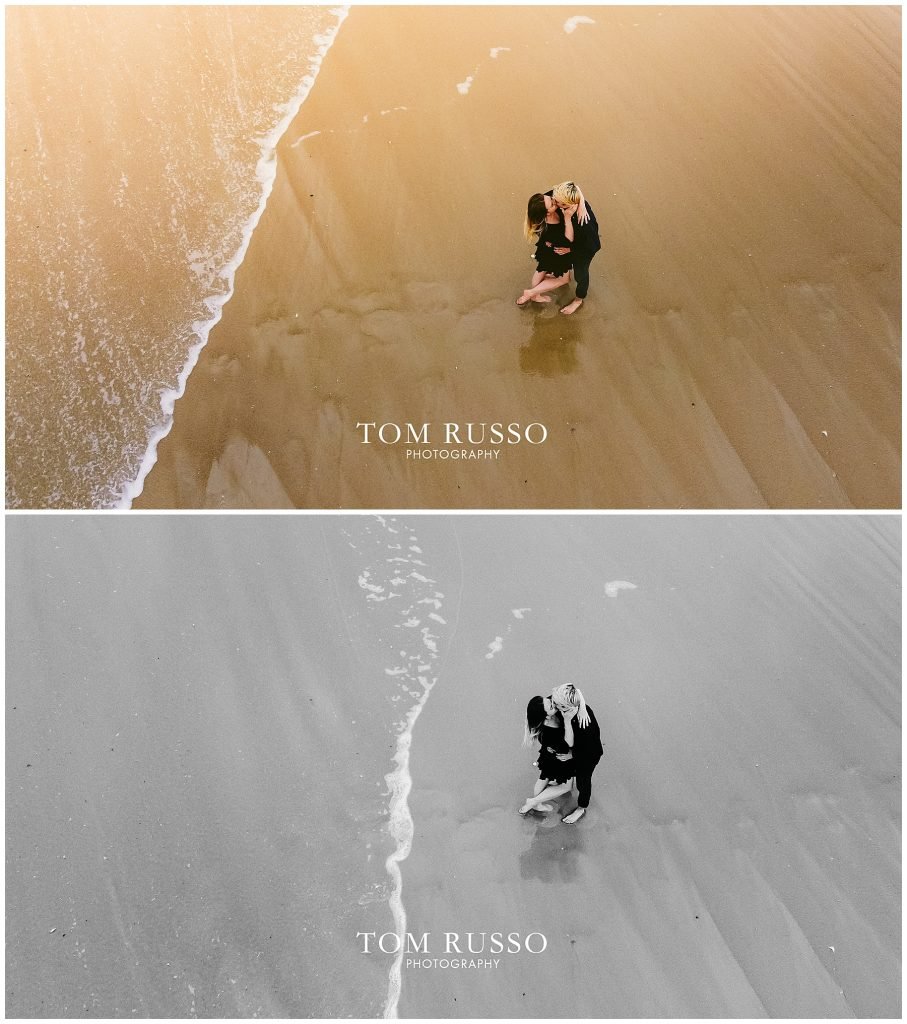 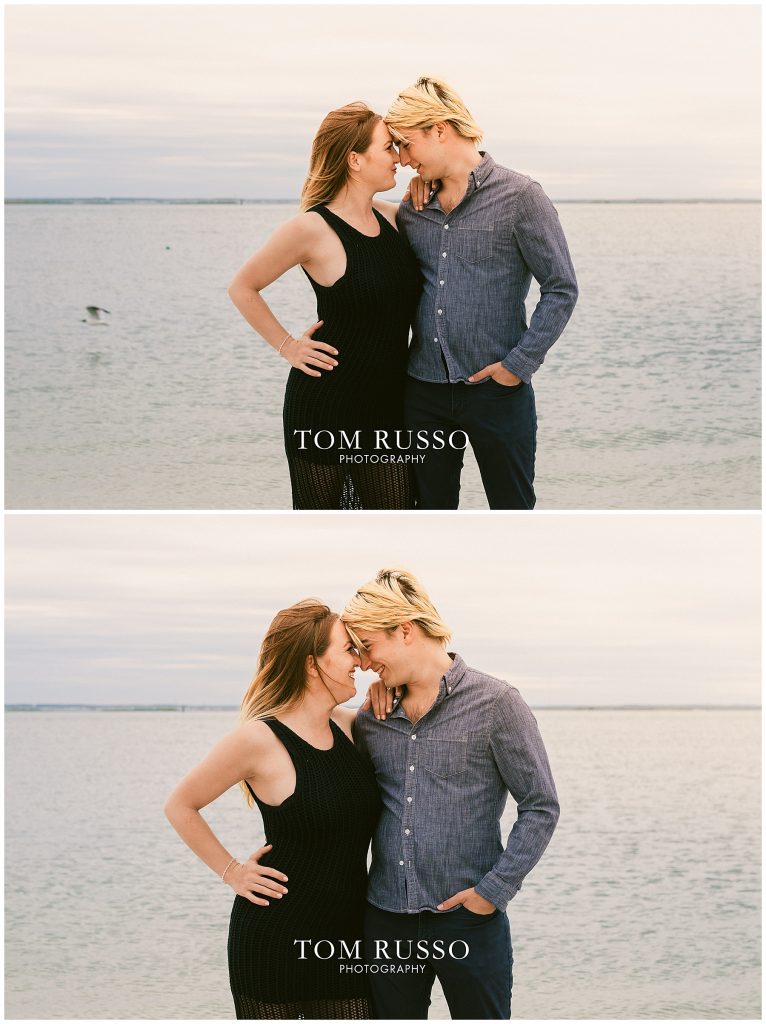 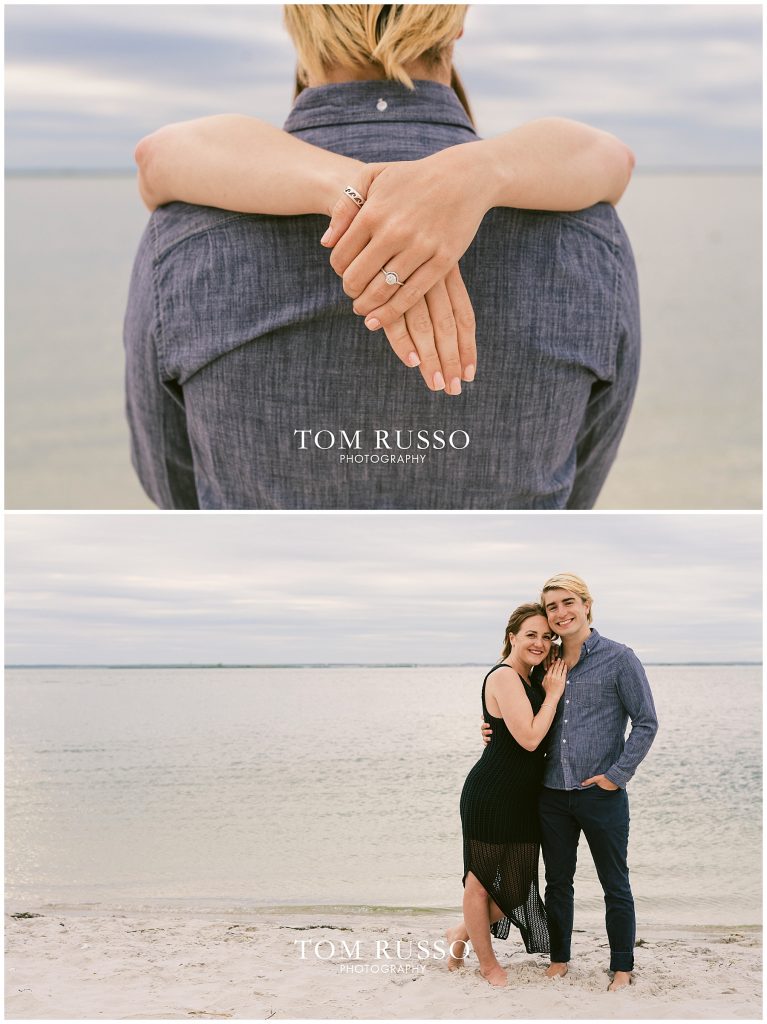 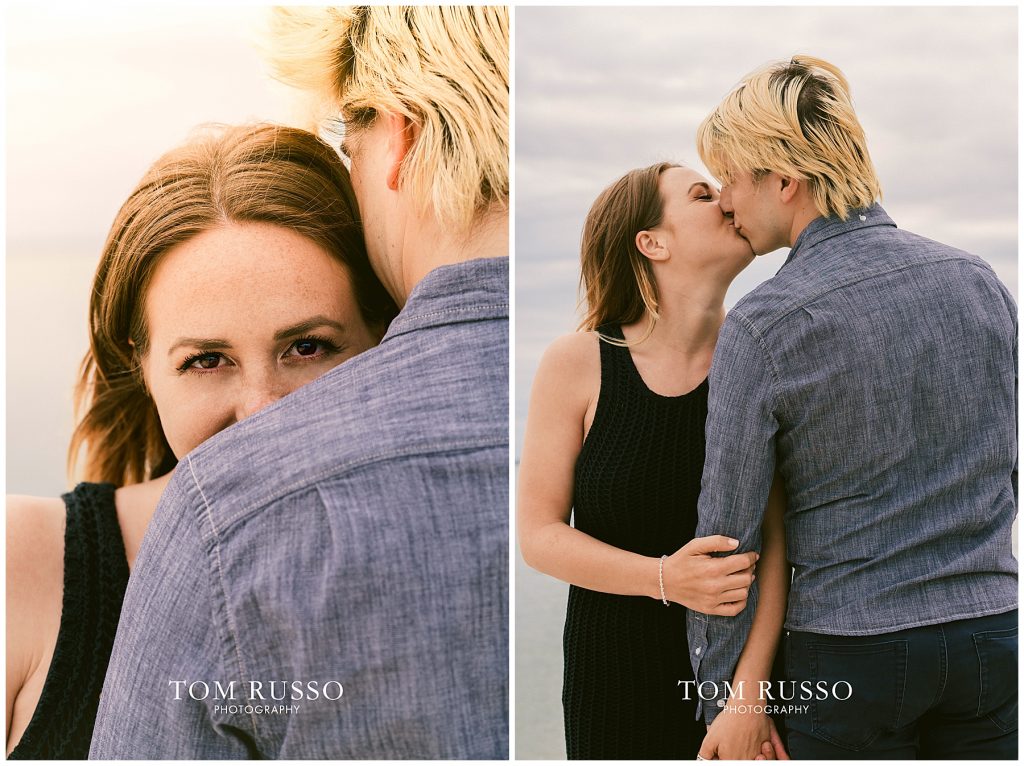 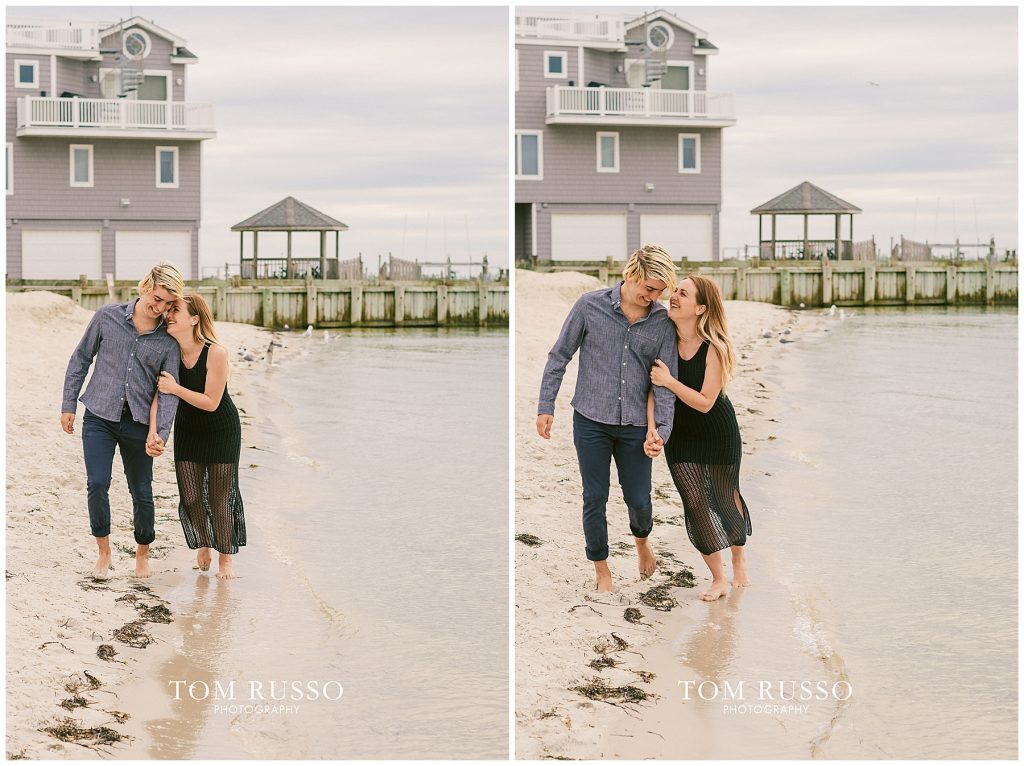 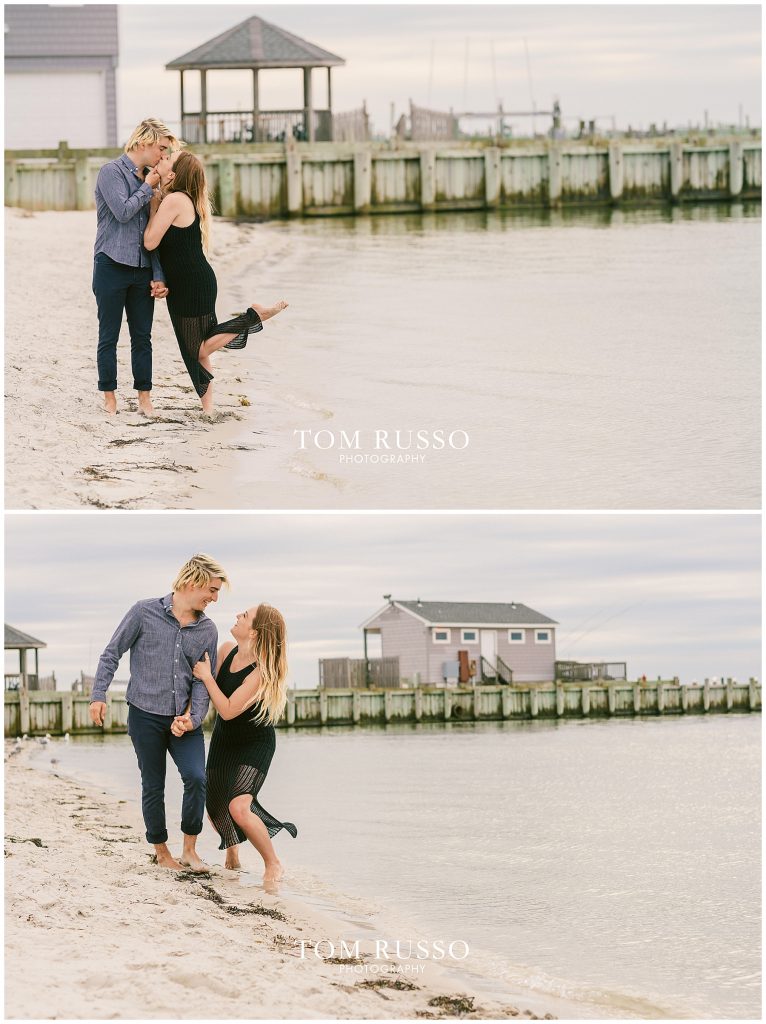 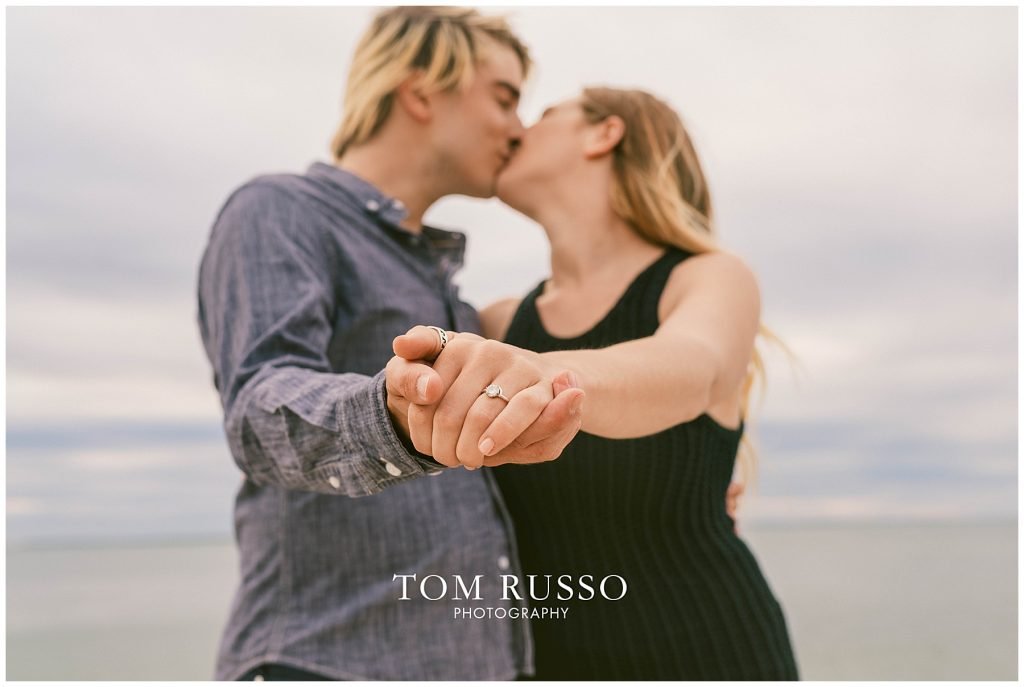 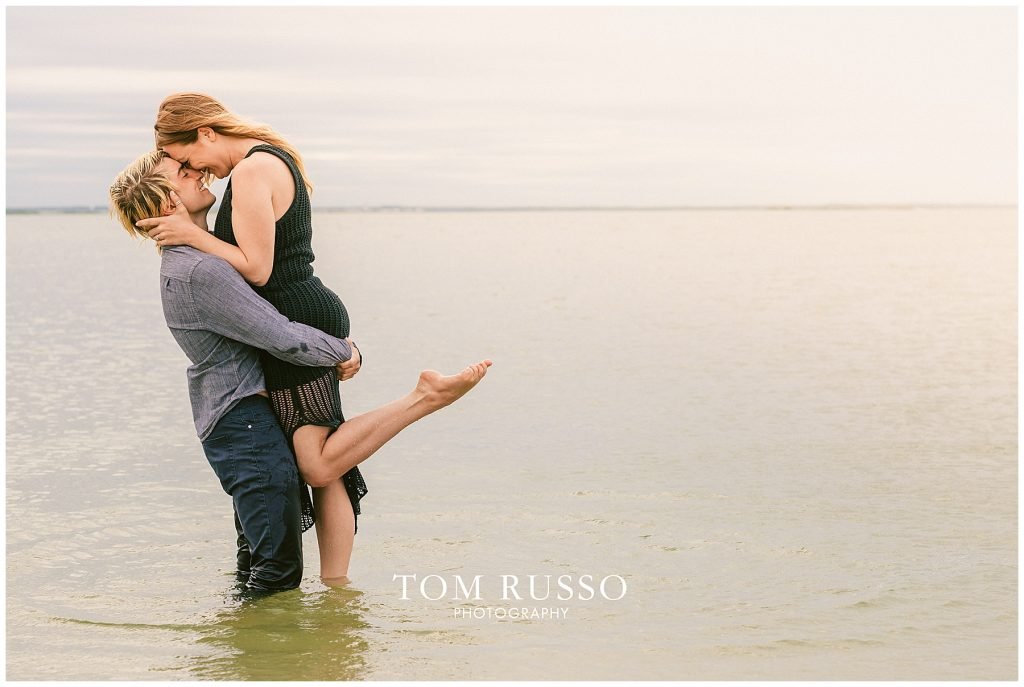 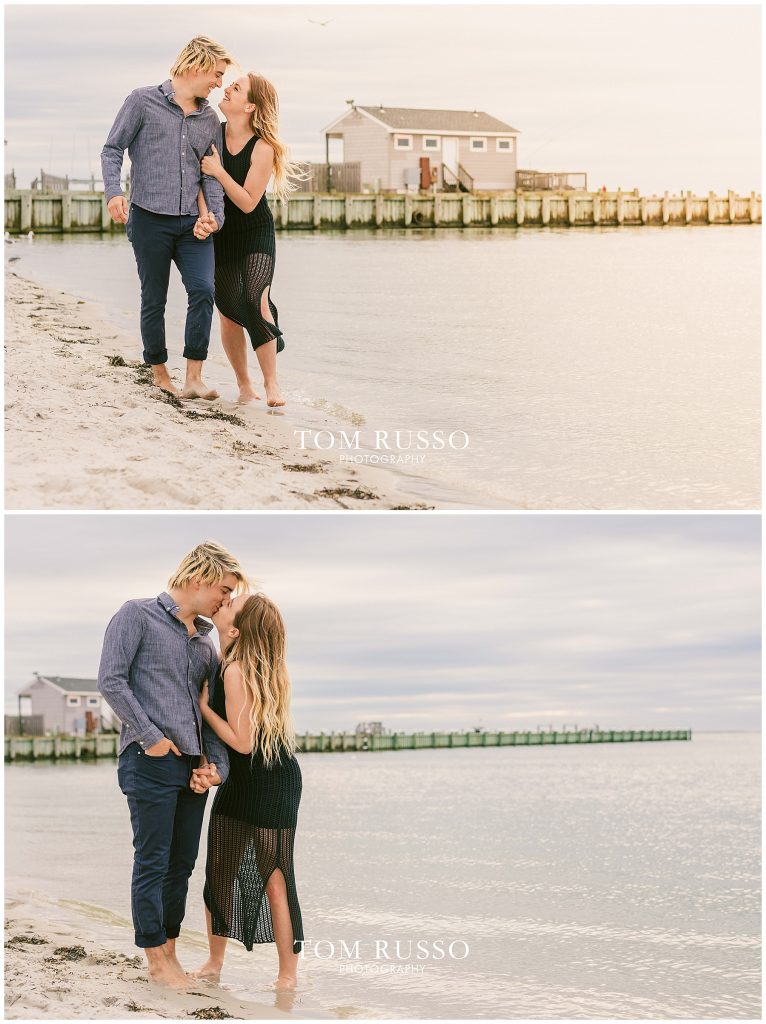 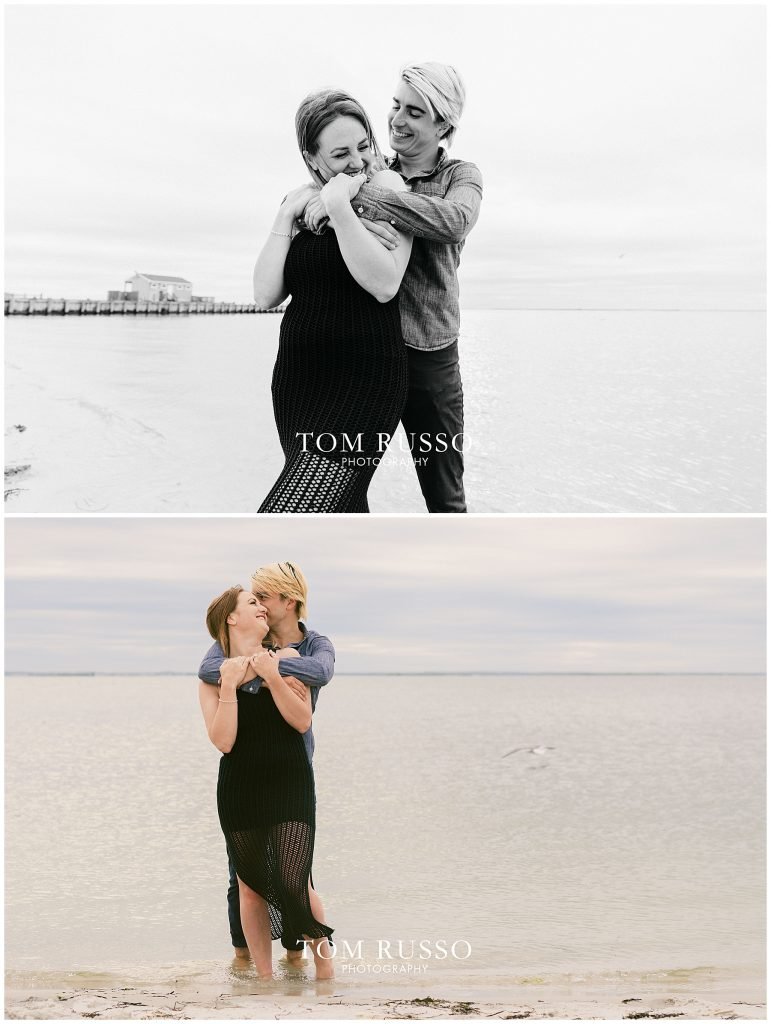 What are you most excited about for your wedding?

“Celebrating with our family, friends, and loved ones. Eating, drinking, and dancing all night.”

If your love story was made into a movie – What would you title it?

What is something that means the most to both of you?

The ocean and the outdoors 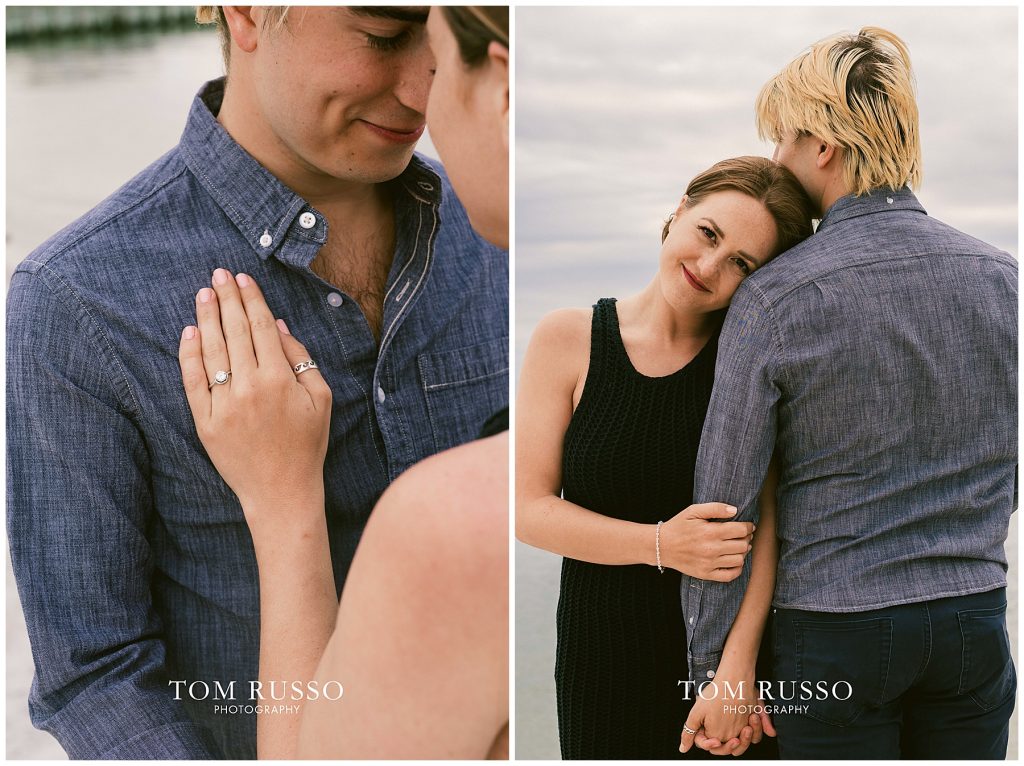 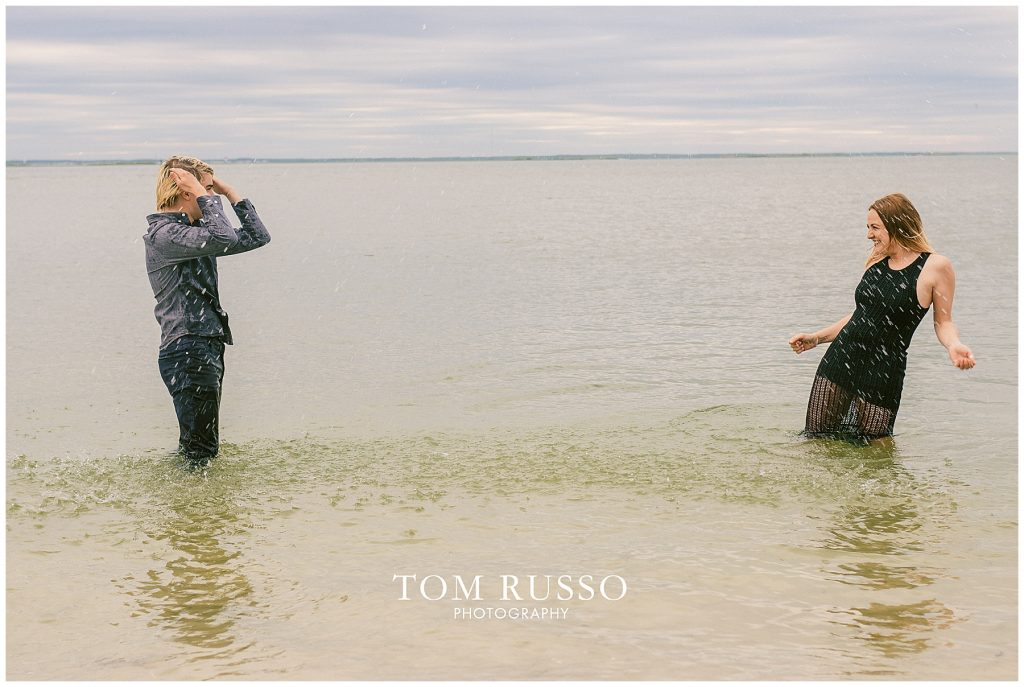 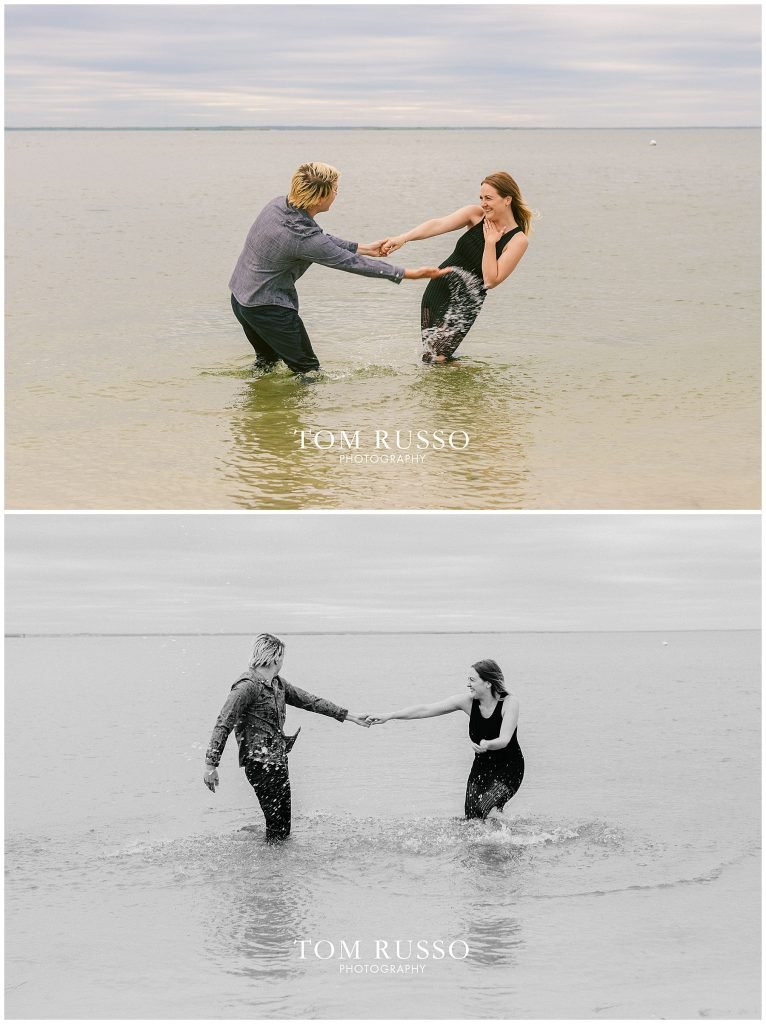