The weather was not on our side and it was very windy, the tide was higher than normal and there was seafoam all over the shoreline. The beach was surprisingly crowded considering the weather and time of day. One thing I have learned about Manasquan is that no matter what the weather is or what time of year it is, the beach is ALWAYS crowded.

I met Rebecca and Carl back in January of this year from referral through a bridal expo. When she first reached out to me, she said that they were still in the beginning stages of booking a photographer and they wanted to wait. We kept in touch throughout the entire year and when we met to talk about their wedding, they were super excited about planning this epic engagement session.

This summer has had beautiful weather, amazing sunsets and wonderful couples to have worked with. Engagement Session Manasquan NJ 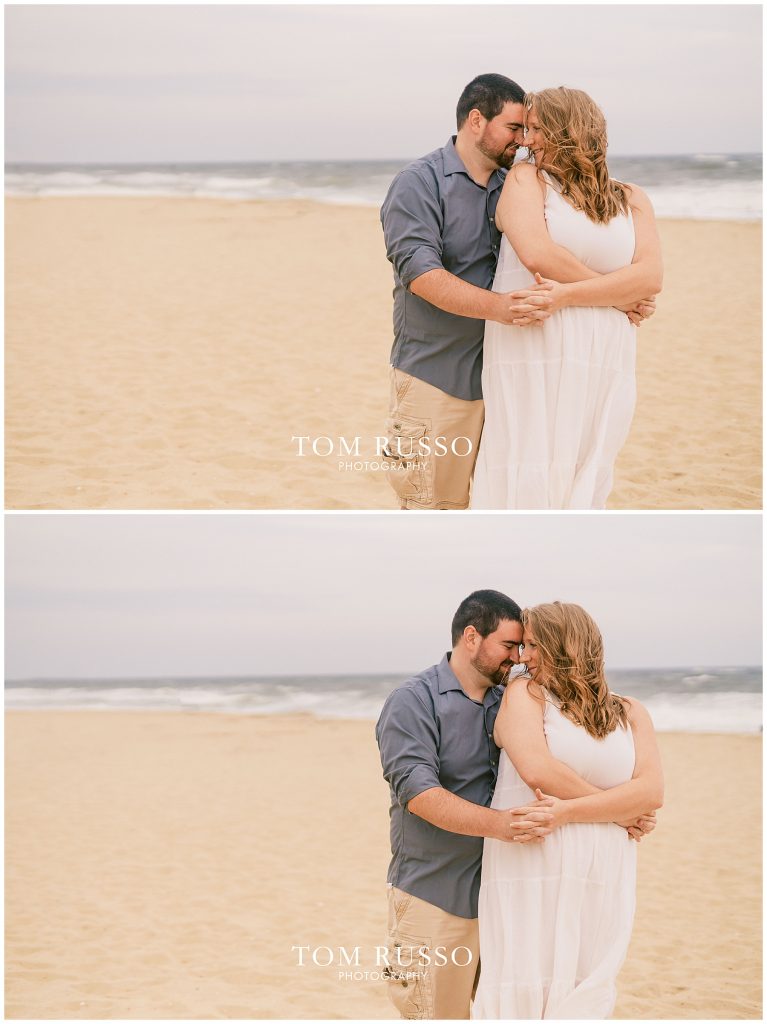 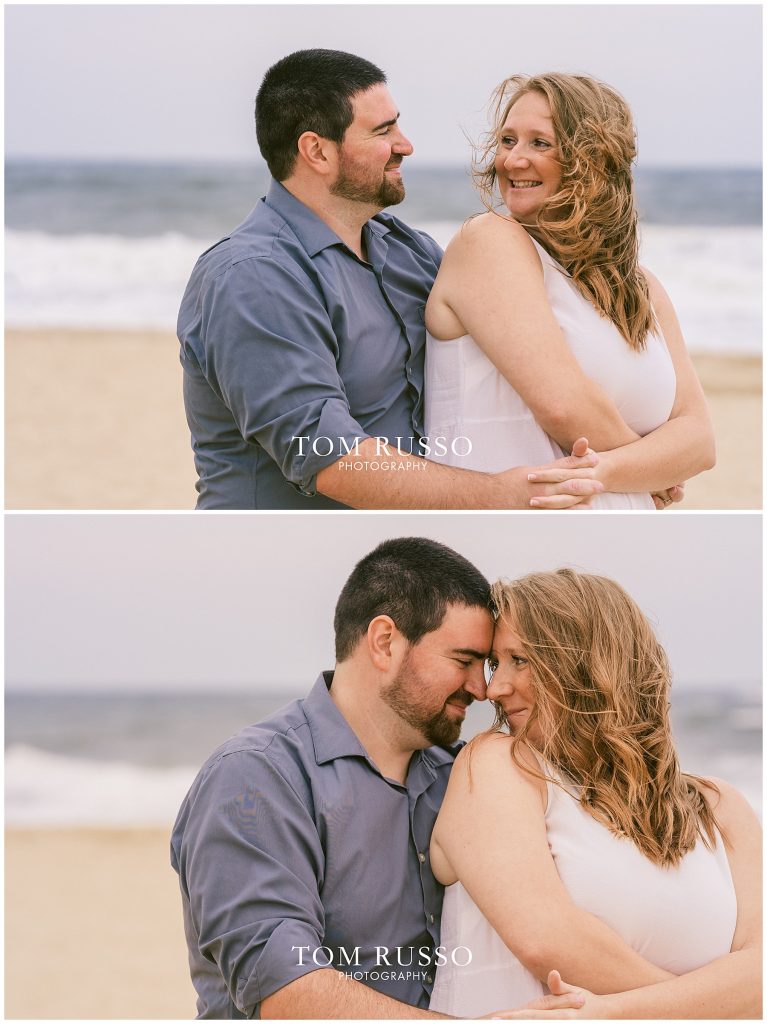 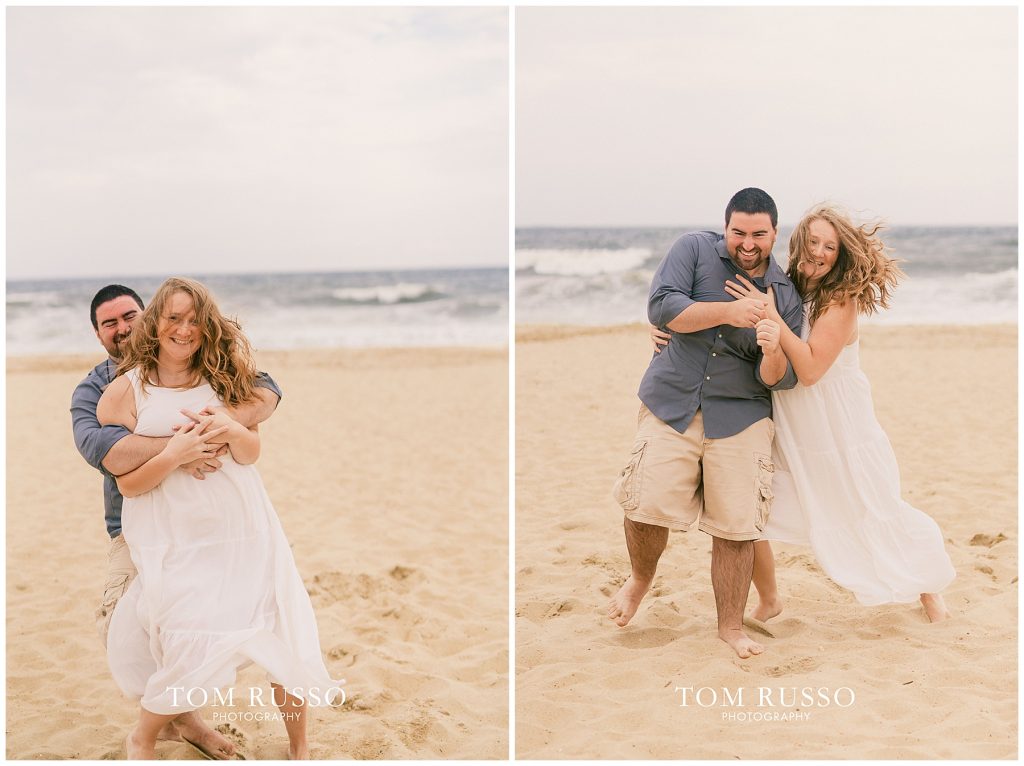 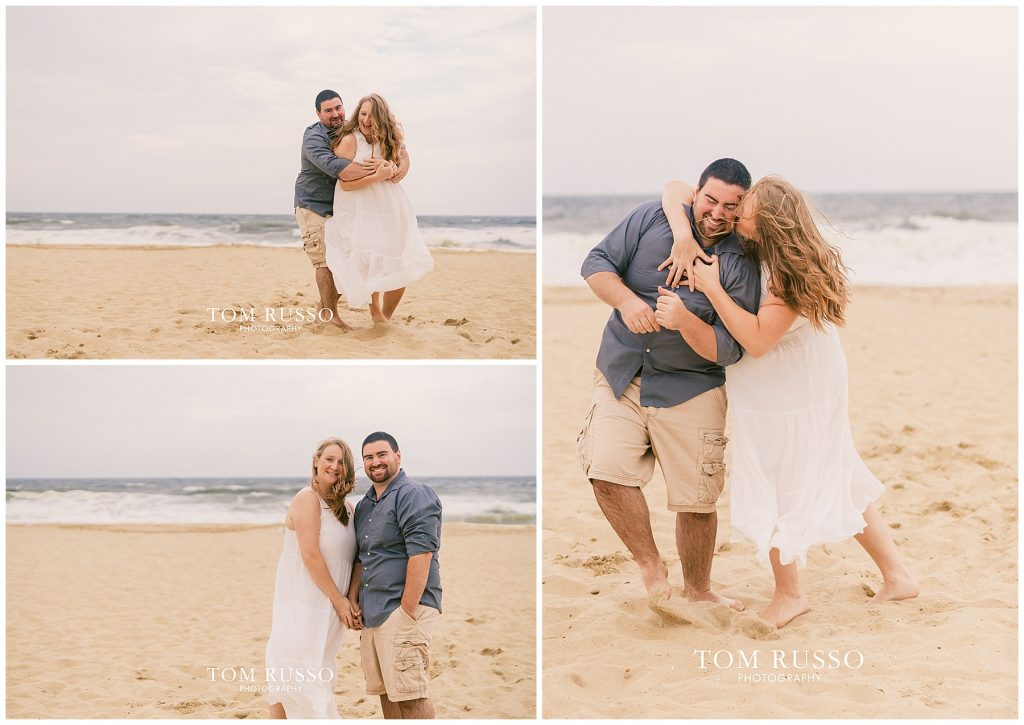 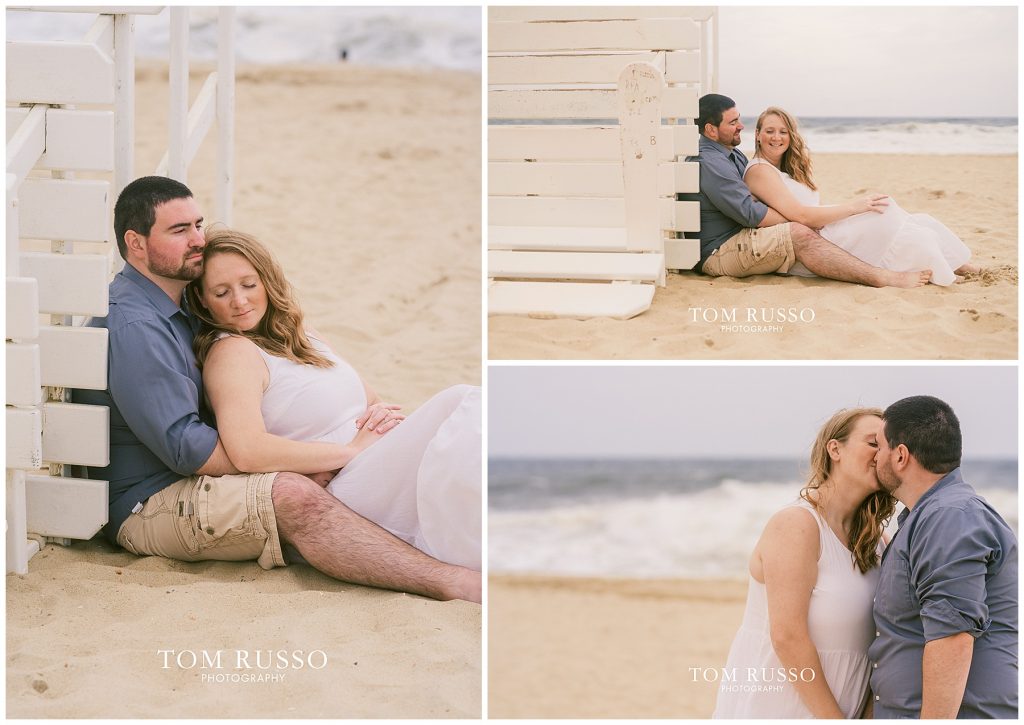 Rebecca and Carl met in middle school. They both grew up on opposite sides of town and attended different elementary schools. Rebecca moved to South Carolina for 2 years and when she moved back that’s when she and Carl officially met. Engagement Session Manasquan NJ

“We were both in band and played the trumpet, but our real shared love was over baseball. We were friends for years but nothing more than just talking to each other when we saw each other.”

Carl took Rebecca on their first date to the movies at Kinnelon Cinemas which was a week before he asked her to be his girlfriend. Engagement Session Manasquan NJ

“Our first date is really funny! It was a rainy day, both of us had practice moved inside. After practice, I got a text from him that asked me if I wanted to go see Bridesmaids with him. I assumed he meant to go with our entire friend group. When he responded and said that meant for it to be the two of us, my heart jump out of my chest. He picked me up and drove me to the movies.”

“When the movie started, the very first scene was SUPER awkward because it was a sex scene between Kristen Wiig and Jon Hamm, but because it was a comedy it was hysterical. We both looked like a dear in headlights!! The movie went on, we settled in, the nerves faded. On our way home, he played Rascal Flatts in his car and sang the entire way home. It was such an effortless night”