Danielle and Howard’s Engagement Session Verona Park Verona NJ was such a FUN session! I met Danielle and Howard when they inquired with me to do their engagement session. Our original plan was to shoot at Bear Mountain in NY but because of COVID-19 and the regulations of the state park in NY, we were unable to shoot there. So I told Danielle about Verona Park and they were immediately on board with it. When we arrived, Howard told me that he loved it and that there was so much to do there.

Their exact words, after the session was over, was “we had such a great time and we can’t thank you enough for making this so easy for us. We were so nervous about being in front of the camera”

I am so excited to share their story with you all! 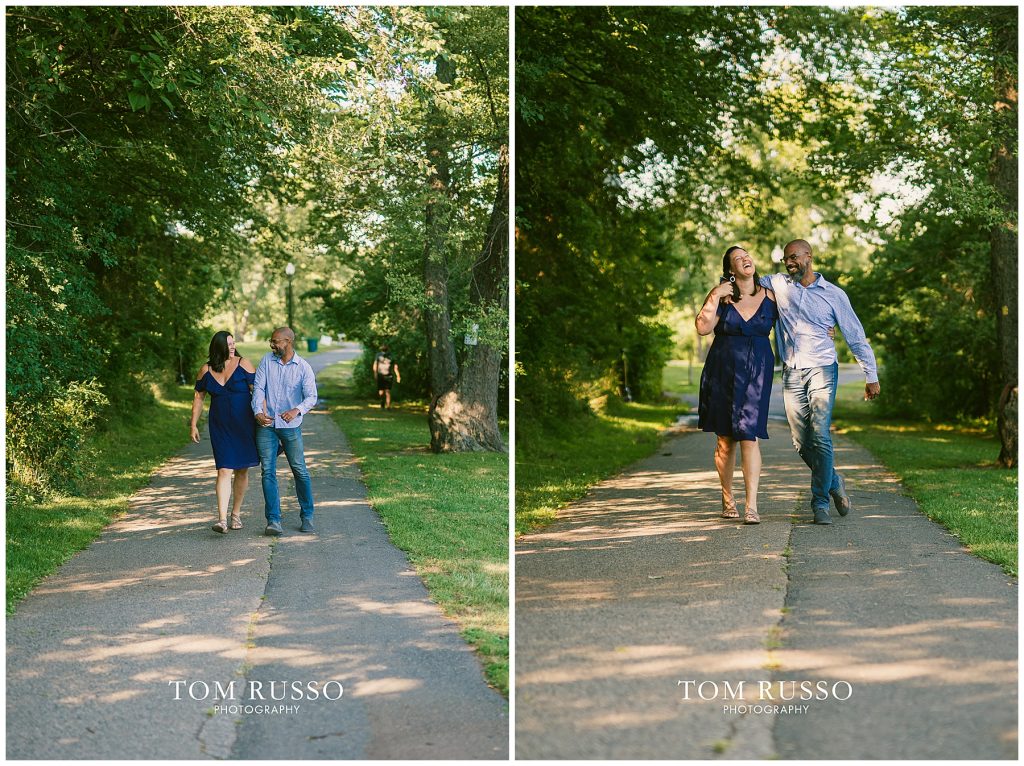 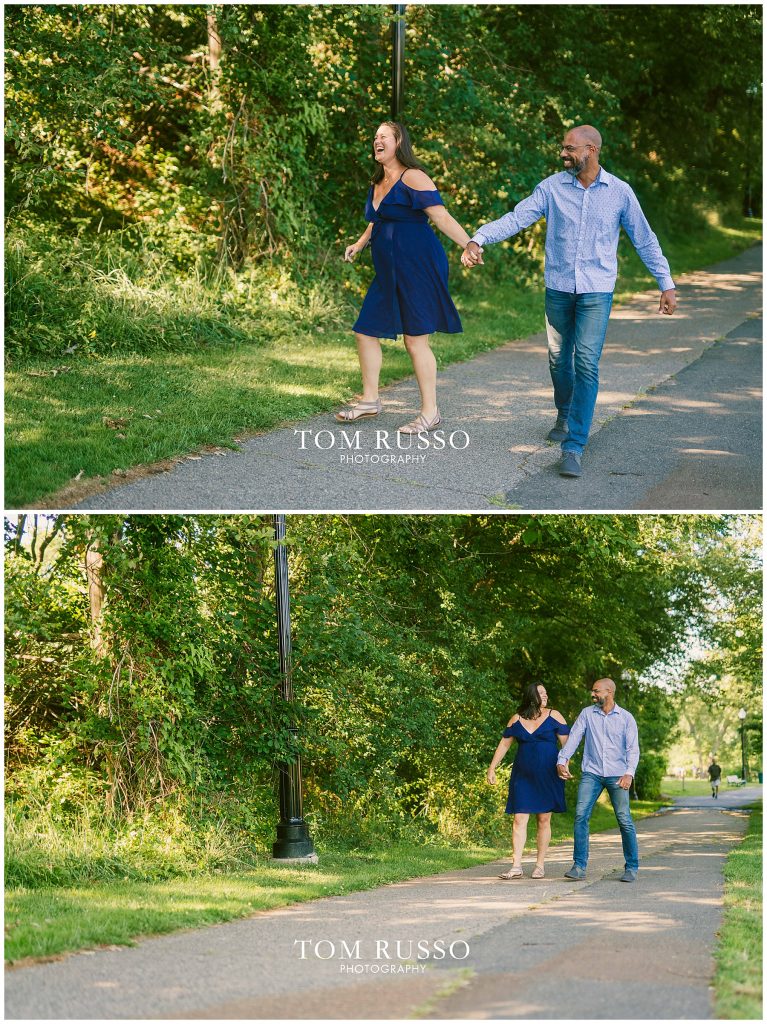 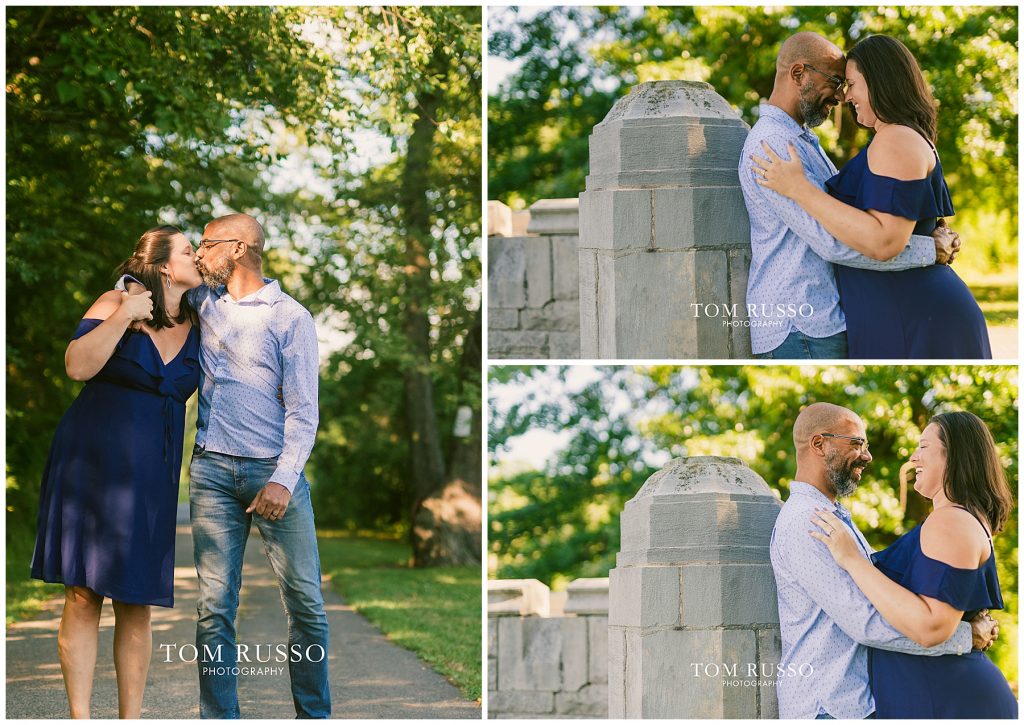 Danielle and Howard met online. He was getting ready to give up on the “failed experiment that is online dating.” She thought he had a cute smile so she sent him a message. He saw her profile and decided one more shot. They went back and forth a few times, when it was almost ruined by a message not sending properly. He sent a followup message and they connected the dots that they were both waiting for the other to reply!

Phone numbers were exchanged so the miscommunication couldn’t happen again.

Their first phone call lasted longer than either expected and it finished with a discussion on football. Again, disaster struck, she is an Eagles fan and he is a Cowboys fan. They both said goodbye unsure if they would talk again, this was a big deal! Their second phone call went just as well and the competitive banter for Wentz vs Dak began and continues to this day. 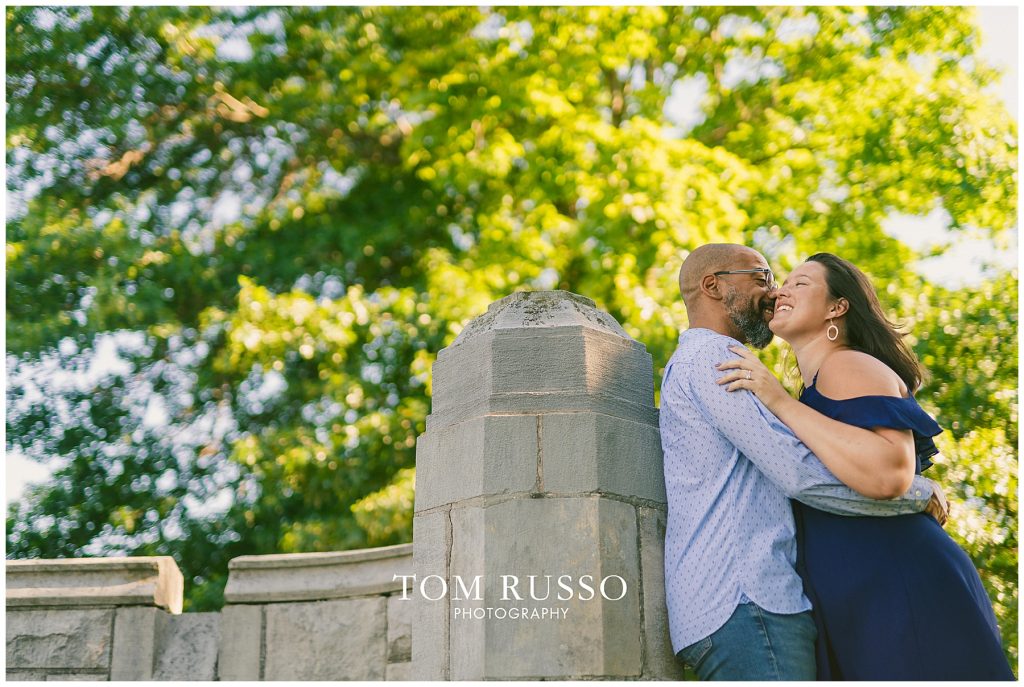 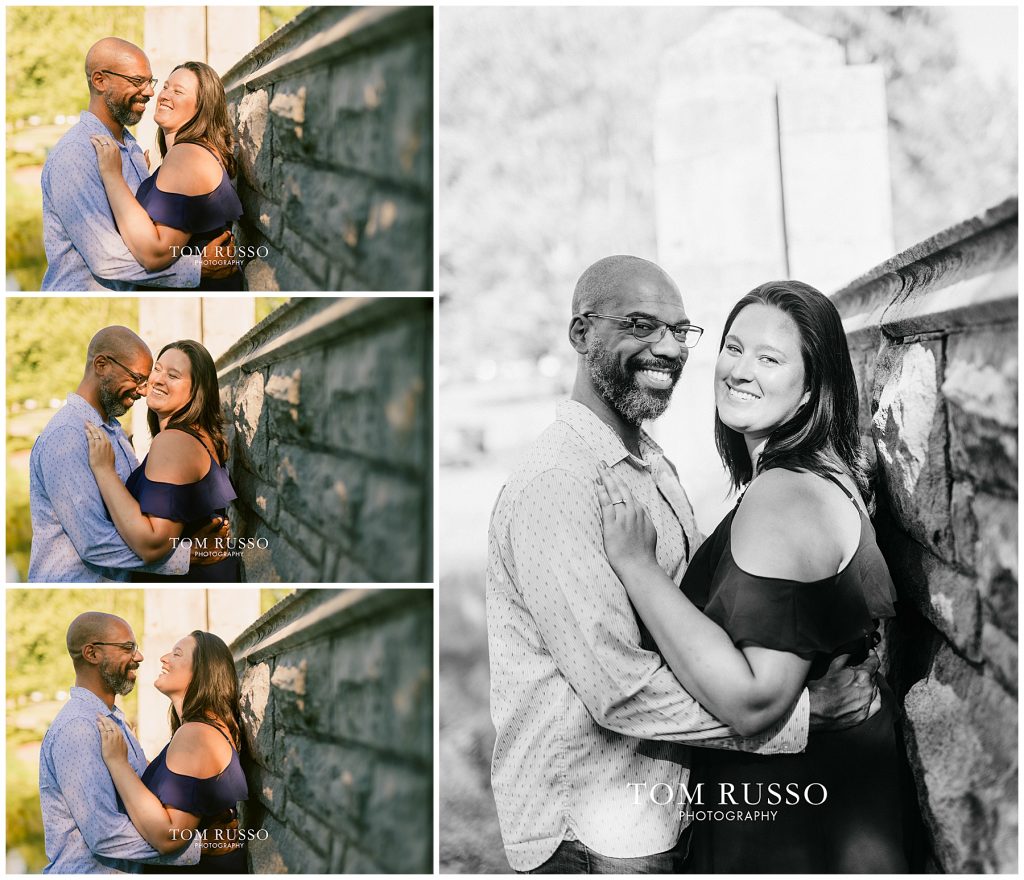 When I asked them how they fell in love, this is what Danielle told me. “Loving him was cumulative. I loved his smile from day one but I think it really took root when I witnessed his quick and easy kindness around my own father. At the time my dad had moved back from Florida and was living with me because his ailing health limited what he could do. I was impressed that it didn’t intimidate Howard.”

“My heart swelled each time Howard stepped up to the plate with simple tasks like carrying heavy boxes or jumping up to grab a glass of water while I was in the other room. He helped. No hesitations. No avoidance.”

“And it was early in our relationship so he didn’t have to do it, there was no obligation, but he did. His willingness to help and participate, and his “of course, why wouldn’t I help?” attitude meant the world to me at the moment. In the years since, I’ve witnessed it in how he treats his mom, his family, his nieces, and nephews, and how it extends to my own family. He loves through action and I love him more for it.”

When I asked Howard the same question, this is what he said. “I knew I could trust her. She made our relationship about “us as a team”, not just one person over the other and it felt like having a partner. Every day was easy